Magic Round was an amazing weekend of footy and all the teams bought into the concept. The Big Three were on fire, the Ponga and Pearce show gets better each week, while the Tigers bounced back strongly. Check out who's hot and who's not in this week's Power Rankings.

This team keeps amazing me and I think they might have the best 25 to 30 players I've seen in terms of knowing their roles and everyone having an impact. They keep getting injuries during games and keep managing to hold on. James Tedesco, Latrell Mitchell, Cooper Cronk and others were outstanding and they just keep playing their best games every week. A great performance again from the Roosters.

The Bunnies roll on and Damien Cook was really good. He looks like he's got a bit faster and he's not over-thinking things and that frees him up to relax and just play footy. Wayne Bennett has a knack of making you relaxed off the footy field and Cook is certainly reaping the benefits of that. Cody Walker continues to be fantastic and the Rabbitohs are a big, big threat to the Roosters going back to back.

A fantastic bounce back by the Storm. Cam Munster looked like he was getting into form ahead of Origin and Cam Smith was outstanding the way he pulled that Parramatta team apart. There was a feeling that they were going to respond to Craig Bellamy's comments after the Sharks loss but no-one thought it would be that emphatic.

It was a huge test against the Roosters and they were totally out-played before coming back but they failed to fire a shot when it mattered earlier in the game. The alarming thing for Ricky Stuart is that when the Raiders have played the top echelon teams their defensive systems have been pulled apart. They need to address that but the Raiders are still going to be up there.

They just keep rolling along despite a long injury list. Chad Townsend's in career-best form and they showed again on the weekend that they don't panic when they're struggling a bit. They came away with another important win from a game they could've lost, and every win they get without top-flight guys just makes them stronger come September.

I'm really loving watching Manly play. They hustle and bustle and turn up for each other every week. No matter how many injuries they get they keep working hard in defence and always manage to find themselves in games. I know they lost but there was periods in that second half if they had just one or two quality players they could've really pushed the Broncos.

Quite a drop for the Eels. They were really poor with their contact in that opening period when they made the change for Reed Mahoney. They were never going to be in that contest after that first 15 minutes and looked like they stopped trying in the back end of the second half. They all stopped talking and communicating, so I expect a big bounce back this week against the Cowboys.

Three in a row for the Knights and it's nice to see their season still rolling after a horror start. They faced a bit of a banana peel game against the Dogs because they were expected to win and they found themselves in a contest before the brilliance of Kalyn Ponga iced that game. Good to see this team living up to their potential.

Up one spot, but the reality is their last two wins have come against depleted Sharks and Manly sides, so pump the brakes on the Broncos being fully back. They were in trouble early against Manly and did well to get back in the game and get a result, but their real test comes this week against the Roosters.

Got out to a dangerous lead early on and really struggled in the second half to lock up that game. For a while it looked like being a good Dragons win without Corey Norman but they fell away and I'm worried about where this team is headed without Norman. Ben Hunt needs to lift and be their best player if they're going to get out of this mess.

An outstanding performance against the Panthers, a really strong bounce back effort. The Tigers looked fast, they looked fresh and Michael Maguire got them in the right mindset. Benji Marshall and Robbie Farah pulled all the right strings and the Tigers should take confidence into a huge game against Melbourne this week.

The teams down at the bottom have swapped places over the first nine rounds and I don't really see that changing much for the rest of the season. The bottom teams have a good game and the next week not so good because they struggle to be consistent. The Bulldogs fall squarely into that category.

I'm really happy for the Warriors that they showed some fight and if they can bottle what they had on the weekend - the excitement, the energy and will to win - they'll certainly get more victories. To be able to come back against the Dragons in those circumstances was a really good win and they surprised a few people.

Tried hard but came up against one of the competition heavyweights and were out of their depth for the most part. This is pretty much why they'll be down near the bottom for the rest of the year, because they can win games but they struggle to score points against the real big guns of the competition.

Get Caught Up - Magic Round

This team continues to throw games away. They led a depleted Sharks side but failed to do the little things right and let Cronulla back into it. The Titans were really disappointing and let another game slip. Ash Taylor was better but no Tyrone Roberts means no composure for the Titans.

An absolute rabble. It's hard to watch the Panthers and you get the sense they all look tired. They failed to fire a shot against the Tigers and they've got serious problems. It's going to be a long 16 or 17 weeks if they continue to play like that. 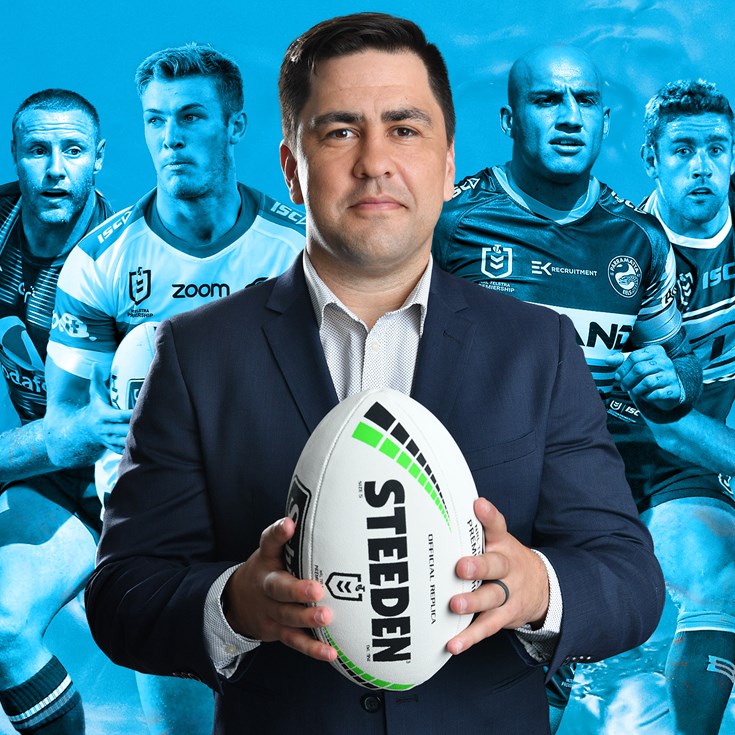