Maroons enforcer Josh Papalii has his sights set on entering the professional boxing arena where a heavyweight showdown against his old nemesis Paul Gallen looms large.

Papalii, who said he had informed Raiders coach Ricky Stuart of his plans, conceded that for now boxing powerhouse Gallen was "a bit too out of my class" but he is no stranger to rumbling with the former NSW captain on the field.

The pair famously came together in a heated confrontation in an NRL finals clash in 2012 when Gallen later referred to a "dog shot" that he believed he received from the young Raider.

That animosity was put to bed on the Kangaroo tour of 2014 when Gallen invited Papalii to do some sparring in the gym, a gesture Papalii later said he appreciated immensely.

The pair have since had some fiery confrontations in the Origin arena and Papalii, with 12 games for Queensland to his credit, has spoken of his respect for Gallen.

Papalii said on Sunday after a Maroons gym session he had an affinity with the fight game. Growing up in Logan, his father, Patrick, and cousin Alex Leapai, who took on Wladimir Klitschko for the world heavyweight crown in 2014, would train him in the ring.

"Boxing is something I will be happy to do in the near future,” Papalii said.

"It is something I am passionate about and something I want to do before I am all dusted up. I would love to. Ricky knows my passions and I’ve been with Sticky for so many years now.  He understands what I want to do in the near future and he will be alright with it.

"I’ve got a lot of cousins who box and my little brother [John] got forced into the ring when we were younger. We stuck to it and our old man would take us to parks and to boxing rings."

The 112kg wrecking ball is serious about his intentions but joked assistant coach Justin Hodges, who has also entered the boxing fray, was more in his league at the moment than Gallen.

"Yeah, Hodgo. That is why Hodgo is in there," Papalii chuckled when asked about a possible showdown with his former Maroons teammate.

On the field, Maroons forward Felise Kaufusi said Papalii was regarded in the highest esteem by his teammates as he recalled his infamous clash with Gallen seven years ago.

"Yeah, that just shows his character. A young bull going up against a veteran and he didn't shy away or turn away from that. Now he is one of our senior boys and us younger blokes look up to him," Kaufusi said.

“I don't know how much he weighs, but he has a low centre of gravity and he's a bit of a wrecking ball. He's hard to handle and I'll be watching on when he comes off the back fence and bends some boys back."

Papalii said he couldn’t wait to run out alongside Jai Arrow in the front row in the Holden State of Origin series opener on Wednesday night at Suncorp Stadium.

"I like playing with the younger players coming through these days and especially with Jai. He is a natural workhorse and a tough little player," Papalii said.

“We just seen to adapt well to the way we play and hopefully we can do that on Wednesday as well.

"It just gives me a bit of confidence knowing the young fella will turn up and keep going. Jai has been in great form as well for the Titans. He has come into camp with that quad injury but he seems OK and is ready to go." 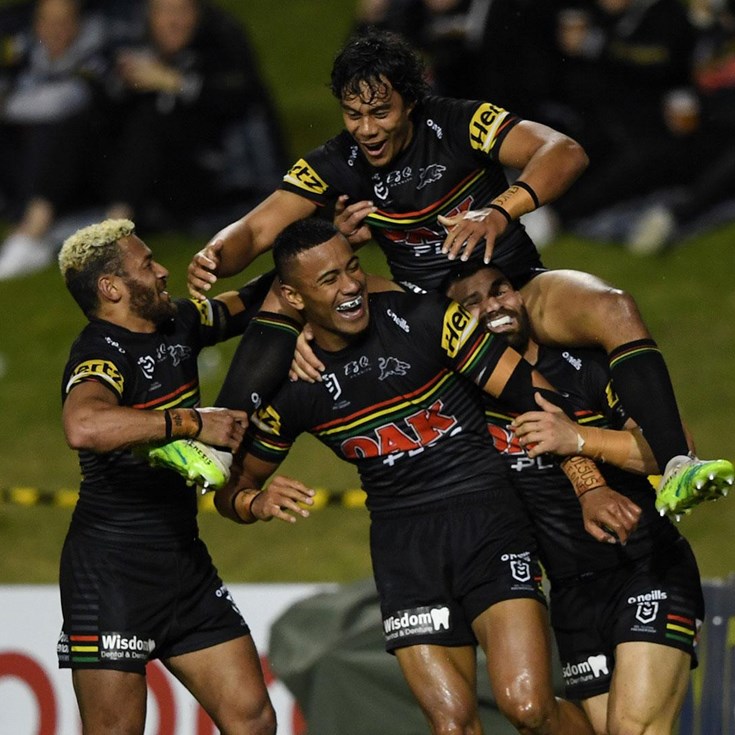