Brisbane could leapfrog the Eels and climb into the top eight with a win a Bankwest Stadium here.

In the past month Parramatta has just one win while the Broncos have just one loss, yet it's the Eels who remain in eighth place going into this contest.

And Parramatta have reason to believe they can stay there for another week, with Brisbane missing injured halfback Tom Dearden and forwards Joe Ofahengaue and Alex Glenn after their surprise round 13 loss to the Gold Coast.

The loss of Dearden for the next five weeks or so creates another headache for coach Anthony Seibold, a little over a month after the club let former halfback Kodi Nikorima leave for the Warriors. It means there's more responsibility on the shoulders of Anthony Milford than ever before, while for Parramatta Mitchell Moses remains under intense scrutiny as the team's chief playmaker for the foreseeable future after signing a new three-year deal with the club.

Eels: The Eels will line up 1-17 as named on Tuesday for this crucial home game. Jaeman Salmon has been recalled to first grade at the expense of Will Smith, while Nathan Brown will start at lock and Ray Stone is the new face on the bench. Tepai Moeroa and Brad Takairangi were trimmed from the reserves on Friday night and Daniel Alvaro and Smith were omitted an hour before game time.

Broncos: Injuries have hit hard with halfback Tom Dearden (syndesmosis) and back-rower Alex Glenn (medial) both missing but the return of Origin back-rower Matt Gillett is a bonus for Anthony Seibold's men. Gillett's Queensland team-mate Corey Oates (hip) also returns, pushing Richie Kennar to the reserves. In Dearden's absence the pressure of steering the ship will fall to 20-year-old halfback Sean O'Sullivan, whose only NRL game was in 2018 with the Roosters. Patrick Mago and James Segeyaro were omitted from the squad on Friday while Kennar and Shaun Fensom made way an hour before kick-off.

Plenty has been written about the pressure on Moses and Milford so let's turn instead to a couple of the game's best barnstorming speedsters. Blake Ferguson was the form winger of the competition up until round 11, when he was surprisingly shifted to centre and delivered an error-riddled performance against Penrith that may have ended his chances of Origin selection. Corey Oates meanwhile has impressed with nine tries for Brisbane and another for Queensland after regaining his Maroons jersey in 2019. Both these players can rack up the hard yards out of their own end and produce moments of magic that could decide a contest.

It's all about defence. Parramatta are just one try away from having the worst defensive record in the league, so even though they're capable of racking up the points (they rank fourth for tries scored, with winger Maika Sivo on top of the table) they remain the only top-eight side with a negative points differential.

It's time for the veterans to step up. Teenage sensation Payne Haas may have led a Brisbane forward pack stuffed with young talent this season but with yet more troops now in the casualty ward the senior men at the club – Milford, Matt Gillett, Darius Boyd, Andrew McCullough – need to lead the way for the next month or so. Brisbane have often struggled during the notorious Origin period, but unlike most year they don't have the buffer of a strong start to the season to fall back on if they let a few winnable games slip through their fingers this time around.

With young Tom Dearden out, Brisbane have now got to find another halfback and create some new combinations for him. When you get smoked like Parramatta did last week your character gets questioned and your own pride would be hurting. Brad Arthur will be expecting his side to play tough for 80 minutes this week. If the Eels can build some pressure through Mitchell Moses's kicking game they can keep it close. Broncos by 4.

For a player renowned for his brilliant natural running game, Anthony Milford has shifted his focus dramatically towards kicking in the past couple of seasons. This year he's the only player in the NRL with more than 5000 kick metres, and his three field goals is also a season high. Before last year he had never gone close to making 200 kick metres a game – then last season he made 360, and this year the number is 425. Meanwhile his run metres have declined in each of the past four seasons. With yet another new inexperienced halves partner alongside him Milford may need to become dominant in both facets if he's to guide Brisbane back to winning form. 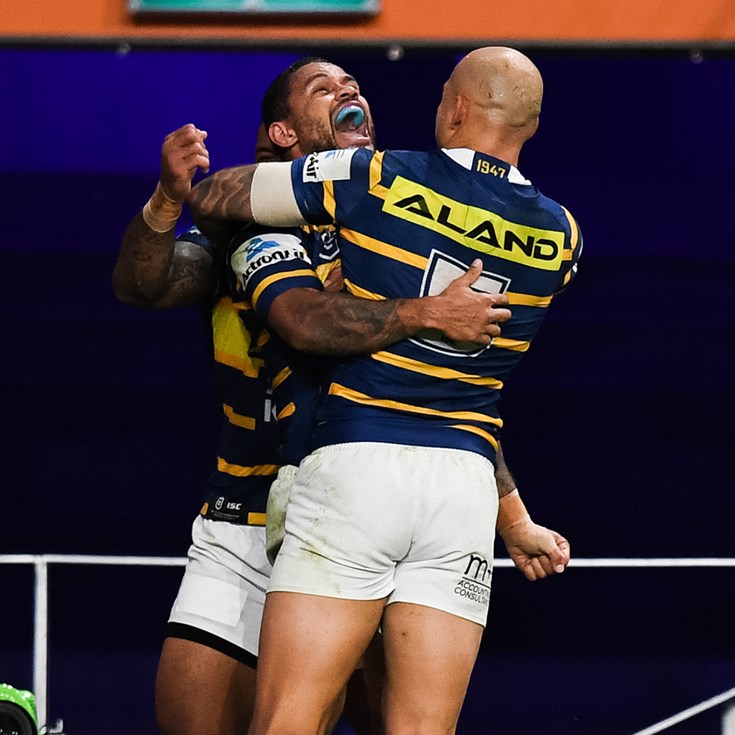 Eels blow Broncos away with brilliant display at home