Josh McGuire is on notice that any further judiciary charge is likely to result in a suspension but NRL head of football Graham Annesley insisted comparisons between the Cowboys star’s latest offence and the gouging incident which cost Canberra’s Hudson Young a five-match ban are off the mark.

Young was charged with grade three dangerous contact for gouging Canterbury’s Aiden Tolman in the Raiders round 12 win at ANZ Stadium and vision of the incident viewed by the match review committee shows his thumb digging into the eye of the veteran prop.

While there were questions about the severity of Young’s suspension, the video footage confirms why the Canberra rookie pleaded guilty rather than have it shown at a judiciary hearing where he would have risked an almost certain seven-match ban.

In comparison, the raking of Manly centre Dylan Walker’s face in last Saturday night’s match in Townsville can be considered minor and the Queensland and Australian lock received a $4,500 fine, which was reduced to $3,400 with a 25 per cent discount for an early plea.

“There is a significant difference between a facial, for want of a better term, and poking around in the eyes of the opponent or what we traditionally call eye gouging,” Annesley said.

“When you look at the evidence available in that charge this weekend compared with the charge of the Raiders player, there is a significant difference in the evidence which is available."

Annesley explains why McGuire was not suspended

However, after being fined earlier in the season for a similar incident involving Melbourne five-eighth and Maroons team-mate Cameron Munster, McGuire faces a suspension for any further judiciary offences.

Under the fine system, which was introduced in 2017, players are only allowed up to two fines per season for minor offences, with even the most minor charge likely to result in a suspension due to loading.

With a grade one contrary conduct charge worth 100 demerit points, and 100 points equating to a one-match ban, McGuire is facing suspension for any further offence as he would have loading of 40-to-100 per cent from his two previous convictions.

“After a player has had two fines there are no more fines so any further offences, whether it be McGuire in this case or any other player who has two offences in the course of the year, they are in the territory of suspensions even for a low grade offence,” Annesley said.

McGuire’s reputation as an enforcer and his previous judiciary record don’t come into consideration when the match review committee consider a charge but loadings and carryover points from previous offence impact on the penalty.

“I know that there is a temptation by some people to look at the player who has committed the offence and that then colours their judgement about the seriousness of the offence but they are two separate matters,” Annesley said.

“In the McGuire case, what we have to be careful of is disassociating the person committing the offence with the actual offence itself because the match review committee don’t look at the background of a player or the number of charges he has had.

“All they look at is the offence and they try to be as consistent as possible in grading that offence as a stand-alone incident. In the case of these type of incidents that McGuire was involved in there has to be an assessment of the seriousness of the offence based on the evidence which is available.

“If a player has a record, that catches up to him when the calculation is done. If a player has prior offences that involves loadings and so forth but it doesn’t change the actual grading of an offence.”

Annesley said the $4,500 McGuire has paid in fines this season go to the RLPA's wellbeing and educational program and measures are in place to ensure players are docked by their clubs.

“The player pays the fine and they pay the fine to the RLPA so it is audited to make sure that clubs don’t pay and that it is a deduction from the player’s salary," he  said.

Meanwhile, Annesley conceded that the Cowboys had been hard done by in two incidents which led to a Manly try, including a strip by winger Enari Tuala on Sea Eagles centre Moses Suli, which resulted in a penalty to the visitors on North Queensland’s line.

Annesley said it had been a loose carry by Suli.

However, he said a try to Cowboys captain Michael Morgan should have disallowed because of an obstruction which denied Manly second-rower Joel Thompson the opportunity to attempt a tackle.

A penalty to South Sydney after last Friday night’s melee at ANZ Stadium should have been awarded to Newcastle as Rabbitohs prop Tom Burgess sparked the flare up by head butting Daniel Saifiti, who should have been the only Knights player sin-binned as Lachlan Fitzgibbon did nothing wrong. 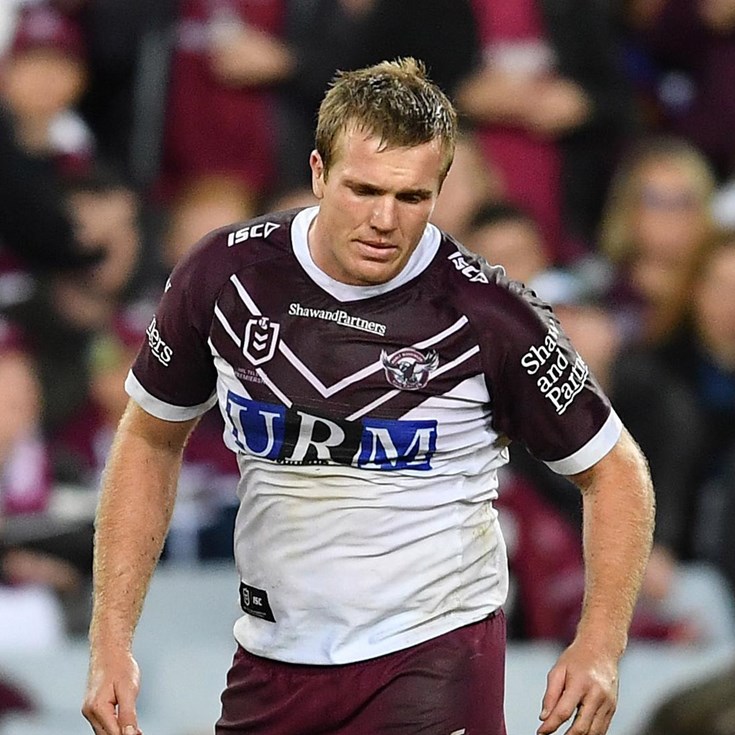