Parramatta captain Clint Gutherson says he was as surprised as anyone to learn 233-game veteran Tim Mannah was set to leave the club for Wests Tigers but wouldn't be drawn on the club's plans to replace him.

After settling his own future at the Eels a month ago, attention is now set to turn to the futures of more than a dozen of Gutherson's teammates in the top 30, who are without deals for next season.

Mannah's days at the club appear numbered, particularly with Wests Tigers coach Michael Maguire confirming interest in the stalwart before his side flew to North Queensland on Wednesday morning.

Parramatta will train under lights at their training base in Parramatta on Wednesday night and Gutherson indicated Mannah was likely to appear after having Tuesday off to meet with Eels officials.

"It's always sad to see, I've got no idea what's going on," Gutherson said.

"They haven't told us anything and we haven't heard from Tim. He wasn't in here yesterday, he'll probably turn up today. It's up to his management and the club to sort out."

Mannah is one of only 16 one-club players left in the game with more than 200 games of first grade experience.

Gutherson said not everyone gets to go out at clubs on their own terms.

"I learnt from a young age you're not going to be a one club player," he said. "When I was at Manly I thought it was going to happen and then got a tap on the shoulder two weeks after I re-signed.

"I learned the hard way. I've been there and know what Tim is going through. We just want to see Tim happy."

One player the club has been linked to in recent weeks is Broncos prop Matt Lodge, who'll line up against the Eels at Bankwest Stadium on Saturday night.

Although it's understood the Broncos are expected to retain the Western Sydney product despite a recent house purchase near the club's facilities in Rouse Hill.

"I played all my junior footy against him and junior State of Origin with him," Gutherson said. "He's always been a good player. He's playing some of the best footy he has.

"He would be a handy addition but who knows. He was always the star and the same size as he was back then. I'll leave all that stuff for our recruitment staff to work out."

Meanwhile, the Eels No.1 is ticking all the right boxes to be fit for Saturday night's crucial clash against the Broncos after leaving the field last week with concussion.

Gutherson said he held no concerns over his long-term future after the knock left him dazed on the paddock.

"I feel good, I had a week off really," he said. "You never want a head knock especially in the first minute but it's a part of the game and you've got to put your body on the line. It's not too scary for me personally. 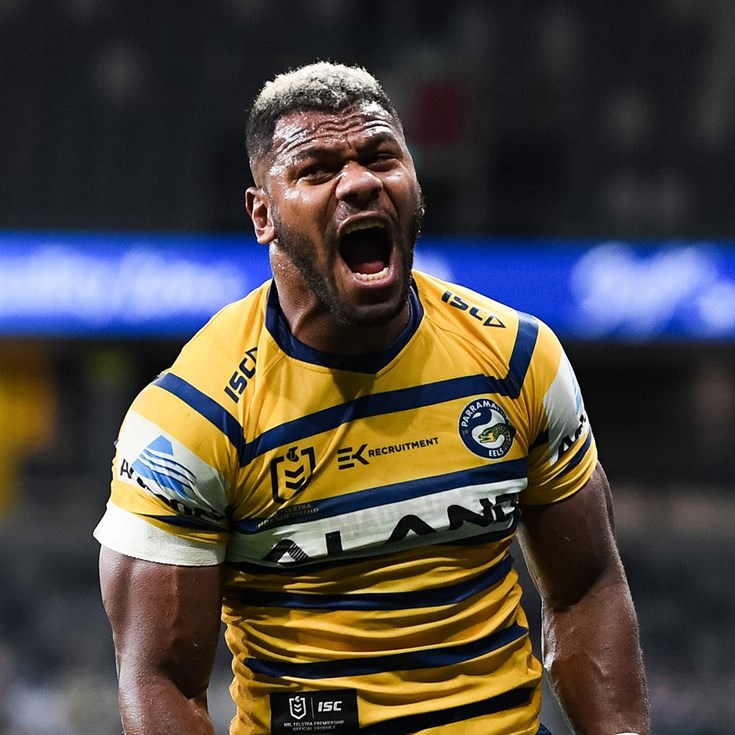