It was once a stadium teams dreaded visiting and considered a key advantage for the Warriors, but so far this season the Auckland-based club have had more luck playing in Australia than they have at Mount Smart Stadium.

The Warriors have won just two of six home games and are without a win in Auckland since round four.

Take out the Magic Round win over the Dragons - which was classed as a home match for the Warriors despite being played at Suncorp Stadium - and the club has the equal-second worst home record in the Telstra Premiership heading into this weekend.

Assistant coach Tony Iro said it isn't lost on the players and this week he spoke of a desire to try and turn things around in front of their home fans on Sunday against the Panthers.

"It is a worry because this used to be our fortress," Iro said.

"We haven't performed as well as we'd like to [at home].

"Every week [we are looking at the reasons behind it], but it's something we just can't manage to crack at the moment.

"The last season and a half we have been really strong away and we just haven't been able to convert that at home.

"The fact that we are going to be away [from Auckland] the next four weeks after this makes it really important that we get two points on Sunday.

"This is a massive game, it gives us the opportunity to stay in touch with the eight again."

While it was a one-sided affair the last time the two teams met back in round 10, with the Warriors running out 30-10 winners, Warriors playmaker Blake Green said they would encounter a different Penrith team on Sunday.

The Panthers have won four games on the trot, with three of them coming against sides currently sitting inside the top eight.

"They are a really good footy team, we probably caught them at a good time when we played them last time, they were in a bit of a hole," Green said.

"But they've won [four] on the bounce and are playing some really good footy.

"We have got our situation to worry about, we need to make sure we keep winning games of footy and go on a bit of a run if we can."

Meanwhile Iro said his side would take little comfort from knowing NSW Origin halfback Nathan Cleary won't be on the field, with past experience showing Jarome Luai is a dangerous replacement.

Luai did much of the damage for the Panthers in a 36-4 win over the Warriors last year, scoring 20 points via a pair of tries and five conversions.

"This time last year Jarome pulled our pants down to be fair," Iro said.

"Jarome is one of those off-the-cuff players that you just have to be aware of. He's unorthodox when you compare him to Cleary, so that just makes them a little bit more dangerous.

"We know what's coming, Jimmy Maloney was the best player on the field in Origin last week and I am pretty sure he will want to replicate that.

"He's an old boy here as well so he has added motivation to stick the knife into us again." 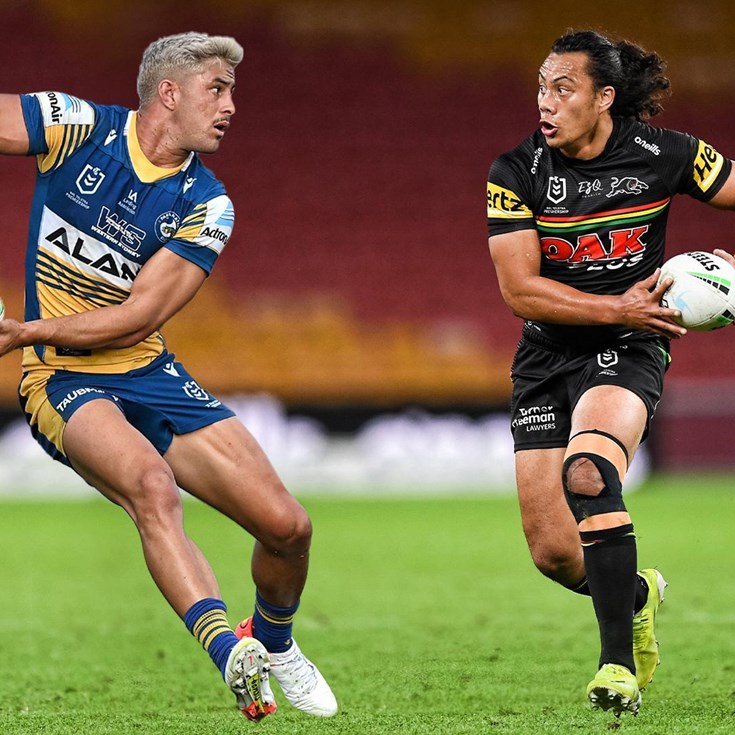 Luai relieved Cleary's back after 'shambles' at halfback