From the NRL's penthouse to outhouse, wooden spoons to elusive Origin silverware.

Mitchell Pearce's shift from the glamour and good times of the Roosters to spearhead Newcastle's long-awaited revival has helped him reach career-best form, according to James Maloney.

Pearce and Maloney are paired once again at the NSW scrumbase, the former in pursuit of a dearly desired series win after suffering through eight series losses.

Maloney knows Pearce better than most, combining with him for a 2013 premiership during his three years at Bondi as well as two Blues campaigns.

Cooper Cronk's arrival at the Roosters in late-2017 left Pearce canvassing his NRL options, with Cronulla and Manly mounting attractive bids before the 30-year-old plumped for Newcastle.

His four-year, multimillion-dollar deal contains financial incentives if the Knights make the top eight and top four under Pearce's stewardship, a serious buy-in given Newcastle had finished the previous three years in last place when Pearce signed on.

Having lived the high life for so long with the Roosters – at times to Pearce's detriment off the field – Maloney sees the added responsibility of guiding Newcastle back to finals football as the making of his good mate.

"As hard as the move was from the Chooks for him, it probably took him out of his comfort zone and gave him something new.

"I daresay if you ask him, he's probably learned a fair bit. He's playing really good footy, he got brought up to Newcastle to help steer a young side around.

"With that your leadership and growth [evolves]. That's something I've learned at Penrith, being around a really young side you naturally form this leadership role.

"He's always had all the skills. The criticism of him has been about game management and stuff like that, but if you see him up at Newcastle doing exactly that, managing games and situations each week.

"Going to a side like that it falls on his shoulders, having that sort of leadership role. It's been good for Mitchell."

Pearce's last two months for the Knights after a slow start to 2019 have them sitting outside the top four on points differential alone.

It has not been a one-man show in Newcastle. Fellow rep stars David Klemmer, Daniel Saifiti, Tim Glasby and the injured Kalyn Ponga have all been instrumental in a squad-wide revival.

But Pearce's recent form has been beyond reproach.

And the reason Brad Fittler turned once more to the Blues' most maligned man, fast-tracking a decision on Nathan Cleary's fitness to ensure Pearce had three full Blues field sessions before Origin III.

Great mate and NSW skipper Boyd Cordner never doubted Pearce's ability to lift the Knights, and in turn, himself back into the Origin arena.

"I knew when he went to Newcastle that he'd be able to turn it around up there," Cordner said.

"He made a name for himself when he was at the Roosters. He was already a great player when he was 20 and 21.

"But the way he went up there and proved that he can take them with him, and play the best footy he has in him there, it's really pleasing to see.

"He's got his chance again. He's been outstanding this year and he fully deserves it.

"I don't know if his resilience is underrated so much, I'd say people can see it right now, because it's on show.

"He's been through a fair bit in his career. Good and bad. But the fact he's still one of the best players in the game after all of it, it's a credit to him." 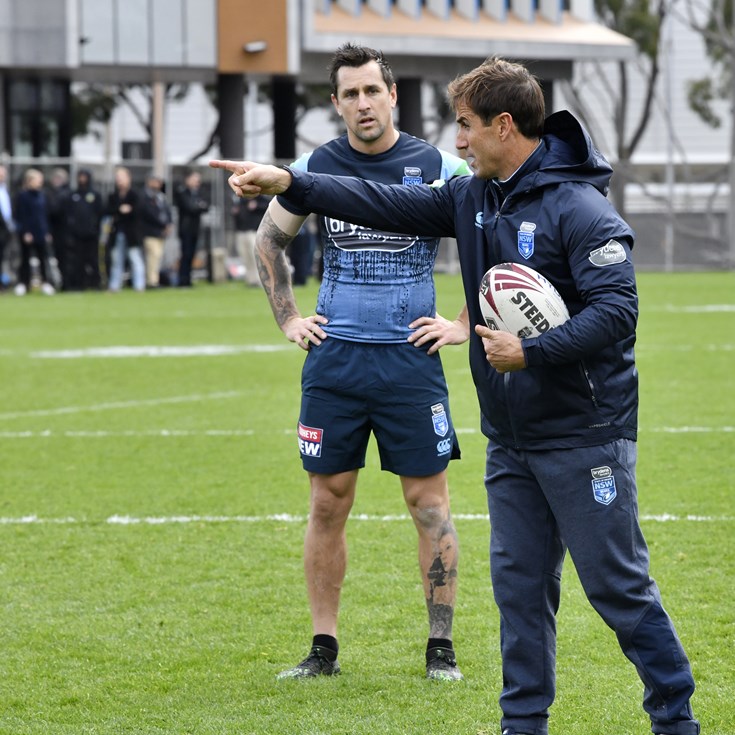