Roosters enforcer Jared Waerea-Hargreaves has successfully overturned a two-game ban for contact he described as "a tap" on Cowboys big man Josh McGuire.

Waerea-Hargreaves had been facing two weeks on the sidelines for allegedly leading with the head against McGuire on Sunday, but will now be free to lead the premiers' pack against Newcastle at the SCG.

While his initial contact with McGuire sent the Origin forward flying backwards, it was Waerea-Hargreaves' follow-up effort in landing on McGuire – which was deemed to have been led by his head – that resulted in the charge.

The three-man judiciary panel of Frank Puletua, Bob Lindner and Sean Garlick took 10 minutes to find Waerea-Hargreaves not guilty after over an hour of evidence.

The 30-year-old successfully argued that his contact with McGuire's head was an "instinctive reaction" aimed at avoiding injury as his "face was in a vulnerable position, [prompting him to] duck to avoid any dangerous contact."

Waerea-Hargreaves denied intentionally or carelessly leading with his head, and when asked to describe the contact by NRL counsel, he said: "I would deem it a tap".

NRL counsel Peter McGrath contended that in tucking his head in the moment before falling onto McGuire, Waerea-Hargreaves had turned his head towards that of the Cowboys forward rather than away.

But Waerea-Hargreaves argued back that "if I had come over squarely we would have hit heads completely flush."

He also physically demonstrated the tucking motion of his chin into his left shoulder before the NRL judiciary, which he said was his only course of action given his arms were "completely pinned" by Cowboys defenders Gavin Cooper and Shane Wright.

Speaking briefly after the verdict was handed down, Waerea-Hargreaves said a "fair result" had been reached.

"I would like to thank the panel, my solicitor James McLeod. I thought we had a fair case, we gave it a really hot crack and we came away with the result so really pleased."

His successful challenge of the grade one charge – which due to carry-over points had the Kiwi prop facing two weeks out – will see him free to take on Newcastle, who thumped the Tricolours by 38-12 in their last clash in round 11.

Waerea-Hargreaves copped a two-game suspension in that match as well, when his late hit on Kalyn Ponga sparked a melee late in the contest.

Had Waerea-Hargreaves been rubbed out again for his contact on McGuire, another ban would have made him available for just games in the past two months through injury and suspension.

Raiders centre Nick Cotric took the early guilty plea for his tackle on Tim Lafai in Sunday's win over the Dragons and will miss three matches.

Cotric was sent from the field in the 59th minute at WIN Stadium and was charged with a grade-three dangerous throw.

If he fought the charge and lost he would have missed four matches but with the early guilty plea he will miss matches against Wests Tigers, Penrith and the Warriors.

Storm forward Christian Welch will miss one match after pleading guilty to a dangerous contact charge Sharks prop Andrew Fifita in the 38th minute of the match at AAMI Park on Saturday night.

South Sydney forward Cameron Murray has avoided suspension with an early guilty plea for a 69th-minute tackle on Manly five-eighth Cade Cust while Sharks halfback Chad Townsend has been given a $1150 fine for a contrary conduct charge.

Dragons winger Mikaele Ravalawa has been fined between $1350 for a grade-one careless high tackle on Canberra captain Jarrod Croker.

Cowboys playmaker Jake Clifford is looking at a fine of $1150-$1500 after being charged with tripping in the same game.

Newcastle prop James Gavet has avoided suspension for a dangerous contact charge for his hit on Smith in the 62nd minute of the Bulldogs' come-from-behind 20-14 win at McDonald Jones Stadium. 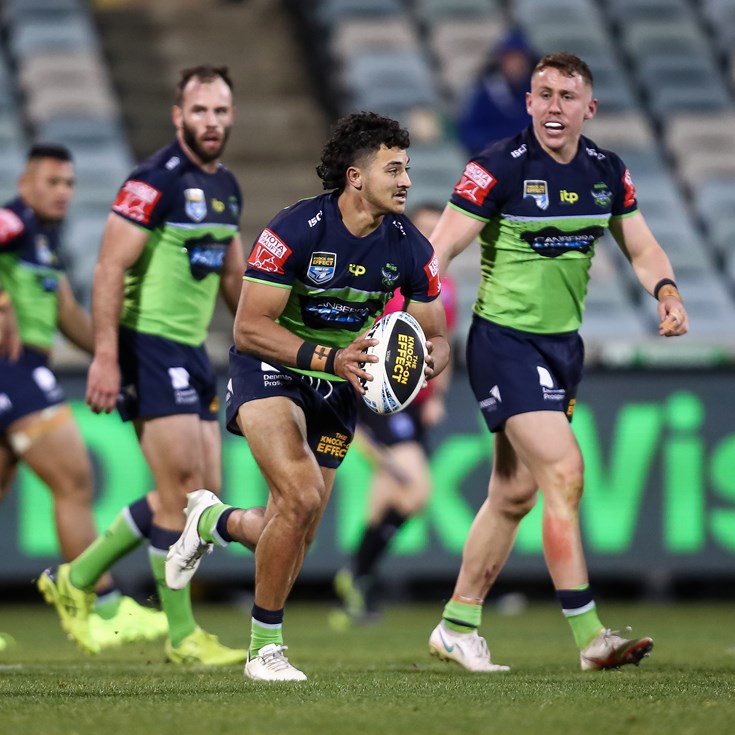