If the Warriors and Sharks miss the finals they will only have themselves to blame.

Despite running hot and cold all season the Warriors have somehow managed to stay in the hunt for a top eight finish.

But their window of opportunity is closing fast.

The Sharks battled admirably in the face of adversity through the first half of the season but the wheels have fallen off over the past month or so and they're under pressure to stay in the eight.

Warriors: Both regular wingers are out. Adam Pompey came in for David Fusitu'a (hamstring) when final teams were announced after Ken Maumalo (concussion) was replaced by Blayke Ashford earlier. Ligi Sao was the other player to drop out of the final 17 after Chris Satae was cut on Thursday.

Sharks: Billy Magoulias and William Kennedy are the final cuts for Cronulla. Aaron Gray (knee) is out with Ronaldo Mulitalo into the side on the wing while Kyle Flanagan also dropped out of the 19-man squad 24 hours before kick-off. Shaun Johnson (ankle) is fit to play but Josh Morris (broken nose) and Josh Dugan (hamstring) are sidelined. Matt Moylan returns from a hamstring injury at fullback and Kurt Capewell will play centre. Paul Gallen returns from injury at lock and Scott Sorensen is in the second row. Matt Prior goes back to the bench and Jayson Bukuya goes out.

The battle between front-row enforcers Agnatius Paasi and Andrew Fifita should bring lightning and thunder, while Chad Townsend has a lot of responsibility on his shoulders in his clash with Blake Green.

Stephen Kearney would love to see his side put two good halves together. It's rarely happened this season and time is running out for the Warriors to prove they can not only make a late charge for the finals, but also make some noise if they get there. They need to play their own game on Friday and keep the Sharks out of their comfort zone.

Injuries sure haven't been kind but the Sharks have to get back to playing their own brand of football and get some consistency out of their spine. With key players missing (as usual), Fifita and Matt Prior need to lead the way up front and every player has to lift his defensive effort.

Not the usual home venue for the Warriors, but a great showpiece for the game in Wellington. I am looking forward to seeing Kodi Nikorima take on Shaun Johnson. It is a great challenge for both players. Cronulla are in a massive hole and this will be a tough road trip. Warriors by 2

The Warriors and Sharks squared off just once in 2018, with Cronulla prevailing 18-15 at Mt Smart Stadium. The Warriors pulled ahead 15-14 with Shaun Johnson's 73rd-minute field goal before the Sharks broke their hearts with Edrick Lee's 77th-minute try. Johnson is eager to face his former club but the Sharks halfback has battled injuries for most of the season and is no certainty to play. 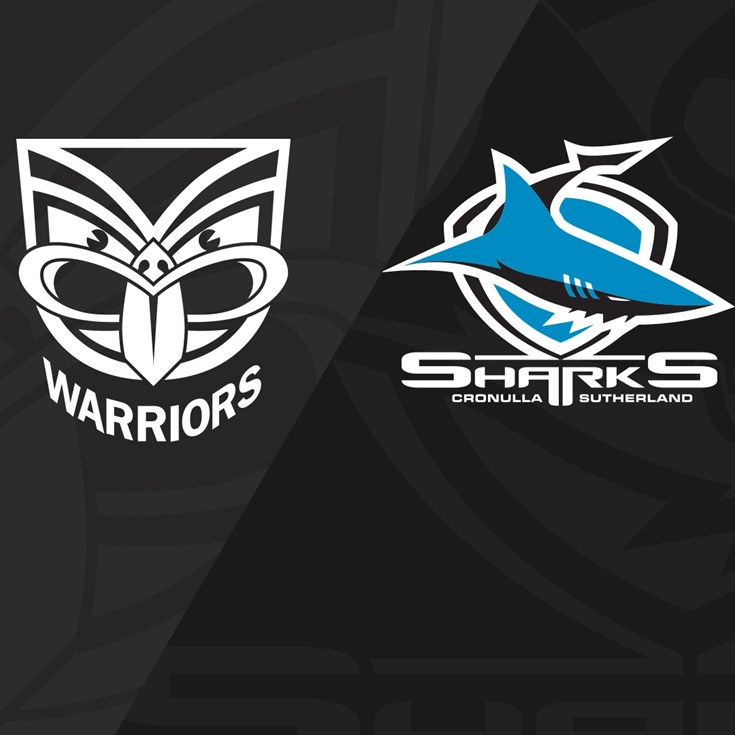 All bets are off for Tuivasa-Sheck with Johnson