Bustling prop Braden Hamlin-Uele has vowed to step up in suspended team-mate Andrew Fifita's absence as the Sharks aim to resuscitate their premiership aspirations.

Hamlin-Uele will face his former club North Queensland on Thursday night for the first time since he left Townsville in 2017 and the timing couldn't be more perfect with the Sharks' top-eight hopes on a knife's edge.

"He's been a big leader for us and will be missed but we have a top 30 for a reason and the next person who comes in we expect to stand up," Hamlin-Uele said of Fifita's one-game ban for a shoulder charge on Lachlan Burr.

The 24-year-old has been one of the NRL's improved performers this year and put his form down to his move to the Shire after managing just one game for the Cowboys in 2017.

"It was time for me to move on, I wasn't really fitting in," Hamlin-Uele told NRL.com.

"It was a lot of personal stuff, I was playing Queensland Cup and wasn't really into footy as much as I should've been.

"It wasn't until this year I knuckled down and started to take this seriously and figure out what I wanted to do.

"At the beginning of the year I wasn't too sure I wanted to stay but I've knuckled down. Every week I look to better my game. If Bomber (John Morris) wants me to start this week that would be great.

"But off the bench I feel like myself and Jack Williams have built a nice little combination where we come on so we'll keep building on that. I'm loving every minute even though we haven't been winning."

Hamlin-Uele defended Fifita's hit on Burr, which effectively cost the Sharks the match after they were reduced to 12 players and lost 19-18 on a Blake Green's field goal.

"He's a bloke you want to be around, he's positive and is never down when things hit the fan," Hamlin-Uele said of Fifita.

"People judge him on how he plays on the field, a bit like Josh McGuire, but once you play in their team you love it." 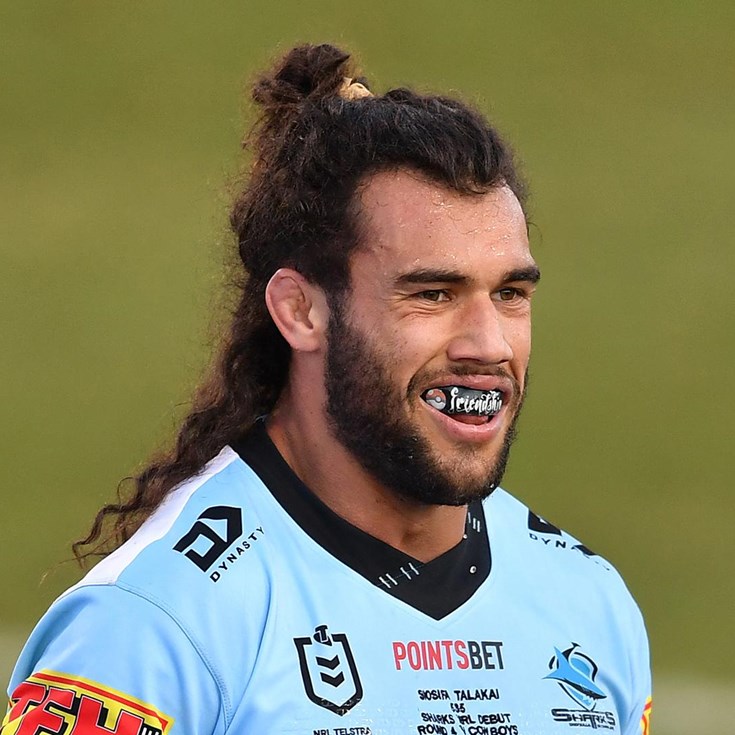