From premiership dark horse to the NRL's coldest team - that's where the Sharks find themselves seven weeks out from the playoffs.

Cronulla were on track to break a four-game losing slump last week before falling asleep and allowing the Warriors to pinch a vital 19-18 win.

The Sharks have dropped to 11th on the premiership ladder and the irony is they've gone backwards since the return of their star players. Time is running out to get their title aspirations back on course.

The Cowboys gave the Rabbitohs all they could handle last week and would've felt like it was one that got away.

Sharks: A late switch with Matt Prior to start at prop and Braden Hamlin-Uele moving to the bench. Prior's big-game experience will help cover for the absence of the suspended Andrew Fifita. Josh Dugan comes in at fullback for Matt Moylan, while Josh Morris returns at centre. Billy Magoulias will make his debut off the bench. Kyle Flanagan and Scott Sorensen dropped out of the extended squad on Wednesday night. Jayson Bukuya and Sione Katoa were omitted an hour before kick-off.

Cowboys: No sign of Michael Morgan (concussion) in the 21-man squad to face Cronulla. The skipper hasn't played since Origin III and is being closely monitored. Coen Hess was named on the bench but has moved into the starting side an hour before game time with Javid Bowen dropping out. Corey Jensen comes onto the bench. Peter Hola was the last man omitted before kick-off while Reuben Cotter and Gideon Gela-Mosby had dropped off the reserves list 24 hours before kick-off.

Paul Gallen v Jason Taumalolo - the old bull versus the human wrecking ball. Gallen returned from injury last week and, as he closes in on his 38th birthday, is under pressure to fend off Father Time and show he is still a force to be reckoned with. He won't get any charity from Taumalolo.

Matt Moylan has come under fire for what is amounting to a pretty ordinary season, especially by his standards. Moylan needs to quickly rediscover his A-game if the Sharks are going to turn their season around. Shaun Johnson had a great first half last week and has to be more consistent.

The probable absence of Andrew Fifita through suspension again will leave a hole in the Cronulla pack. The Cowboys should look to exploit the size and strength advantage they will have up front through the likes of Taumalolo, Matt Scott, Jordan McLean, Josh McGuire and Scott Bolton.

Cronulla desperately need to start winning again. That needs to come off the back of playing tough and gritty. The forwards need to do all the work. There is a short turnaround for them coming back from Wellington. For the Cowboys, Jake Clifford will be challenged to stay in the game for the full 80 minutes. I’m interested to see how he goes on Thursday night. Sharks by 2

Sharks centre Josh Dugan has committed the equal most errors in the NRL (29) with Jack Wighton, while hooker Jayden Brailey has the most ineffective tackles (34). If they aren't sharper in attack and defence Cronulla could be headed for a sixth straight loss.

The Sharks and Cowboys shared the spoils in two meetings last year. The Cowboys prevailed 20-14 in the first clash before Cronulla made amends with a 28-16 home win in round 23. Of the eight tries that were scored by both teams collectively, six were scored by forwards - Luke Lewis, Andrew Fifita, Jason Bukuya, Coen hess, Jordan McLean and Gavin Cooper. 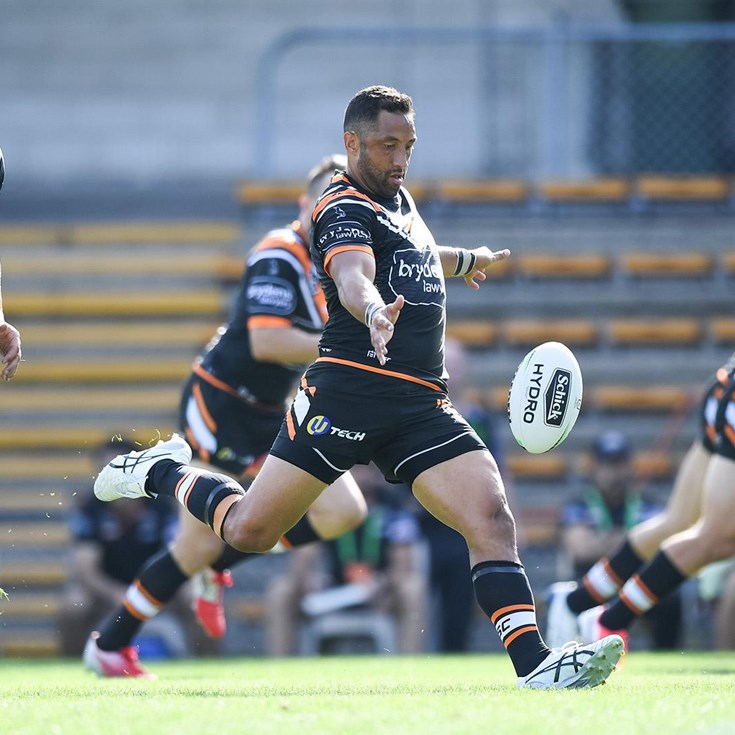