Newcastle’s season has been one of runs.

They followed five successive losses earlier in the year with six straight wins and their 48-10 thumping from the Roosters was their third loss on the trot.

Though they are taking nothing for granted heading into their game against Wests Tigers at McDonald Jones Stadium on Friday, seasoned internationals David Klemmer and Shaun Kenny-Dowall sense the Knights are poised for another momentum shift to kick-start their finals campaign.

"I think as a group, we know what it takes to win footy games and be consistent in doing that," Klemmer told reporters before training on Wednesday.

"In the last two weeks or so, we’ve just fallen off those areas so … we’ve got to get back to doing what we did well and what made us win those footy games.

"Rugby league can be a simple game or you can make it really hard."

With their season on the line after being embarrassed 38-14 by the Titans at Robina on Easter Sunday, the Knights responded with a 28-14 victory over Parramatta in Newcastle a week later.

It was the first game of a six-win streak which included the scalps of the Roosters and Rabbitohs as they climbed from last to fourth but they have since tumbled to eighth, losing three in a row and four of their past five.

“We showed earlier in the year, if we put a win together we can put two, three and four together,” Kenny-Dowall told the media on Wednesday.

“Momentum in games and momentum in the season is huge in the NRL, and it’s definitely something that we need to put together again. We’ve shown we can do it, and we’re pretty confident we can do it again.”

Klemmer and Kenny-Dowall said the Knights relived the best and worst of the Roosters loss at their review session on Monday and were now looking ahead to their next opponents.

“We went through it on Monday, and it was pretty tough to watch that again,” Klemmer said.

“Obviously we had a couple of days to sit on it, which was pretty hard, then come Monday we watched it all again and it was pretty hard looking at your team-mates in the eyes but that’s done, and we’re preparing for Friday. That’s all we can control now.”

Kenny-Dowall and centre partner Jesse Ramien were criticised after the Roosters game as the defending premiers directed much of their attack down that edge and were richly rewarded.

“All the criticism that we got, we have to take on board and I have to take responsibility for Jesse as well because we all work together as an edge, and you can’t solely put the blame on him,” the former Roosters winger said.

“It’s a team sport and we all contribute to the attitude that we show up with on the weekend, and we have to work together to pull ourselves out of it.

“I think we’ve been pretty good as an edge this year, but when we have a bad day, they seem to come down that way a lot and that happened on the weekend when we let in three or four tries, so that’s not good enough in the NRL.

“[But] we’ve shown when we get it right, and we’re playing our best football, we’re one of the better defensive edges in the comp so it’s back to the drawing board, back to basics for us, and a big game against the Tigers.”

Klemmer played down suggestions the game against Wests Tigers, Robbie Farah’s 300th in the NRL, would make or break Newcastle’s season.

“If you put those things out there as a factor, then you’re worried if you lose that game, so it’s just about us getting back on track and, especially after last week, a better performance,” Klemmer said.

“You can’t think about that sort of stuff, or people will lose their mind if we lost.

“They’ve got quality football players, and obviously it’s Faz’s 300th game so he’ll be getting up for a big game.

"But with respect for the Tigers, we’ve got to worry about ourselves and make sure we’re all ready to play footy. It’s got to be about us this week.” 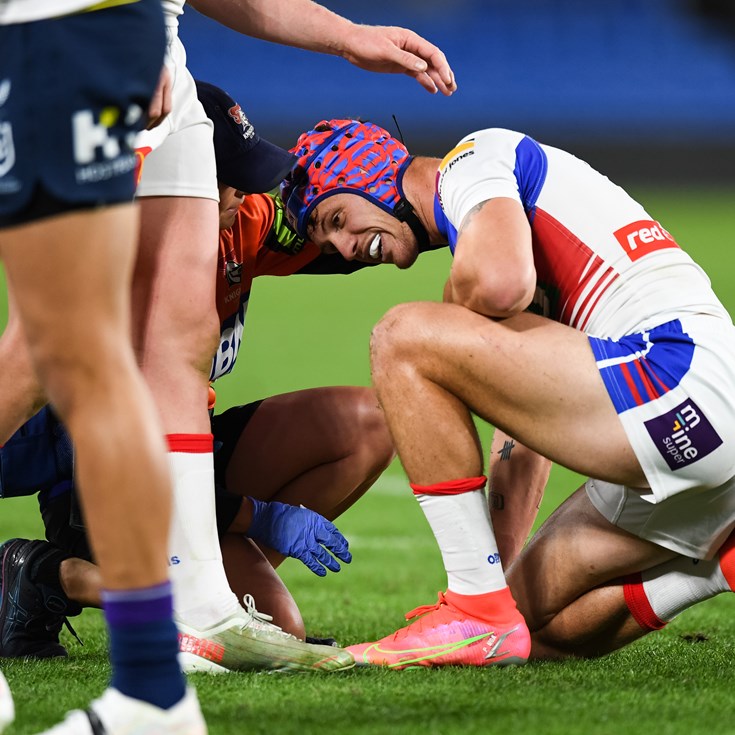 Klemmer: 'We're a better footy side than that'