Brisbane have powered into the top eight for the first time since March but their big win over the Titans could come at a cost after back-rower Tevita Pangai Jnr was placed on report.

Boasting an 88-0 combined scoreline from their past two visits to the Gold Coast, Brisbane asserted their authority early and never really relented in a 34-12 victory which sees them leapfrog the Warriors, Wests Tigers, Sharks and Knights into eighth position on 19 competition points.

The Titans actually did well to quell the early momentum under a weight of Bronco power and possession but from the moment Corey Oates nabbed an intercept and raced 90 metres to score in the 14th minute, Brisbane’s elevation into the eight seemed all but assured.

Brisbane scored three times while Titans fullback Michael Gordon sat in the sin bin for a professional foul on David Fifita in the 19th minute but it was the incident involving Pangai that could have more serious ramifications.

Racing downfield to place pressure on Gold Coast winger Phillip Sami from a kick, Pangai collected Sami high and was sin-binned and placed on report in the 27th minute.

With 50 carryover points, any charge by the match review committee would result in Pangai spending time on the sidelines and prevent him from taking part in next Friday’s blockbuster clash with the Storm in Brisbane.

There will also be concern for centre Alex Glenn after he failed to feature in the second half due to a groin strain while the Titans lost Sami (HIA) and Dale Copley (leg injury) to go with the withdrawal of centre Brian Kelly pre-game due to illness.

Milford has all the moves

Bolstered by 70 per cent of possession in the first six minutes, Brisbane missed a shot at penalty goal through Jamayne Isaako yet their first try came somewhat against the run of play.

The Titans had fought their way back into the contest and were attacking the Broncos line when Oates pounced on a Gordon pass intended for Anthony Don and raced 90 metres to score his 13th try of the season.

The visitors added three more in the next 16 minutes to open up a 22-0 lead - Matthew Lodge crawling on hands and knees to score under the posts, Kotoni Staggs bursting through two defenders in the 23rd minute and then adding a second five minutes later with Gordon off the field.

Gold Coast scored their first try in 194 minutes at home against Brisbane when Gordon benefited from a clever ruck play to score in the 34th minute but the Broncos struck the final blow of the half when Jamayne Isaako crossed in the final minute for a 28-6 lead at the break.

Enterprising play undone by sloppy handling punctuated the start of the second half for the Titans but the home side did strike first when Gordon found Anthony Don wide out.

Staggs charges over the line

But any sense of an all-world comeback was snuffed out when Anthony Milford pushed past two forwards and skipped around Gordon to score under the posts for a 34-12 lead with 23 minutes to go.

Jarrod Wallace, gallant all game, brought the crowd to its feet when he charged down a Broncos kick for the second time in the game and pinned his ears back, the ball bursting free from his grasp as he tried to beat Andrew McCullough to the line on a 40-metre gallop. 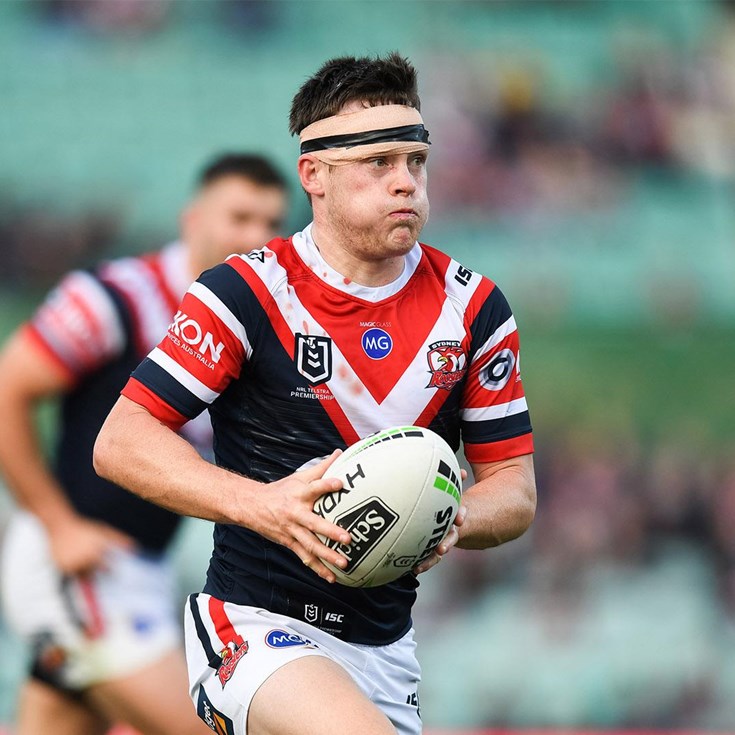