Parramatta remained nestled safely in the NRL top eight with a heart-stopping 24-22 win over the Warriors at Bankwest Stadium on Saturday.

The Eels rebounded after a smacking from Manly last week. But they also withstood a late penalty handing possession over to the visitors 30 metres out from the Parramatta line.

As the seconds counted down, every fan was thinking how South Sydney sunk the Dragons in the final seconds 24 hours earlier. But the Eels survived the frantic touch footy-like final play by Stephen Kearney's men.

A 9-2 penalty count against them didn't help the Warriors and neither did a one-handed forward pass from Roger Tuivasa-Sheck to his winger Gerard Beale with the line open and three minutes on the clock.

But all plaudits to Parramatta. Brad Arthur's men are now six wins from seven games at their new home ground and a tighter contest would be hard to find.

They remain in sixth spot on the ladder on 22 competition points, edging a little closer to the top four. The Warriors would have snuck into eighth spot with a win but remain in striking distance in 11th spot.

The Warriors were undefeated in five previous visits to Australia, and a better bounce of the ball and a sixth victory was well within their grasp.

There was a fair bit of feeling with an all-in brawl midway through the second half and two players on report – both Warriors in Lachlan Burr (grapple tackle) and Issac Luke (dangerous tackle).

With all the speed and power in both these sides on a Saturday afternoon dry track, it was no wonder there were four tries to entertain the 17,300-plus Bankwest Stadium crowd within the first 15 minutes.

The scoring was level at 6-6 and then 12-12 after Ken Maumalo and Luke scored for the visitors, with Brad Takairangi and rookie Ethan Parry replying.

It was the Issac Luke show early. His 40/20 kick brought up the Warriors' first try on the next play for Maumalo to draw level with Maika Sivo on 13 for the season.

Luke then burrowed over himself from dummy-half to register his 50th career try in 268 games.

Repeat sets for the Warriors brought up their third try to Beale as he tried to restore some pride after Sivo swatted him off like a moth – Blake Ayshford too – on his way to putting Takairangi over the try line.

Sivo moves Warriors out of the way

Luke and Mitchell Moses didn't miss their conversions either – three from the touchline – but the Warriors held the upper hand 18-12 at half-time. Jazz Tevaga's hand stopped Clint Gutherson from grounding the ball under the posts with just seconds left on the clock heading into the break, which could have levelled things up.

Some consolation for the home side was that their two first-half tries brought them their 5000th try since joining the competition in 1947.

Sivo made it 5,001 when he scored early in the second half, when a Dylan Brown pass was knocked backwards by Blake Green in the tackle. Sivo scooped it up off the grass and scored – his seventh try in seven Bankwest games. He retook the NRL lead from Maumalo and once again scores were deadlocked at 18-18.

Maybe the closeness got under the players' skins. Warriors forward Burr was placed on report for wrapping his arm around Brown's neck, which started an all-in brawl.

Moses kicked the penalty and the Eels were in the lead 20-18. Moses didn't stop there. He took off down the eastern touchline before kicking inside for Gutherson to grab the try he missed out on in the first half.

The Eels had skipped six points clear. But in this see-sawing encounter, it was no surprise to see Maumalo score in the 59th minute to draw level with Sivo once again at 14 tries apiece. A missed conversion and the Eels were clinging on 24-22. And in the end, that's all they needed for a 10th win in 2019. 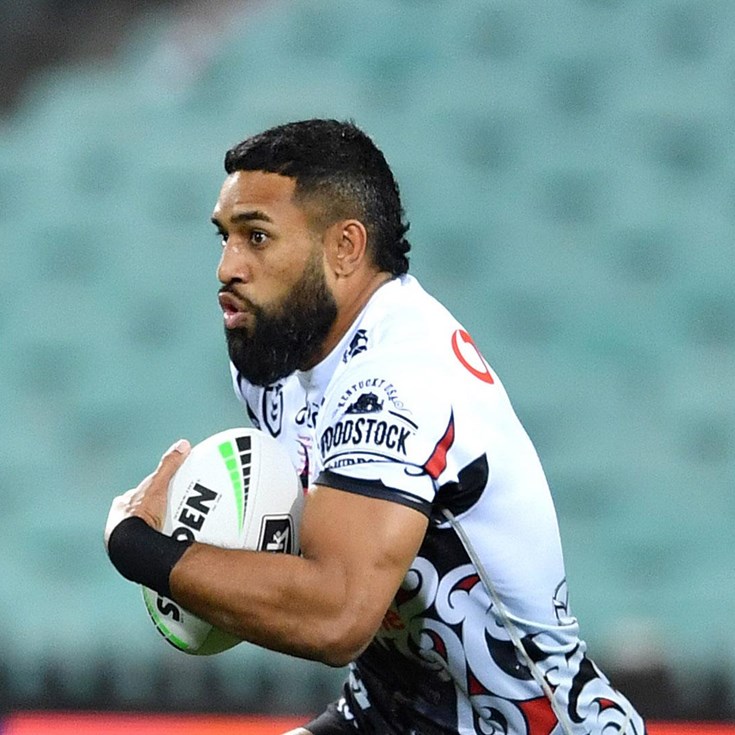 Underdogs fight back but Eels hang on in nail-biter

Hiku the hero as Warriors wear down Wests Tigers