Parramatta prop Kane Evans has welcomed talk the club is set to pursue Fijian teammate Reagan Campbell-Gillard for next season, describing the move as "unreal" if he ends up in blue and gold.

The Eels were linked to the Panthers prop on Monday after NRL.com revealed both clubs had been in contact about a possible release for Campbell-Gillard, who was dropped to reserve grade earlier in the season by coach Ivan Cleary.

Campbell-Gillard signed a five-year extension at the foot of the mountains last season and is considered a born-and-bred local after playing his junior rugby league for the Windsor Wolves.

Evans played alongside Campbell-Gillard for NSW City in 2015 and believes the former Test prop is the big forward signing the club is after.

"If the club can organise that it would be unreal to have him here," Evans told NRL.com.

"He's a machine and is one of the forwards I look to – and he's younger than me. I love the style that he plays and it would be mad if we got him.

Eels in the hunt to lure RCG

"We've already lost a few this season and some are off contract. There's some room for a few signings next year and it will be interesting to see what the club does. If he came here I'd hate to play us.

"He's another Australian-Fijian boy too so it's awesome, the Fijian connection we have here. We've got Maika, Waqa and Salesi Fainga'a. A couple of younger boys got signed up this year too in the lower grade. It's all been influenced by Semi when he was here and everyone's done the country proud."

Parramatta have already lost Manu Ma'u (Hull FC) and Tepai Moeroa (NSW Waratahs) in the forward pack for next season, while veterans Tim Mannah and David Gower face uncertain futures with the pair off contract at the end of this year.

Evans' own contract has been questioned in the past but the former Roosters prop has forced his way into Brad Arthur's starting line-up and wants to continue to repay the Eels coach.

The team has recorded four wins from their past five games since the 27-year-old started in the front row.

"It's been better than last year because the body has been sweet," Evans said.

"I'm not getting too high or low with what I do, I just try and keep a routine and stick to it so I stay steady.

No fairytale finish for Widdop

"I want to finish the year strong and am happy with where I'm going. I never fulfilled the potential with injuries and other stuff going on in footy at the Roosters so I want to do that here."

Parramatta have named Michael Jennings (knee) and Shaun Lane (finger) to return from injury for Sunday afternoon's clash against the Dragons but will miss Blake Ferguson for at least another week.

Ferguson was a visitor at Eels training on Tuesday but his return to the field following a leg infection remains indefinite. 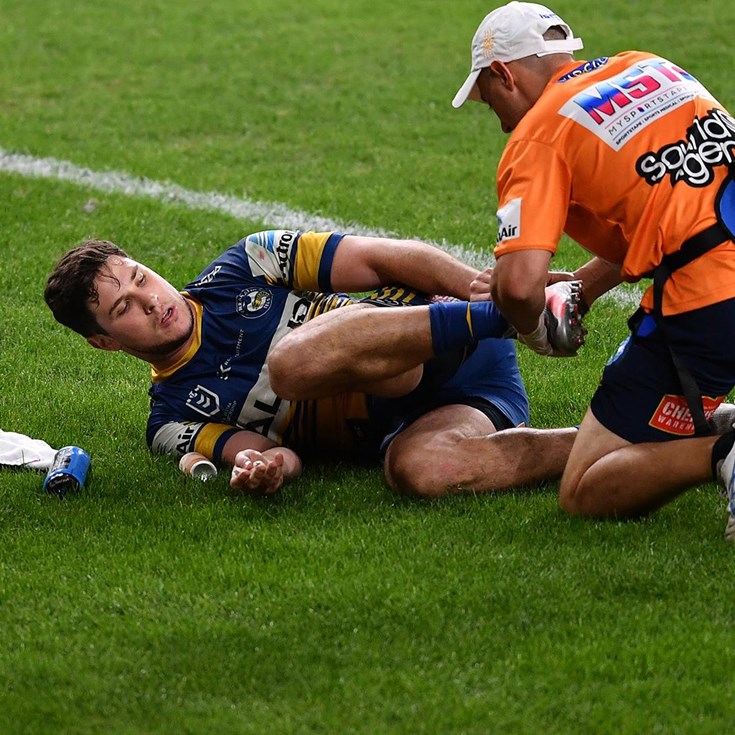