They weren't facing a top-eight team but the Eels passed an important test they simply had to pass with last week's away win over the Dragons.

While a loss could've been potentially disastrous in terms of ladder positions, it was more about the way they went about winning, committing to defence and getting good direction from Mitch Moses and Reed Mahoney.

While Brad Arthur would've liked to see a couple more tries, it was exactly the kind of performance his side needs to consistently produce if they want to keep playing deep into September.

The Knights are still a legitimate mathematical chance of climbing into the top eight but it's hard to see that happening on recent form.

Eels: Parra have made a late change with Daniel Alvaro coming in for Kane Evans. Peni Terepo has been elevated from the reserves to the bench, while Jaeman Salmon was cut an hour before kick-off. The Eels have won six of their seven games at Bankwest Stadium, but Newcastle have won 11 of their past 13 games against the Eels. Greg Leleisiuao and Stefano Utoikamanu were omitted 24 hours before kick-off.

Knights: Kurt Mann will play despite a knee injury suffered in last week's loss to the Sea Eagles. James Gavet has been ruled out with a hamstring problem while Danny Levi will start at hooker and Connor Watson reverts to the bench. Gavet and Jirah Momoisea were the two men to drop out on Friday, while Jamie Buhrer and Beau Fermor were omitted an hour prior to kick-off. Newcastle have won 11 of their past 13 games against the Eels.

Sure, Mitch Moses and Mitchell Pearce are perhaps the most influential men in this clash, but they can't do much without a platform. Enter the forwards – and what a battle we have between hulking Newcastle prop David Klemmer and Eels giant Junior Paulo.

Mitch Moses has to keep providing strong leadership and smart game management, while the workmanlike Parra pack has to tame the Knights forwards. A lot of talk will be needed in defence, especially when Kalyn Ponga is looming.

If the Knights are going to save their 2019 campaign they need to get any off-field distractions out of their heads and quickly rediscover the formula that rocketed them into the top four halfway through the season. Pearce and Ponga have to light a fire under this team before it's too late.

Parramatta looked a bit flat last week but were still good enough to win thanks to Mitchell Moses’ game management and kicking game. They just seem to find a lot more energy when they are playing at Bankwest. Newcastle don’t want to let their seasons slide away. I’m curious to see how Nathan Brown tries to get a response from his team this week after dropping three players last week. Where will it come from this week? Eels by 8

It's been almost 18 years since the Knights upstaged Parramatta to win the 2001 grand final. The Knights shocked the Eels with the first of Bill Peden's two tries in the third minute and quickly blew the score out to 24-0, which is how it stayed at half-time. Brett Hodgson scored for Parra early in the second half but Timana Tahu scored for the Knights. The Eels scored the game's final three tries but the clock ran out on their comeback and Newcastle claimed their second premiership with a 30-24 victory. 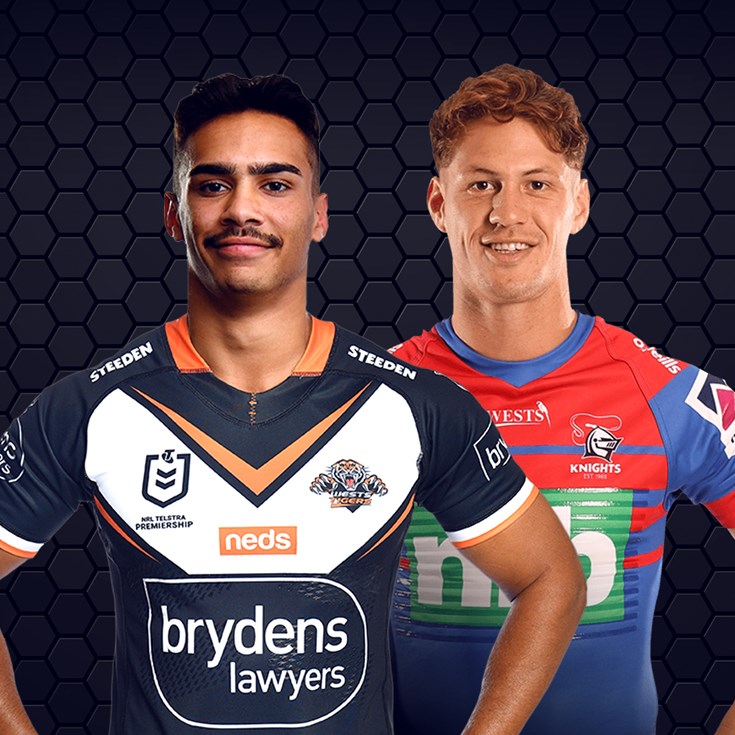