Three months on from a sobering injury scare in a game against Canberra, Roosters winger Daniel Tupou is fortunate to be playing the Raiders again on Sunday.

Tupou feared the worst as he laid on the Suncorp Stadium turf during Magic Round in May, the 28-year-old's left arm numb after hurting his neck in an awkward crusher tackle.

He felt nothing when a physio squeezed his hand. A distressing few minutes passed until Tupou regained sensation before being stretchered off.

While he was cleared of serious damage and missed only one match, Tupou reflects on the frightening experience even now.

"It was pretty scary. I've never been in a situation like that and I still think about it," Tupou said.

"It [his arm] was all numb at the start and it took a while for some nerves to get back. I was pretty happy when [the feeling] came back because it was pretty scary."

Tupou insists there's no trepidation stemming from his previous outing against the Green Machine.

"It's football and I guess you've just got to toughen up sometimes. I've learned not to get in that position again," Tupou said, absorbing the blame for the Michael Oldfield tackle that led to his injury.

"I knew I just had my head in a bad situation and you sort of learn from that and try not to do it. But that's the past and I've just got to move on."

The two-time premiership winner is recording career-best numbers in attack, averaging 170 metres per match through his damaging surges.

With last year's metre-eating king Blake Ferguson swapping Bondi for Parramatta, Tupou slogged out extra sessions over the summer to lessen the blow from his former wing partner's departure.

"[Ferguson] left a massive hole for us to work on and ever since he's gone I've felt like I've had to fill in his shoes. I worked on it during the off-season and the pre-season," Tupou said.

"So far I'm loving it and I'm just doing my role."

Tupou credits NSW and Australian fullback James Tedesco with easing the pressure on him and the remainder of the Roosters back five.

"He makes our job easier. We just feed off each other's runs and at the moment it's working," Tupou said. "I reckon we've still got more in us."

Despite his stellar form and consistency for so many years, Tupou hasn't garnered the adulation and media attention his higher-profile teammates receive.

Morris: We won't be underestimating the Raiders

But that's exactly how the man of few words prefers it.

"I let all the boys have the spotlight and I just kick back and do my job. It's just in my nature. We've got superstars in our team so I just like to fly under the radar," Tupou said.

"To be honest, I just like the position I'm in at the moment."

After three consecutive victories – the latest a 58-6 walloping of the Titans - the premiers are bubbling nicely leading into the finals.

A thorough test comes in the form of Canberra at GIO Stadium with second spot up for grabs in what could potentially be a preview of a playoff match-up. 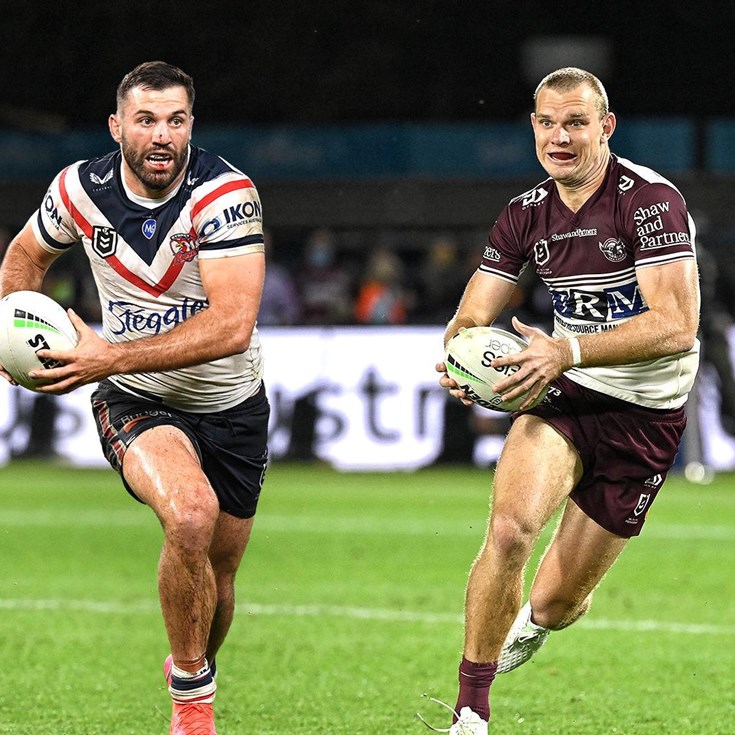 Now the new competition starts: We have to be ready to go says Robinson