A potentially serious knee injury to Robbie Farah has compounded a horror night for the Wests Tigers as their finals hopes were dealt a massive blow in an 18-16 loss to the Bulldogs at ANZ Stadium.

A final conversion opportunity for Paul Momirovski to level the scores with five seconds remaining sailed wide in unbelievable scenes that left the pro-Bulldogs crowd of 9,636 in raptures.

It was an unfortunate moment for Momirovski, who did everything possible to give the Tigers a chance with two strong individual tries.

The joint venture had everything to play for as they pushed towards reaching the finals for the first time since 2011 but were forced to play without Farah and Moses Mbye for most of the clash.

Farah left the paddock midway through the first half after struggling with a knee complaint, while Mbye lasted just nine minutes before succumbing to a quad injury.

Canterbury continued on from their impressive win over Penrith last week to pile on three tries in a 15-minute blitz just after half-time to turn an 8-0 deficit into an 18-8 lead.

Momirovski finished off a left edge spread to plant the ball down for the first try of the night with Mbye creating the overlap before leaving the paddock.

Farah was next to come off and Luke Garner joined him in the sheds after being sin binned for a late hit on Lachlan Lewis. The Tigers did well despite being a man down to go further ahead via a penalty goal from close range.

Tries to Josh Jackson and Jeremy Marshall-King within minutes swung the momentum back in the home side's favour with the latter getting one over older brother Benji.

It was Marshall who became the next villain for the Tigers with an uncharacteristic pass landing in the hands of Bulldogs winger Nick Meaney, who raced 90 metres to score.

The brave crowd who endured freezing conditions at the Olympic venue found their voice late as Momirovski dived over in the corner in another impressive individual effort with six minutes remaining.

The Bulldogs lost Chris Smith to the sin bin for a late shot on Ryan Matterson to reduce the home side to 12 with two minutes left.

Marshall ensured the match was all but headed for golden point when he sent Garner over untouched but the final Momirovski conversion under pressure killed off any chance of a comeback result. 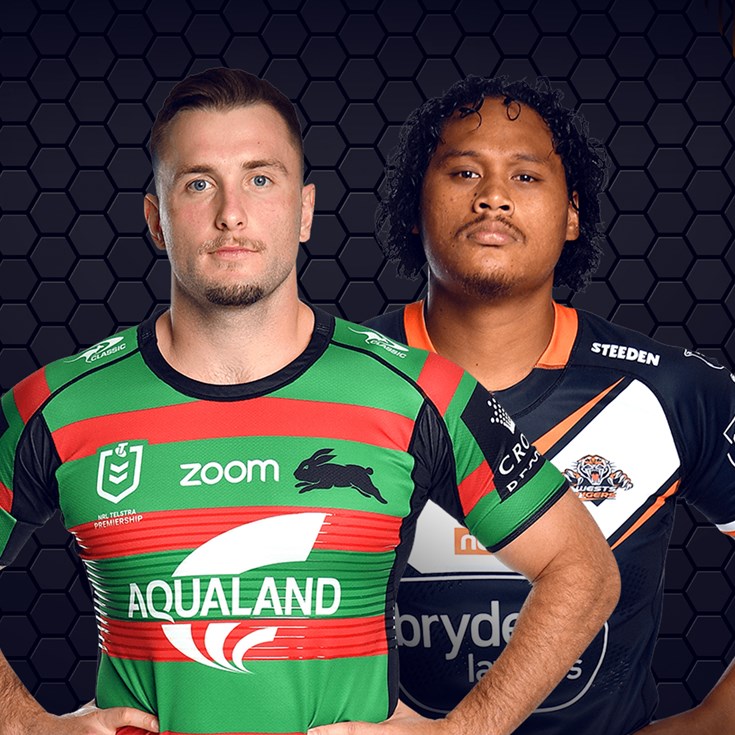