The Broncos might be still licking their wounds after failing to square the 2019 ledger at 1-1 with the Rabbitohs last week.

But while it was widely rated as one of the games of year and the Broncos played with the right amount of desperation and effort right up to the 80th minute, they were out-classed at crucial stages.

They are back on home turf on Friday night against another team above them on the ladder and might be still haunted by a 38-10 thrashing from Parramatta in round 14.

The Eels became the Bulldogs' latest victims last week and simply can't afford another loss if they are any chance of sneaking into the top four.

Broncos: Joe Ofahengaue is out with a calf injury and will be replaced by Rhys Kennedy after failing a final fitness check on Thursday. The Broncos were granted an exemption to add Shaun Fensom to their extended bench but he was cut an hour before kick-off along with Herbie Farnworth. Interchange forward Thomas Flegler, who missed training this week with illness, is fit to play.

Eels: In a late change Daniel Alvaro moves into the starting side and Marata Niukore goes to the bench. Blake Ferguson is back on the wing after being sidelined since round 17 with a knee infection. His return will see Brad Takairangi go to the bench. Nathan Brown is out suspended for two weeks for a shoulder charge. Ray Stone and Stefano Utoikamanu dropped off the extended bench on Thursday night. Tepai Moeroa and Josh Hoffman were omitted an hour before kick-off.

Anthony Milford caught a bit of flak after his indifferent performance against the Rabbitohs. If Brisbane hope to play finals footy they need Milford to play like a superstar in his clash with Eels fullback Clint Gutherson, who will be out for a big game after last week's loss to the Dogs.

Milford and Darius Boyd have to take control and get their hands on the ball more often - especially Milford and especially if it's close down the stretch. David Fifita also needs lots of touches on the edges, while Payne Haas and Matt Lodge need to dominate the Eels up front.

They need to get straight back on the horse after having a four-game winning streak snapped by the Dogs last week. Parra have to stay positive and confident in what they're doing, particularly Mitch Moses and Dylan Brown. Maika Sivo will be fired up to wreak havoc after being kept tryless last week.

Massive clash for both sides. If there’s anyone who needs to stand up for his team this weekend it is Darius Boyd. We’ve read a lot and heard a lot about him all season. He’s copped criticism so I’m looking for him to lead. Parramatta were extremely poor last weekend and very, very flat. I would expect that Brad Arthur won’t let them be like that two weeks in a row. Mitchell Moses and Manu Ma’u didn’t combine very well last week but I think that’s where they go again to try and expose the Broncos. Eels by 2

It was a Parra picnic when these teams last locked horns in Round 14, as the Eels cruised to a 38-10 victory after setting up a 26-0 half-time lead. Josh Hoffman scored two of the home team's seven tries, while Mitch Moses kicked five goals. 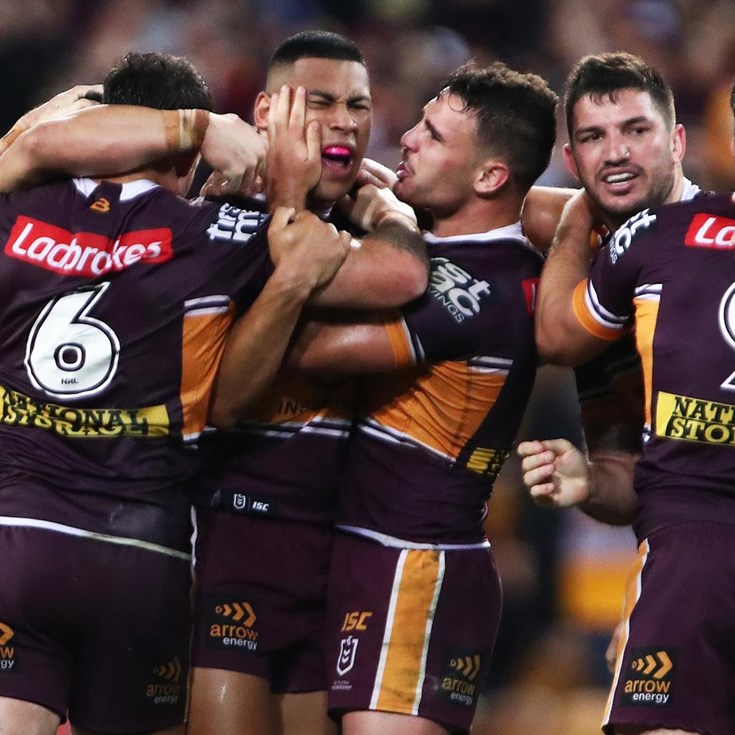 Fifita scores off the back of Boyd brilliance