South Sydney will head into the final round of the regular season firmly in the mix for a top-four finish, after a dominant showing saw them ease past the Warriors 31-10 in Auckland on Friday night.

The win means the Rabbitohs will at the very least go into next week on even competition points with their nearest ladder rivals Manly and Canberra. The win shot them from fifth to third on the ladder with the Sea Eagles and Raiders yuet to play their round 24 games.

Wayne Bennett's side completed all but three of their 39 sets with the ball and ran for almost 500 metres more than the Warriors.

The visitors had owned the opening exchanges and quickly built a 14-0 advantage thanks to a pair of tries (Murray, Alex Johnston) and a Reynolds penalty. But they only led by four points at the break after the Warriors struck twice in the closing minutes of the half through Adam Pompey and Ken Maumalo.

The Warriors cause wasn't helped by the loss of centre Patrick Herbert (quad) in the warm-up, leaving rookie Pompey to fill the void, while in the first four minutes of the second half they also lost starting hooker Issac Luke (HIA) and back-up Chanel Harris-Tavita (arm).

Luke did return to the field – in what was likely his last game at Mount Smart Stadium as a Warrior – but couldn't spark his side back into life as they collapsed to their 14th defeat of 2019.

A spirited carry from Murray saw him through for the opener on 15 minutes, with the lock initially falling to the ground before getting back to his feet and sliding over.

Winger Johnston was next, finishing off a swift backline move in the far corner.

Reynolds converted both and then added a penalty, but with five to go in the half a light seemed to come on for the Warriors.

Pompey sliced through for the first try of his NRL career, before Kodi Nikorima produced some individual brilliance to set up Maumalo for his 17th try of 2019, breaking the line and running 20 metres before grubbering for his hulking winger.

After back-to-back penalties early in the second stanza Souths again looked to the posts, with Reynolds adding two more.

A second Murray try, and a third conversion from Reynolds, gave the Bunnies a 24-10 lead with 20 minutes left on the clock.

Dane Gagai iced it for the visitors with 10 minutes to play, with the Rabbitohs now to face arch rivals the Roosters on Thursday night at ANZ Stadium in a mouth-watering entree to  the NRL finals.

The Warriors meanwhile have a daunting trip to Canberra to play the high-flying Raiders. 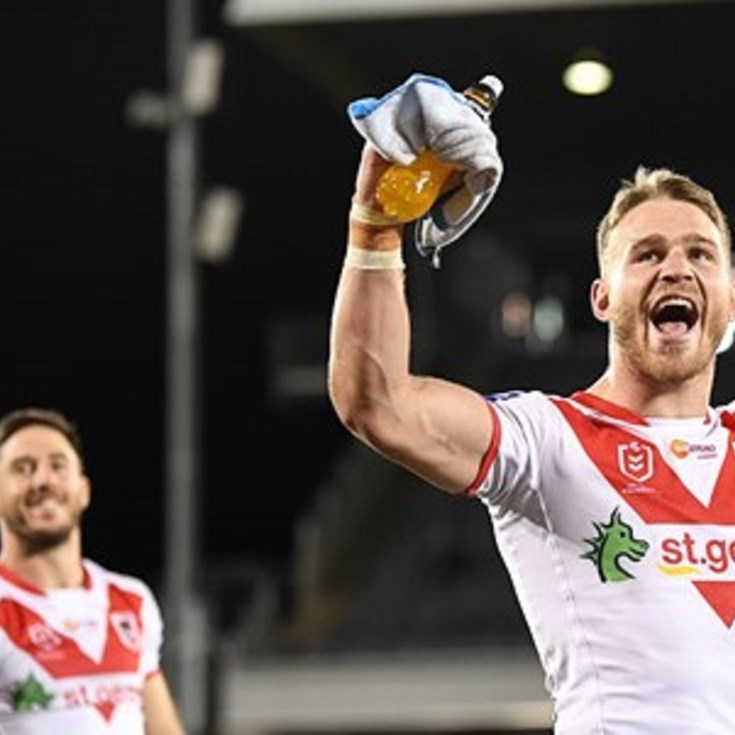 Murray grabs a double to get Souths some breathing room

Murray slices through with ease