For the past six weeks two schoolmates from Maclean on the New South Wales North Coast were destined to coach against each other at the game’s highest level.

That dream was extinguished on Tuesday when Nathan Brown exited his post as coach of Newcastle with immediate effect.

When the 2019 season kicked off Craig Hodges didn’t expect to be in charge of the Titans in round 24 but in the wake of Garth Brennan’s sacking Hodges was elevated from his position as an assistant coach for the final eight games of the year.

For six weeks a showdown with Brown loomed large on the horizon, only for it to be cruelly taken away from both men at the 11th hour.

"It's a shame that we don't get to coach against each other but these things happen,” Hodges said little more than 24 hours before the Titans’ clash with the Knights in Newcastle.

“We started school together, have grown up together and been great mates our whole lives.

“He's probably one of the big reasons I got into coaching, he held me back at school. I'd probably be doing medicine now if it wasn't for Browny,” he joked.

Since the announcement on August 20 that Brown would be leaving Newcastle at the end of the season, he and Hodges have caught up a few times on the phone.

Hodges offered no insight into what might have transpired at the Knights for Brown to be squeezed out but has no doubt he will prove to be a great acquisition for the next club he coaches.

"I'm not sure exactly sure what's happened internally at their club, I'm not across that, but I do know he's a high-quality bloke and a wonderful coach,” said Hodges.

"I know he won't be lost to the game. Whatever Newcastle's loss is it will be certainly some other club's gain.”

For Hodges, the dream of being an NRL coach is also drawing to a close. At least for now.

One of Mal Meninga’s recommendations to succeed Brennan as the Titans’ next head coach, Hodges will depart the club at season’s end to take up job as head coach of Easts Tigers in the Intrust Super Cup.

In the eight games in which he has served as an interim NRL coach following the sackings of Neil Henry in 2016 and now Brennan, Hodges is yet to taste victory but insists he will finish 2019 as a reinvigorated coach.

"I've loved every minute of it,” said Hodges. “I've had lots of texts from mates and friends saying how tough it must be with the results and the performances but I've loved every bit of it.

"I've dreamt of doing it for a long, long time. I always wanted to be a coach rather than a player so I've dreamt of being in this position, particularly at this club.

"To get to do it for eight games has been a genuine dream so I'm extremely grateful for the people that gave me the opportunity and extremely grateful to the staff and players at the club, how they've committed to what we've tried to do.

"I walk away with a big smile on my face.”

As for his chances of notching his first win just days after his good mate was shown the door, Hodges remains realistic about the challenge presented by a Knights team that has been bashed from pillar to post the past week.

"I'm fully expecting to face a dangerous side on the weekend,” he said.

“The playing group has been questioned on a lot of levels, personally and professionally. They've been under attack so I'd be guessing that they'll bring their best football.

"They'll certainly want to make up for that and prove everybody wrong.

"There are some quality representative players and other quality players in their side so when you poke them a little bit and they bring their best football, they become quite dangerous.

"We're looking for improvement on last week's performance which was better than the week before. If we continue that we're pretty confident we can get some success.” 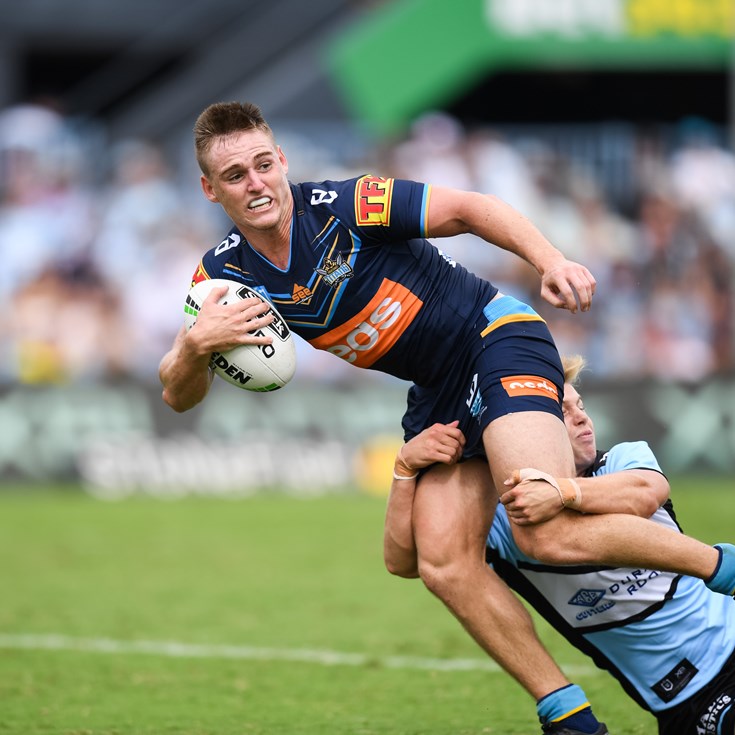