Jorge Taufua would like everyone to know he does things on a football field other than flattening opposition players.

The bell-ringer tackles have caused a cult following at Lottoland. They are also spreading Taufua's name and reputation much further with vision of his hits on players like Cameron Munster, Dylan Brown and Adam Doueihi going viral on social media.

"Obviously I can't be remembered for the amount of tries I score – because I haven't been scoring too many lately," said Taufua, whose last "meat pie" was in round 22.

He's only scored eight in 23 games this year, which is as many as he scored in 2017 when he only played 12 times due to an ACL tear.

"The right side here at Manly like to hog the ball so Reuben [Garrick]  gets to benefit a lot from that," Taufua said, laughing.

"He's the athlete. I'm just your regular winger without his speed."

There's nothing regular about Taufua.

There's not too many players who can – or would be game to – play for Tonga and Samoa.

But Taufua put Pacific nation rivalry to one side because he wanted to make his Samoan mother as proud the past two years, as he did for his Tongan father in 2013 and 2015.

Taufua made 15 runs – the second highest of his team behind prop Adin Fonua-Blake during the win over the Sharks at Lottoland on Saturday. He also ran for 146 metres – third highest behind Fonua-Blake (187) and centre Moses Suli (177).

But the Sharks numbers were not one-offs. He is regularly like a third prop running the ball up after diffusing kicks.

Suli makes the most of last chance under Hasler

"Before all the hype around my defensive hits this year I was more known for my yardage and my carries.

"[Coach] Des [Hasler] has also got me doing a lot more effort areas off the ball. I find this year I'm not doing as many carries out of that red zone, because he'd rather me hold shape for me to do something later on in the set.

"He's trying to get me to save my energy for attack. On the flipside in defence he's got me to go back and diffuse kicks well, and try to work with others on getting the line breaks.

"There's bigger, stronger, faster wingers out there making more metres than me anyway. So I'm trying to be more effective in a different way."

When Manly face South Sydney at ANZ Stadium in Friday night's elimination semi-final, Doueihi is one person who will be keeping an eye on where Taufua is on the field after he flattened the Rabbitohs fullback with an earth-shattering tackle in July.

But the entire backline will be on high alert.

"I want defenders to feel like I'm a threat with my running, and ball work, not just my tackling," Taufua said. 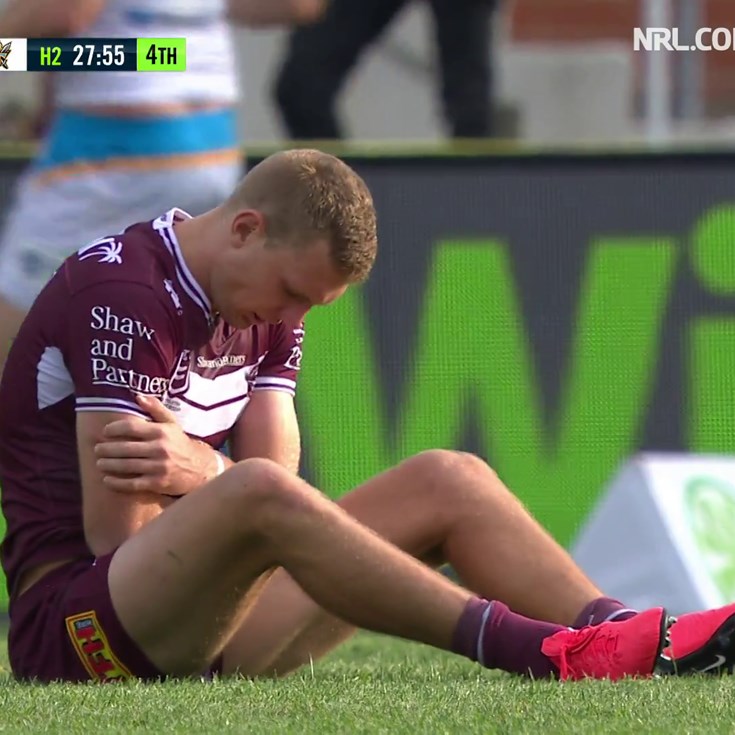 No excuses for Hasler despite another Manly injury