Manly prop Martin Taupau is still shaken up by the concussion injury he caused to young Parramatta forward Ray Stone.

But he won't be tentative when it comes to tackling the South Sydney pack in Friday's elimination semifinal at ANZ Stadium – he'll just make sure he does it within the rules.

Taupau received a grade three careless high tackle charge for the Round 25 hit at Bankwest Stadium.

Stone was knocked out and had to be stretchered off. Taupau stayed with the 22-year-old lock as the Eels trainers came onto the field.

"I was shattered … it's not me. As a young kid you come through the League and try to establish yourself," Taupau said on Tuesday at Manly's North Narrabeen headquarters - the first time he's spoken of the incident.

"I guess you're a little bit loose but as you mature you understand the best way to approach the tough games.

Taupau sent to sin bin for high tackle on Stone

"I felt him drop and once I realised he was down and out, I was really concerned. I spoke to him after the game and he said he was okay.

"I was genuinely concerned about it and glad he played on the weekend – that was a good sign."

Stone cleared all the concussion protocols and tests and played 28 minutes off the bench in the 58-0 rout of the Broncos in last Sunday's final.

Taupau missed Manly's elimination final 24 hours earlier against the Sharks at Lottoland because of the one-match suspension he received with an early guilty plea.

Suli makes the most of last chance under Hasler

"It's a physical game but when you do something out of the rule book it doesn’t look good," he said.

"For me, and most players, it's player welfare first."

He said it was "rubbish" that he might be a marked man for NRL officials from now on. He was also adamant he would not be second-guessing himself heading into the Rabbitohs line this weekend.

"Not me. My record has been pretty clean the last two years before that hit," he said.

But if the Sea Eagles had not pulled off that sterling 28-16 win, that would have been Taupau's premiership season over.

"Leading into that Saturday night, obviously I wasn't playing, but emotions were high for me," he said.

"I had great support out there and a lot of faith in the players that they would come through … I was over the moon with the win obviously."

Taupau praised his front-row partner Addin Fonua-Blake after he dominated the Sharks.

"When Addin scored (51st minute try) I almost broke the roof of the dug-out [at Lottoland] I was so happy," he said.

"I can't say too much more about that kid – I'm just really proud of him." 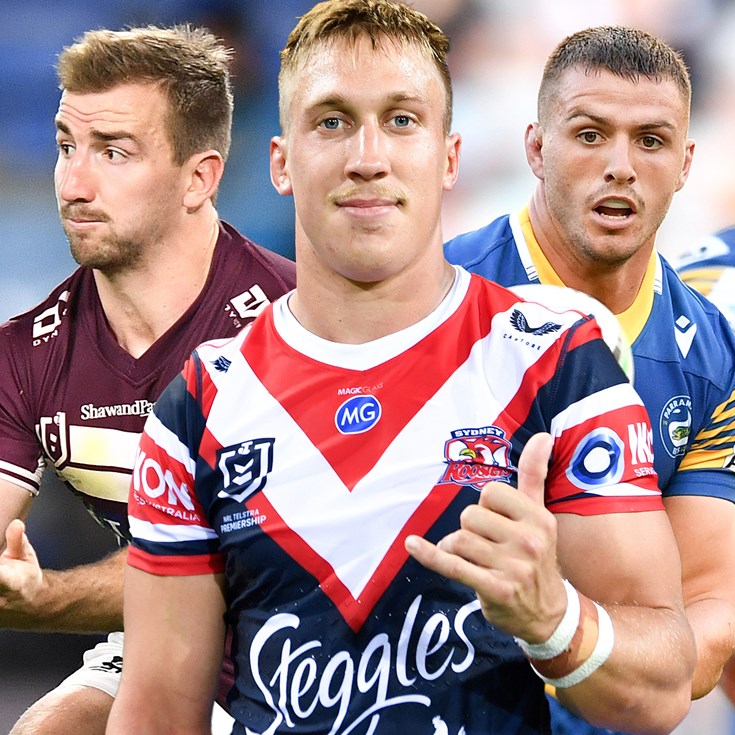