Rabbitohs halfback Adam Reynolds doesn't need anyone to tell him what he needs to concentrate on in the lead-up to the NRL preliminary final against the Raiders in Canberra next weekend.

"I was very disappointed with myself in the first half – well below par of my standards," he said after South Sydney pulled off a 34-26 win over Manly in Friday night's elimination semi-final.

Reynolds was caught out on the right edge defensively, as Manly scored their opening two tries down that side, while the Roosters scored three a week earlier in penetrating Souths' right edge.

The plucky No.7 is not the sole defender there but he missed five tackles. The Rabbitohs missed 36 all up over the 80 minutes, so Reynolds is not alone in needing to work more on reading opposition plays better.

"I'll do a lot at training this week to make sure it doesn't happen again next week," he said.

"I know their [Raiders] game plan will be to come there again so I'll be up for the challenge."

"We handled them fairly well earlier this year," Reynolds said of his side's 16-12 win in round 10 at GIO Stadium.

"Look we haven't defended consistently well there for a number of weeks. So if you want to do well in this competition then defence is everything."

His halves partner Cody Walker said Reynolds constantly beat himself up over his defence.

"He's a very experienced campaigner. You don't see many games like that from Adam," Walker told NRL.com at Saturday's recovery session at Redfern Oval.

"He's one of his own harshest critics.

"But I've got full belief in Adam to turn that aspect of his game around. We look forward to going to Canberra as a group and helping each other perform as a group."

Where there might be one or two lapses in defence, Reynolds makes up for in his kicking game. He shared one forced drop-out and a 40/20 with Daly Cherry-Evans on Friday.

But he sent 13 kicks down on the Sea Eagles heads for 522 metres. Cherry-Evans covered 338 metres with his kicks in play.

Reynolds is up against another master positional kicker in Aidan Sezer, who wasn't part of the round 10 defeat due to a hamstring strain.

"He controls things nicely. He takes care of their spine, pushes the boys around the park and has a great kicking game and not afraid to take the line on," Reynolds said.

"He's shown this year that he's good in clutch moments as well. He's a threat."

Slapping Walker says he has to be smarter

Reynolds uncharacteristically missed his opening two goals against Manly and will be working hard with the kicking tee as well this week.

"No nerves. I probably just took it a bit easier than expected, " he said.

"I probably didn't concentrate as much as I should have. And that's obviously happens when you don't focus."

Still the 29-year-old father of four kicked four conversions and three penalties for a 14 valuable points.

Reynolds remains the Rabbitohs' second-highest all-time after Eric Simms (1965-1975) who scored 1,841 points for the foundation club. 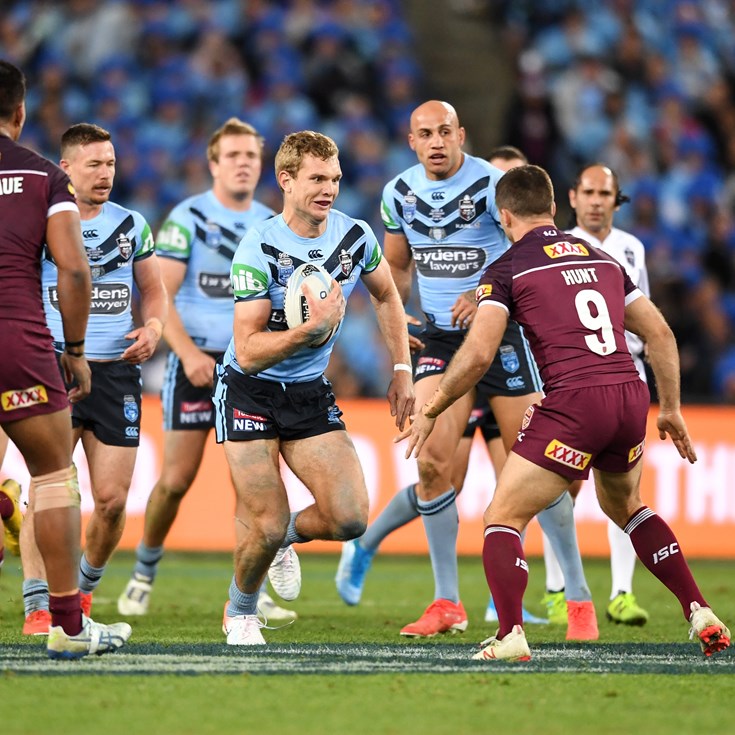 Team of the Week: Round 20 - Hot halves lead a Bunny blitz

The final moments of the Raiders-Rabbitohs 2019 PF