The official 21-player squads for the NRL grand final, NRLW grand final and State Championship final, updated with 19-player line-ups 24 hours before each game and with the final 17-player sides one hour before kick-off.

Roosters: Jake Friend has been included on the bench in what will be his first appearance since round 18, with 20-year-old Sam Verrills retaining the hooker role. Zane Tetevano and Ryan Hall dropped off the extended bench on game day. The return of Jared Waerea-Hargreaves from his one-game suspension for tripping pushes Siosiua Taukeiaho back to the bench. Drew Hutchison and Lindsay Collins were culled from the squad 24 hours from kick-off.

Raiders: Canberra have named the same 17 that defeated South Sydney last week, with Ryan Sutton and Siliva Havili trimmed from the Raiders' reserve list. Sam Williams and Sebastian Kris dropped out of the squad on Saturday night.

Broncos: Meg Ward returns on the wing for Tamika Upton, who moves to the reserves in the only change to the side that was narrowly beaten by the Warriors last week. No alterations to the starting 17 as of Saturday, as Taylor Mapusua and Rosemary Vaimili Tualepai were trimmed from the reserves 24 hours prior to kick-off.

Dragons: The Dragons will start 1-17 after Sarah Togatuki and Lexi Kiriwi were the last two players dropped from the squad. Rikeya Horne starts on the wing. Player of last year’s grand final, former Bronco Kimiora Nati, remains out through illness, while Stephanie Mooka was cut from the reserves 24 hours before kick-off. 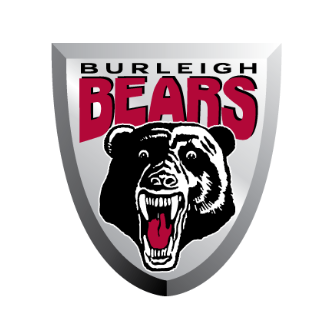 Jets: There are major changes to the team announced on Tuesday with Matthew Evans and Like Polselli replacing Aaron Gray and Tyrone Phillips in the backs. Billy Magoulias has switched to five-eighth, replacing Jack Williams, with Greg Eastwood brought in to start at lock. Siosifa Talakai has also dropped off the bench with Wes Lolo getting a call-up to the interchange.

Bears: Headlined by regular Titans winger Anthony Don, Burleigh will field 12 NRL representatives. Oliver Percy has been left on the bench from the final team announced an hour before kick-off with Jeff Lynch elevated to the interchange.

On the cup and up: Whose stocks rose on world stage