Brisbane Broncos coach Kelvin Wright has backed Australian Jillaroos fullback Chelsea Baker to bounce back after leaving her out of the NRLW grand final on Sunday.

Wright opted for little-known 24-year-old Tamika Upton to deputise at fullback for Baker and she repaid the faith with a dominant performance that could leave Baker's immediate future in some doubt.

The Jillaroos will name their squad to play New Zealand and Baker is expected to be named.

The Broncos fullback failed to create a try during the NRLW season and was uncharacteristically quiet in attack.

"It was immensely tough," Wright said of leaving Baker out following the side's 30-6 win over the Dragons.

"She's an experienced and big-game player. It was certainly the hardest conversation I've had in my coaching career.

"She took it on the chin. I'm sure Chelsea will bounce back."

Wright said Upton's performance against the Warriors last week made it difficult to leave her out, while he wanted to fit Broncos winger Meg Ward into the backline.

Ward returned the favour with five conversions from six attempts.

"She's got this cool, calm collected attitude about her. The biggest thing was at the end of the game when the Dragons made a break she just competes and puts her body on the line."

Upton finished the game with 132 running metres and a try assist after playing two games for the Broncos on the wing previously.

"It was insane, I didn't know what to expect but from the warm up everyone was zoned in," Upton said.

"I was warned during the week to watch videos and be aware of it. The coach obviously saw something that he liked. I didn't really get nervous. We have so many leaders in our team. There was no need for nerves when you've got a great team."

Upton, a product of Rockhampton, had been training at fullback with the Broncos while Baker recovered from ankle surgery in the pre-season.

"She's a legend of the game and has been helping everyone in the pre-season," Upton said of Baker.

"The coach told me to learn all back five positions in the pre-season. I was aware of everything. This year I was playing local league and didn't think I'd be playing any sort of rep stuff. To be here now is pretty incredible." 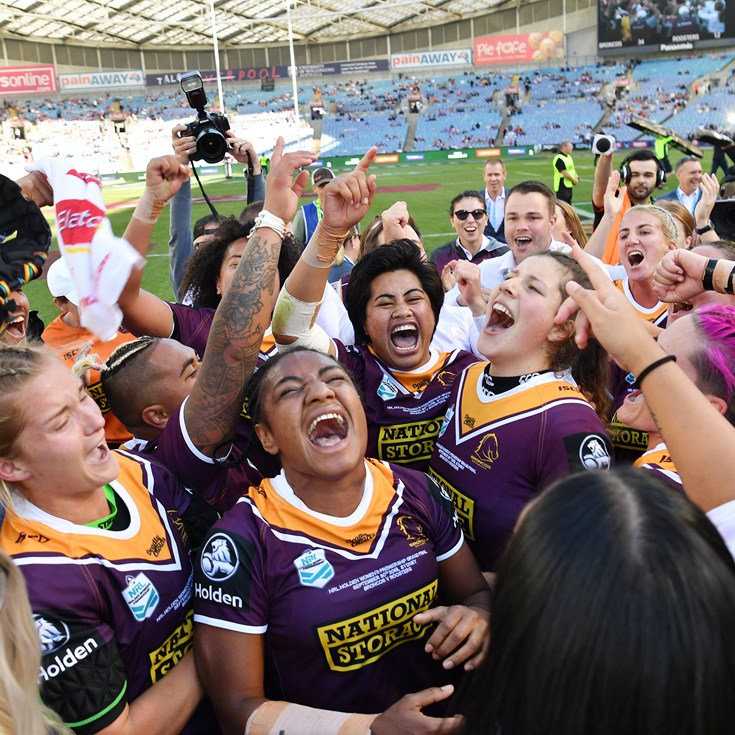 Broncos tune up for title defence with PNG trial