Charnze Nicoll-Klokstad was set to skip the Downer World Cup 9s after a taxing club season but the chance to have an early taste of Kiwis camp convinced him otherwise.

The Canberra gun initially wanted to line up with the Cook Islands – for whom he's played one Test – but ruled himself out to recover from his first full NRL campaign, which ended in a grand final berth.

However, New Zealand came knocking for the fullback when his Raiders teammate Jordan Rapana withdrew from their original squad.

Having won a debut place in the Kiwis Test squad to play Australia on October 25 leading into games against Great Britain, Nicoll-Klokstad decided to forgo rest and get accustomed to the national set-up.

"I still wasn't too keen on playing nines. I spoke to 'Sponge' [Tony Iro], who's the Cook Islands coach, and he was pretty understanding about everything," the Auckland-born Nicoll-Klokstad said.

"The opportunity came here [for New Zealand] and instead of looking at the negatives, I switched it on its head and looked at all the positives.

"I could get into camp a week earlier and meet the boys and just be in the Kiwi environment and really relish those sort of things."

The 24-year-old insisted there is no bitterness from the Cook Islands side despite the possibility of him facing them in the finals at Bankwest Stadium on Saturday if both nations progress that far.

"They'll be happy for me, more than anything – as I would have been if it was the other way around," Nicoll-Klokstad said.

"It's every kid's dream to represent their country. I get the chance to do that on a smaller stage in the nines and see what we can do ... I'm just really wanting to stay present and really soak in this week.

"It's crazy for me, it's been a fairytale sort of year."

Nicoll-Klokstad said his body was holding up well, though the internal pain from the devastating grand final loss to the Roosters lingers.

Being able to swap a lime green jumper for the black and white and focus on a new goal is somewhat easing the hurt.

Fellow Raiders outside back Bailey Simonsson will also feature for the Kiwis in the nines, primed for the shorter format having represented New Zealand in rugby sevens prior to making his NRL debut this year.

"I haven't played nines before so I don't really know what to expect in terms of the game. I guess sevens helps a little bit but I'll just go out there, just play with the boys and go with it," Simonsson said.

"My memories of sevens was tough so I'm thinking it's going to be a bit like that in terms of the lungs burning. It's exciting, it'll be good fun.

"I think it'll be throwing the ball around. You want to play towards space and create space and opportunities, so I think we'll be trying to do that."

Simonsson aptly described his year as a "whirlwind", from starting out on a train-and-trial deal with Canberra to becoming a regular in the team, netting a contract extension and forcing his way into the Kiwis system.

"I just try to take it day-by-day and not get ahead of myself," Simonsson said.

"I guess I can't believe how quickly things have happened but I'm just trying to take it in my stride." 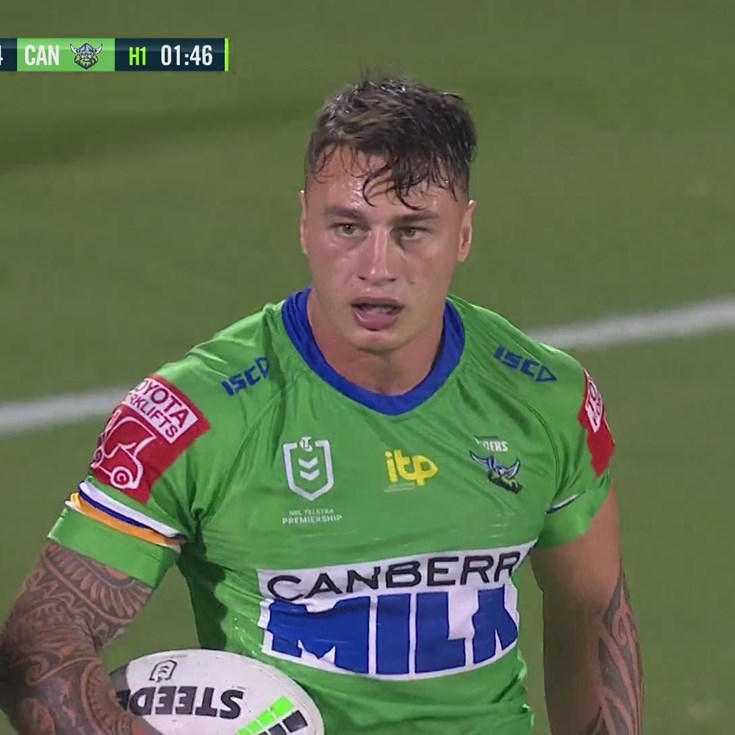