A poor start to the season ultimately cruelled Penrith as they missed the finals for the first time in four years.

Tipped by many as title contenders before a ball was kicked, the Panthers endured a turbulent pre-season and then won just two of their opening 10 games in coach Ivan Cleary's dramatic return.

A seven-match winning streak pushed the team from the foot of the Blue Mountains back into finals contention but they fell away again at the business end to finish 10th - one point behind eighth-placed Brisbane.

Veteran five-eighth James Maloney has departed but the club's future is promising, with nine debutants including Brian To'o, Matt Burton, Liam Martin and Stephen Crichton having looked the goods in 2019.

Penrith Panthers: 2019 season by the numbers

Penrith won four straight home games during a mid-year revival and claimed their season-best 54-10 win at Panthers Stadium against Newcastle in the last round.

Things were considerably tougher on the road, however, as Penrith averaged only 13.8 points while leaking 21.7 points.

The club ranked 10th for post-contact metres per match with 463m. No Penrith player cracked the top 10 individually.

Prop James Fisher-Harris (1015 overall metres) was the only Panther to reach four figures.

Twenty-five of Penrith's 67 tries last season came down the left or centre-left channels. Back-rower Viliame Kikau and centre Brent Naden led the way for tries on the left edge.

Another 21 four-pointers were notched through the middle, where halfback Nathan Cleary nabbed nine of his team-high 10 tries.

The Panthers touched down 21 times on the right side, with winger Brian To'o bagging six of his nine tries out there.

The Panthers' left and centre-left defensive channels allowed 28 of the team's 81 tries.

Twenty-seven were allowed in the right and centre-right channels and 26 through the middle.

It seems the Panthers particularly struggled to repel opposing sides under fatigue, having leaked 28 per cent of their tries in the final quarter of games.

Fullback Dylan Edwards was responsible for the most try causes with 19, followed by winger Josh Mansour (16).

Penrith were the NRL's third-most ill-disciplined side - giving away 189 penalties - and they constantly paid the price.

The Panthers ranked fourth for tries conceded following a penalty with 30. That was 37 per cent of their overall conceded tries.

James Maloney, a perennial adversary of referees, led his club and the premiership for penalties conceded with 27. James Fisher-Harris (18) came in next.

The Panthers ranked 11th for metres gained in the immediate carry after an offload with 1456 (60.7 per match).

Fullback Dylan Edwards's support play resulted in him collecting the most metres following offloads (85.3) at an average of 5m per carry.

Winger Josh Mansour showcased an ability to pass effectively in traffic as his teammates totalled 240.4 metres (7.8m per carry) from his team-best 31 offloads.

Nathan Cleary and James Maloney are renowned sharpshooters, so it's no surprise Penrith topped the competition in goal-kicking accuracy.

Cleary, the side's primary kicker, nailed 58 goals from 66 attempts at a success rate of 88 per cent.

Only St George Illawarra's Gareth Widdop (88.2%) owned a better percentage out of full-time kickers - though he had just 34 attempts due to injury.

Penrith deployed a competition-high 33 players throughout the season - two more than the Warriors (31) who had the second-most. Canberra, Wests Tigers and Cronulla (26 players) used the least.

Eleven rookies (who could have played a maximum four maiden first grade games in the previous two seasons) were called on by Ivan Cleary.

The squad averaged 63 NRL games per player and had a median age of 24.5 years.

Attacking and defending inside 20m

The Panthers had difficulty attacking from inside the opposition's 20-metre line.

While back-to-back premiers the Roosters averaged a try every eight play-the-balls in an opponent's "red zone", Penrith took 14.7 plays to register a four-pointer. Only the Bulldogs (14.8) were worse.

The Panthers were decent at nullifying their opponents' offense, ranking equal seventh for defending their goal-line - conceding a try every 11 play-the-balls.

Penrith averaged the second most shift passes - which cover 30 per cent or more across the field - in the competition with 27.2 per game. Fifty-three per cent of those shifts went left.

They only achieved moderate success with the tactic, however, as their respective nine tries from shifts down each edge fell short of the NRL averages this year (left - 13.9, right - 12).

Despite the frequency with which they let the Steeden sing, Penrith recorded the second-lowest and lowest line break percentages on both sides (left - 5 per cent, right - 3 per cent). 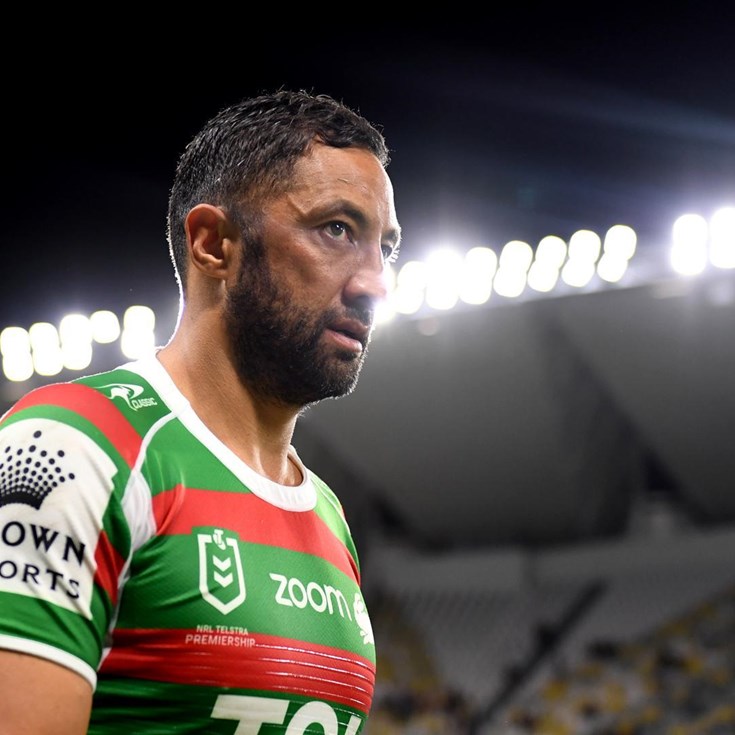