Given his huge workload, you'd have forgiven Panthers lock James Fisher-Harris for standing back and sucking in the big ones when his teammates carted the ball up.

But resting is clearly a foreign concept to the 23-year-old, who cruelly tore his pectoral after the season while bench-pressing in the gym.

Having been crowned Penrith's 2019 Player of the Year and the VB Hard Earned award winner, he smashed his personal-best numbers for metres (3190 from 388 runs) and tackles (1030).

In addition to the tough stuff, Fisher-Harris led the league for decoys (305) and easily had the most supports (290) of all Penrith forwards as he became an 80-minute weapon.

Those one percent efforts won't make any highlight reels but they're applauded by the Panthers.

"He was our best by head and shoulders – he was phenomenal last season," back-rower Isaah Yeo said of Fisher-Harris.

"It's just the kind of person he is. He works his bum off for this team and it definitely doesn't go unnoticed. A lot of other people are noticing it too from outside.

"I'd expect him to come back just as good next year."

Added captain James Tamou: "He was massive, I can't remember a game where I didn't send him a message after saying 'you killed it mate'.

"I think he got sick of it by the end of it. He was unreal."

The modest Fisher-Harris played down the accolades and said he was simply doing his job.

"I just go out there, try to rip in however I can," said Fisher-Harris, who featured in all 24 games for Penrith this year.

"Plus I was playing big minutes so that's why I was always around the ball as a middle player. That's probably why I got all those stats."

Block plays were a staple of 10th-placed Penrith's style last season, with a competition-high average of 59.2 decoy runs per match.

Backing up was also of high priority to Ivan Cleary's troops as they ranked third for average support runs with 130 per match.

"The coaches keep pushing [us to run] supports," explained Fisher-Harris. "If you run a good decoy, someone else gets a better run and things like that."

"It's a pretty strange injury ... It was just one of those things that was always going to happen, I reckon," Fisher-Harris said.

"It was just going to be a time thing. If it didn't happen then it would've happened some other time, something like that."

However, he took solace from seeing the Kiwis win two of three matches to ascend to the peak of the world rankings.

"I watched the boys and they went good other than the loss to Aus," he said. "NZ's on top now; hopefully we'll stay there."

The workhorse will have a limited Panthers pre-season but is expected to be fit for the round one clash against the reigning Roosters.

"I'll start from scratch and talk to the boys and try to help the boys out as much I can while watching them," Fisher-Harris said. 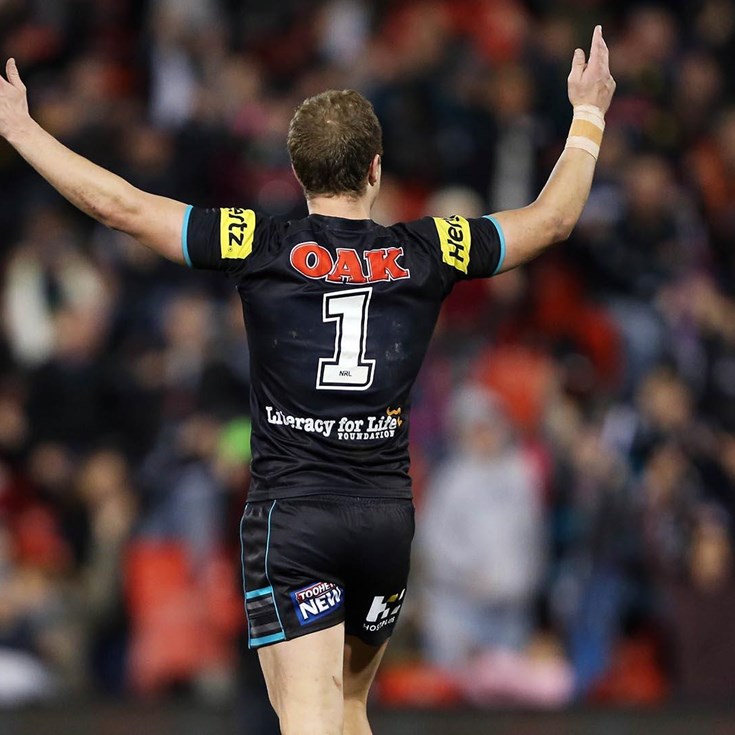 VB Hard Earned Team of the Week: Fisher-Harris back to work