Tevita Pangai jnr has knocked back the Roosters twice in as many seasons, but still hopes to replicate Trent Robinson's red, white and blue-print for premiership success at Brisbane.

After two seasons of conjecture over his future and interest from several NRL rivals, led by the Tricolours, Pangai re-signed with the Broncos in July on a three-year deal.

The Roosters first came calling with a multi-year offer in 2018 when the Tongan powerhouse first rose to prominence, before Pangai officially inked a 12-month extension at Red Hill a week into Anthony Seibold's tenure.

Midway through 2019 Pangai again considered a shift south, this time meeting with Robinson at his home in Waverley, flattered as much as anything by the interest from the back-to-back premiers.

Pangai ended up committing to Brisbane until the end of 2022 – despite giving CEO Paul White a near-heart attack on April Fool's Day by telling him he was Bondi-bound.

Now Pangai wants to lead the Broncos to a drought-breaking title in the same way Robinson and Pangai's childhood hero Sonny Bill Williams restored the Roosters as an NRL powerhouse.

Pangai produces the pass of the season to set up Turpin

"It was interesting for sure meeting with Robbo, you don't win three comps without being a good coach," Pangai told NRL.com.

"He's a real student of the game, I really enjoyed meeting with him and the plans he had for his team. The way he sees the game, he's got a pretty broad view. I enjoyed meeting him but my heart's always been in Brisbane.

"It was flattering, definitely. I always loved Sonny Bill as a kid, and he and Robbo obviously brought success back to the Roosters.

"I'm still always asking questions about what the Roosters do, hearing what they do differently and what they do to have that success.

"They're really big on their defence. Every year they're one of the best defensive teams, and their support play in attack, it's mindblowing.

"They're always on the ball with James Tedesco, Luke Keary and those boys. What you can take out of the Roosters I think is they scramble really well and keep following the play always, that's what I reckon we can look at with Brisbane."

The Broncos' 2019 campaign ended in devastating fashion courtesy of a 58-0 thumping from Parramatta in week one of the finals.

Pangai sat out that contest thanks to a five-game suspension for a crusher tackle on Penrith's James Maloney, his ban blown out by a string of charges over the last two years.

Given the 23-year-old had rediscovered some of his best football after contract discussions proved a mid-season "distraction", Pangai wants to be smarter about his aggressive approach to the game.

Getting to know Pangai jnr

"Being suspended, that was very tough," Pangai said.

"I had started to build some momentum at the back end of the season. I was getting some good games together, playing a bit more consistently and felt like I was starting to work out my routine.

"I was getting myself in the right mind frame especially once I had the contract stuff sorted and that was no longer in the background.

"So copping the suspension, it was tough, but it's also the way I play.

"It's high speed, and that's basically what Seibs said, he likes the way I play, he likes that aggression but he wants me to be smarter about it." 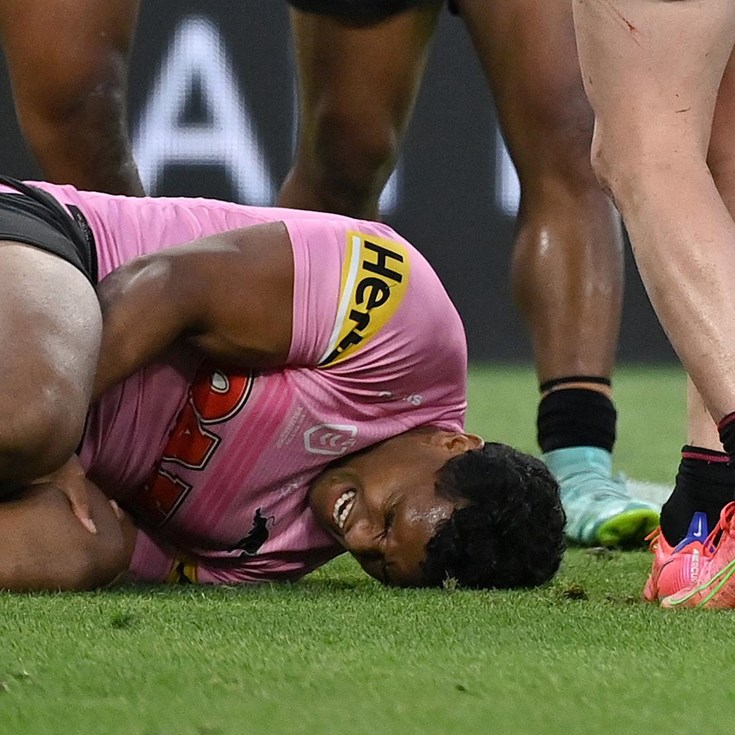 Presented By Chemist Warehouse 2 weeks ago

Tevaga found not guilty, Vunivalu gone for one

Heads dropped and we went out the back door: Boyd