Rookie lock Billy Magoulias has played just two NRL matches but he was the subject of arguably the largest banner made by fans who packed the airport in Port Moresby for the arrival of Cronulla and Canterbury players on Thursday.

The Sharks and Bulldogs players were welcomed as heroes at Jackson's International Airport and later at an autograph session at the city's National Football Stadium, where the two teams will play an historic NRL trial on Saturday.

Fans chanted the name of each player as they exited the airport terminal, while some had banners, including one that read: "Fantastic enforcer #13 Billy Magoulias".

Dylan Napa and Josh Dugan were among the most popular players but the loudest cheer was for former Bulldogs and Warriors captain Steve Price, who is now head of football for Canterbury.

"That's all part of the experience," Bulldogs captain Josh Jackson said. "A few of the boys were buzzing when we showed up and there was a bit of a crowd there for us, and they were chasing the bus along.

"We have got a couple of 18-year-old kids who are probably on their first overseas trip and they have been excited for the last week or so to get over here so it is a really good experience for them."

The pre-season trial is the first time the NRL has hosted a trial match in Papua New Guinea and is supported by the Federal Government's PacificAus Sports program.

While in PNG, the clubs will take part in coaching clinics and a coach development, while also promoting Department of Foreign Affairs and Trade (DFAT) programs targeting social inclusion, participation, equality and health and wellbeing.

"I have had an opportunity to play here a couple of times with the Prime Minister's team and I have always really enjoyed it," Jackson said. "Obviously they have a great passion for their footy over here and it is great for the players to experience a different culture as well.

"It puts a lot of things into perspective for us as people, things that we take for granted but football wise it is outstanding too. The facilities here are really good and obviously they have had some really strong performances through the local team, the Hunters, and also the Kumuls as well."

The Bulldogs have taken an experienced team, whereas there are few regular first graders in the Sharks line-up but the fans didn't seem to mind as they lined up for autographs or photos with the players in 35 degree temperatures outside the stadium.

Cronulla coach John Morris said the club was committed to developing the game in the Pacific and had recently established a pathway for players from Fiji's Ron Massey Cup team, the Kaviti Silktails, who will join the NSWRL competition this season.

"It's an amazing opportunity and experience to come to PNG and promote our game of rugby league which the locals are just so passionate about," Morris said. "I think that experience in itself is going to be awesome for the youngsters that I bought over.

"It's also a wonderful opportunity for the Cronulla Sharks to build on our Pacifika strategy, in which we recently created a pathway for the Fiji side, the Kaviti Silktails, and part of that was to expand and promote the game in the Pacific so when the Bulldogs approached us to play this game up here we jumped at it."

Both teams were officially welcomed to PNG with a reception at the residence of the Australian High Commissioner on Thursday night and Bulldogs coach Dean Pay believes the experience will benefit his players ahead of the upcoming NRL season.

"Obviously it is the first time a lot of our boys have been over here so just coming from the airport to the hotel and seeing the passion that the Papuans display, and the way they love their rugby league we are looking forward to it," Pay said.

"It's great that the Sharks have done the same thing and came over, so hopefully we can put on a good game of footy for them." 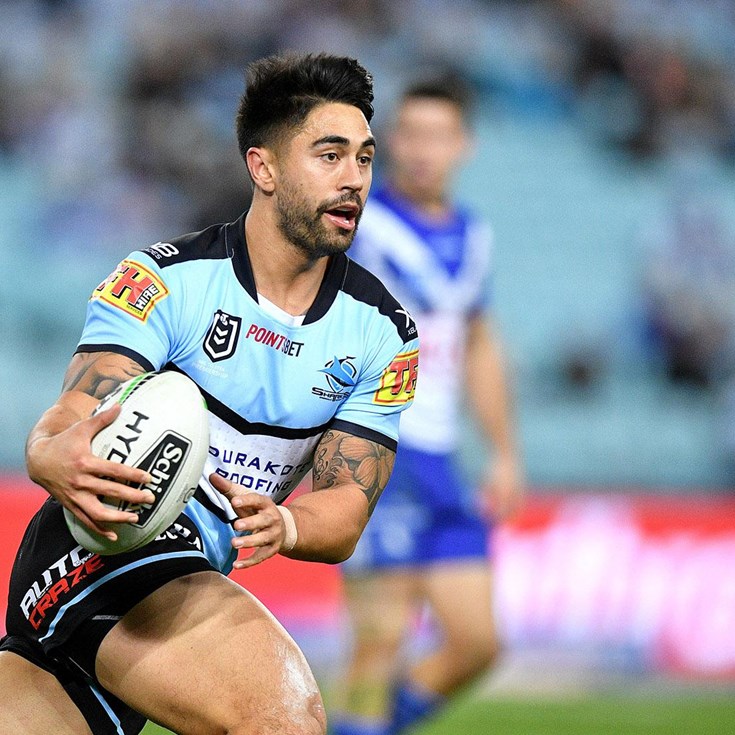