James Maloney describes the 25-metre runs down the side of his house and backyard weights sessions as "prison-style" training.

With France in a near-total lockdown from March 17 until at least April 1, Maloney has been confined to his home in Perpignan, along with wife Jessica and their four young children.

His Catalans teammates face the same restrictions so each player is finding innovative ways of training at home.

"We are pretty lucky because we have a bit of a backyard so it is not like we are stuck in an apartment but we still have four kids who can’t go anywhere for two weeks so they go a bit stir-crazy," Maloney said.

"It is just what we have to do and hopefully if everyone follows the rules we can knock this on the head."

For anyone to leave their home they must complete an online form detailing the reason and carry it with them or face heavy fines.

Only a few reasons are deemed acceptable, such as essential food shopping or medical appointments.

Catalans players have been instructed to maintain their fitness in anticipation of the Super League competition resuming on April 3, although France has implemented a ban on group gatherings of 10 or more people until April 15.

"We are doing ‘prison-style’, backyard workouts and just doing what we can for 15 days," Maloney said.

"From the front to the back I can probably run 25 metres down the side of the house so I am doing little runs, push-ups, squats and just a lot of body weight stuff. It’s about being creative and I’ve been finding things on YouTube.

"At the moment, after the 15 days, you are allowed a maximum of 10 people together so I think we can go back into training but we will be separated into groups and not all training together to abide by those regulations.

"It is strange because in a few weeks the footy kicks off again and you have still got to be fit ready to go so it is a new challenge for everyone.

"No one has been in this situation before so we just have to wing it and just make sure you are still in decent nick and ready to go when it kicks off again. It’s just do your best really."

No panic at French supermarkets

Maloney is unable to speak French so he was initially unaware of the seriousness of the situation until he saw British television news reports.

France has almost 10,000 diagnosed coronavirus cases and suffered more than 250 deaths but the former NSW five-eighth said there was little panic.

"You see the scenes back in Aussie where people are losing it at the supermarket but everything over here has been quite sensible," Maloney said.

"We had notice about the lockdown so Jess said ‘I better duck out and get a bit more food so we don’t have to leave home’ and she said the supermarkets were quite orderly. They were just letting people in slowly to help keep people apart as well.

"We talk to the neighbours over the fence and it doesn’t seem like there is too much stress, everyone is just hanging around at home.

"There are people obviously who still need to move around but there are police in different spots so if you get pulled up you have got to have this form proving that your movements are essential.

"Supermarkets and things like that are still open and everyone smokes over here so tobacconists are still open. We can’t have everyone trying to ween off the durries while in lockdown.

"Pharmacies are open too and if you need something essential you have to go on your own, take precautions and just go straight there and back."

Trying not to go stir crazy

Maloney’s daughter Layla turns eight this week but she won’t be able to have a birthday party with friends.

"Schools closed down last Friday and they have got three weeks until their two-week holiday so they have got five weeks off now but they have got schoolwork to do at home so the teachers have let them know that they aren’t really on holiday," he said.

"You have still got to get them out in the backyard, and find new games and do all sorts of stuff.

"As bad as it is it is also a positive in that we get two weeks together to spend some real quality time with each other. No doubt there will be blow-ups but it will be nice as well."

Maloney joined Catalans after two years at Penrith and previous stints with Cronulla, Sydney Roosters, the Warriors, Melbourne and Parramatta.

His introduction to Super League has been disrupted after Catalans' round two match against Wakefield was washed out, their round-four clash with St Helens was postponed because of the World Club Challenge and Leeds refused to travel to France for last weekend’s round-seven fixture after a player exhibited COVID-19 symptoms.

The Super League has been suspended and it is uncertain when Catalans will play again as their next scheduled match is a Challenge Cup fixture against Widnes in early April.

Catalans are also drawn to host Toronto Wolfpack on April 11 but the ban on gatherings of 10 or more people will still be in place.

"I find it a little bit surprising that the NRL is still trying to run when it seems like every sporting competition all over the world has stopped," the dual premiership winner said.

"The reports we were seeing over here were that Australia was about 10 days behind us in terms of the cycle of spread and all of that so I am sure that similar things will be put in place in Australia in the not too distant future." 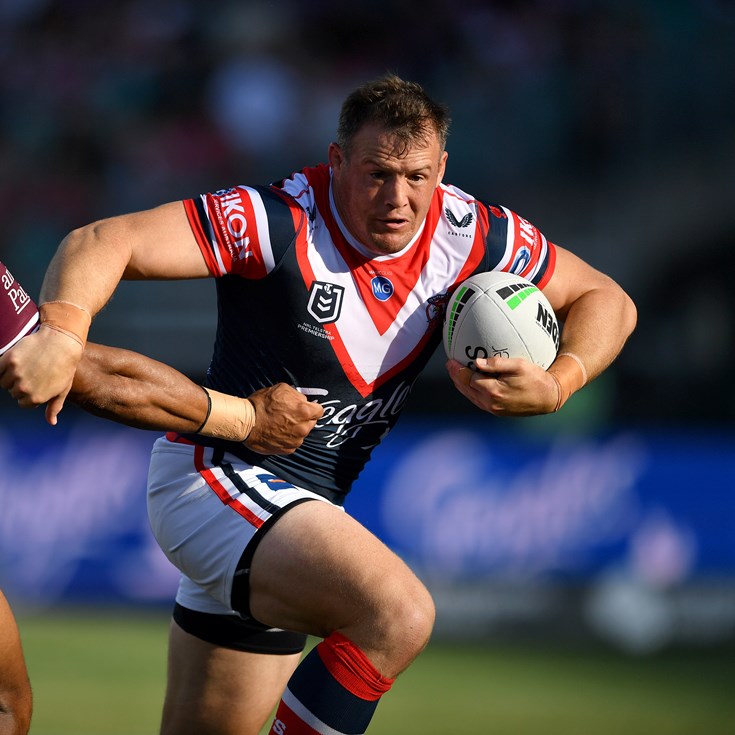