Newcastle hooker Jayden Brailey faces a lengthy rehabilitation period after the club confirmed he suffered a ruptured ACL during the side's 42-24 win over the Wests Tigers.

The former Shark had his knee tested by a trainer following Josh Reynolds’s second-half try but played on and showed no further concerns during the clash.

It's believed he suffered the injury while passing the ball in the first half.

Brailey had follow-up scans on Monday with results confirming the setback.

“I’m extremely disappointed but I will bounce back,” Brailey said in a statement.

“I’ll take this challenge head on and look forward to re-joining my teammates.”

Brailey, 23, made the move to Newcastle ahead of the 2020 season after a three-year stint with local club Cronulla.

He was due to play the Sharks and younger brother Blayke on Saturday before the coronavirus pandemic forced the NRL to suspend its season.

The Knights previously let go of specialist No.9 Danny Levi to make way for Brailey.

Further options to replace Brailey in the starting side, when the season resumes, include Connor Watson and Chris Randall, while Luke Huth is in the club’s development system. 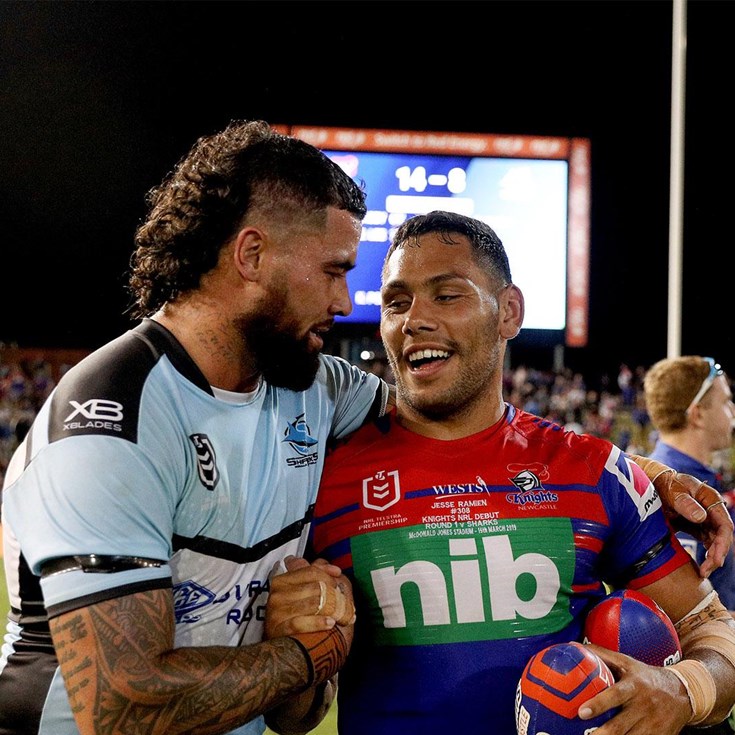 Ponga will complete us: Brailey