Even before Warriors players and staff agreed to leave their families behind and relocate to Tamworth to ensure the viability of the restructured NRL season, the New Zealand club was already considered one of the most valuable in the competition.

The sacrifices made by the Warriors have enabled the NRL to fulfil contractual commitments with broadcasters that provide the bulk of the revenue used to fund each of the 16 clubs in the Telstra Premiership.

However, the Warriors have always made a significant contribution to the game in ways that most other clubs aren't able to because of their location in New Zealand.

While the Broncos are arguably the biggest club in the NRL, being the only team in Brisbane can’t be directly attributed to extra broadcast revenue, additional playing numbers or the growth of international rugby league.

As the focal point of the game in New Zealand, the Warriors can claim to have played a significant role in:

From a financial and development point of view, it can be argued that the Warriors contribute more than any other club and there is huge potential for growth if they can achieve the sustained on-field success that has eluded them in their first 25 years.

Kearney: I felt a bit sad

SKY is the limit

Television audiences for premiership matches in New Zealand sparked the bid for the Warriors to join the Australian competition in 1995 but without the involvement of a Kiwi team it is extremely unlikely SKY NZ would pay as much.

The broadcast deal has been reported to be worth about $16 million per year but fierce competition created by the entry of live streaming service Spark Sport could drive up the value in the next broadcast rights deal.

Spark had the rights to last year’s Rugby World Cup and has a long-term deal with New Zealand Cricket, as well as English Premier League.

SKY retained the rights to All Blacks matches and other rugby union fixtures after striking a unique deal with the NZRU last October in which the code received a five per-cent stake in the broadcaster.

According to a new book on Kiwi legend Olsen Filipaina by Patrick Skene, entitled 'The Big O', there were just four Polynesian or Maori players in the premiership when he joined Balmain in 1980.

By 1993, the year the Warriors were given the green light to join the premiership, there were 26 New Zealanders playing across the competition.

The establishment of the Warriors has seen the number of New Zealand-born players in the NRL rise to 114 players or 23 per cent of all talent in the Telstra Premiership.

In addition, there are other players who were born in Samoa, Tonga, the Cook Islands or Fiji and grew up in New Zealand, such as Warriors captain Roger Tuivasa-Sheck.

While not all Kiwis playing in the NRL came through the Warriors system, interest in league in New Zealand has increased dramatically since the club was founded and it can be considered the No.2 sport behind rugby union.

Having a New Zealand team in the premiership sets the NRL apart from AFL and provides the code with access to sponsors and fans in another market of five million people.

The NRL Nines were played in Auckland from 2014 to 2017 and not only generated extra revenue but enabled the game to develop relationships with Kiwi businesses and provided exposure for sponsors in New Zealand.

The 2017 World Cup was also a huge success in New Zealand, with most games played before capacity crowds as fans got behind Tonga, Samoa and Fiji, as well as the Kiwis.

Auckland hosted the Kangaroos in two Tests at the end of the 2018 season, as well as last year’s Oceania Cup tournament and the Great Britain Lions tour.

Families set to join Warriors at eventual Central Coast base

The entry of the Warriors into the NRL has coincided with the rise of the Kiwis as an international force and a genuine trans-Tasman rivarly.

Led by Warriors great Stacey Jones, New Zealand ended almost three decades of international domination by Australia in 2005 and Benji Marshall steered them to victory at the 2008 World Cup.

There have been other triumphs along the way and New Zealand won three consecutive Tests against the Kangaroos in 2014 and 2015, as well as the 2018 trans-Tasman Test in Auckland.

Their success in last year’s Oceania Cup and the historic defeat of Australia by a Tonga team featuring many players born or raised in New Zealand has elevated the Kiwis to the No.1 spot on the IRL’s international rankings. 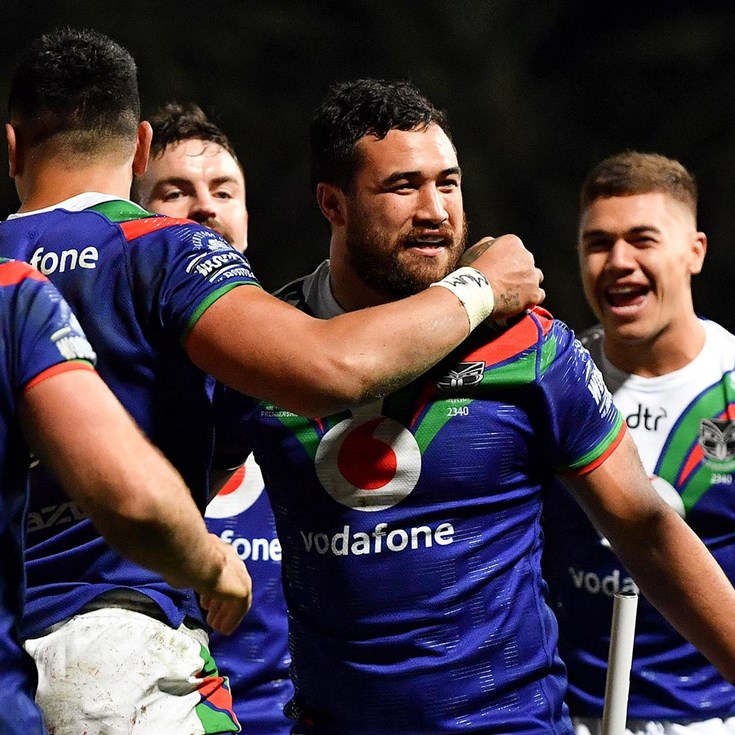