Here is all you need to know about the North Queensland Cowboys' revised 2020 Telstra Premiership draw.

A travel-friendly resumption awaits with two home games at the new Queensland Country Bank Stadium in Townsville against the Titans and Sharks before the Warriors at Gosford, Wests Tigers at Campbelltown and back home for the Knights.

Broncos (Round 20, Venue TBC): One of the NRL's most hotly contested rivalries, Broncos v Cowboys always seems to toss up thrillers regardless of where the two teams sit on the ladder. This is the regular-season clash the Cowboys most want to win and it will burn having lost twice in 2019 – including an absolute heartbreaker in Townsville in round 21 – and in the opening round of 2020. They'll get a chance to make amends here in the final round of the season which could be make-or-break for finals footy for one or both sides.

Titans (Round 3, Queensland Country Bank Stadium; Round 13, Venue TBC): After a 1-1 start to the year in a reduced season it's crucial the Cowboys bank a few wins early. With all respect, landing last year's wooden spooners as one of the five teams they play twice will help but they can't afford to squander the chance in this Queensland derby.

Storm (Round 18, Venue TBC): The Cowboys have a habit of playing well against the Storm without quite getting the chocolates. Runaway minor premiers Melbourne won their two games against the Cowboys last year by six and eight points to extend their winning run to 10 games over four years despite some very tight games. Melbourne's 2017 grand final win was the biggest margin of the 10 games. The only meeting in 2020 comes late in the year when ladder points will be at a premium.

Roosters (Round 10, Queensland Country Bank Stadium): Trivia time. Which was the only NRL club not to lose to premiers the Roosters in 2019? You've probably already correctly guessed North Queensland, who eked out an upset 15-12 win in Gosford in their only meeting. North Queensland face the premiers just once this year and get to do so at home so jagging a win would be a big bonus.

Sharks (Round 4, Queensland Country Bank Stadium; Round 16, Venue TBC): There have been some spicy stoushes over the past five or so seasons, including one of these clubs ending the other's season through the finals in their respective 2015 and 2016 premiership wins and again in 2017 in the Cowboys' run to the grand final. Cronulla downed Paul Green's men twice in 2019, including a 42-16 shellacking in Townsville in round three that was one of their worst losses of the year.

Rounds 14-18. The good news is the tougher games are relatively well spaced out. The biggest challenge will arguably be if they are still required to fly in and out on game days for away games late in the season with round 16's home game against Souths followed by three road trips in four weeks, including against the Sharks and Storm. 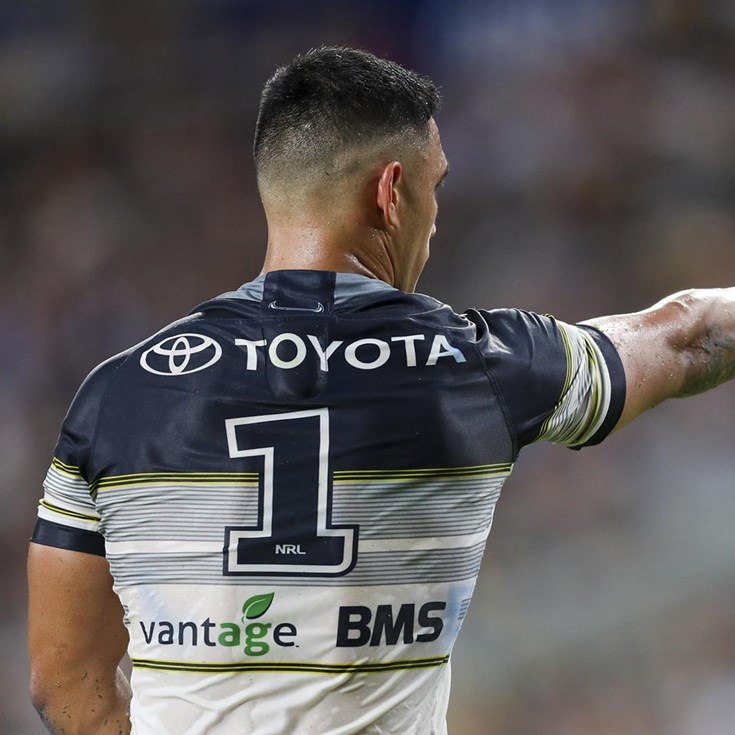 Granville back on the tools during NRL shutdown