Their playing styles and nicknames couldn't be more different but Gorden Tallis and Steven Menzies share the honour of being named Simply The Best second-rowers of the past 30 years.

"The Raging Bull" Tallis and "The Beaver" Menzies have edged out dual international Sonny Bill Williams and Eels legend Nathan Hindmarsh in the most closely fought selection battle since the launch of the voting concept two months ago.

Tallis was known as a fearsome forward in attack and defence, intimidating his opponents with his trademark aggression during his club career at St George and Brisbane, in the State of Origin arena with Queensland and at Test level with Australia.

Menzies was more of an attacking threat, setting records for his try-scoring with Manly and also starring for the Blues and Australia on the representative stage.

After the initial 10-man shortlist was trimmed to the final four second-row candidates, Tallis beat SBW by the closest of margins while Menzies was also pushed all the way by Hindmarsh for the other spot.

NRL.com recently launched the search for the Simply The Best players from 1990 to now to commemorate the 30th anniversary of the iconic Tina Turner promotional campaign.

More than 117,000 votes were cast via this article and the two head-to-head polls on the official NRL Instagram and Facebook accounts to decide once and for all which two second-rowers are Simply The Best.

The NRL.com newsroom initially narrowed the race to be the best second-rower to a shortlist of 10.

There have been so many talented performers in the back row during the past three decades that we could not squeeze them all into the shortlist, including dual international Brad Thorn, Raiders legend David Furner, Queensland trio Matt Gillett, Gavin Cooper and Gary Larson, Souths stalwart John Sutton and former internationals Adam Muir, Simon Mannering and Tony Puletua, as well as Broncos skipper Alex Glenn.

After overcoming serious knee injuries as a teenager, Cordner established himself at the Roosters, playing in the 2013 grand final win over Manly. He rose into the representative ranks with NSW and Australia, becoming captain of both sides in 2018 and enjoying success at both levels as well as on the club scene, leading the Roosters to back-to-back premierships.

The goal-kicking forward made his debut for the Steelers in 1998 and was St George Illawarra's best player in the grand final loss to Melbourne the following year. He switched to the Roosters in 2000 and ended up playing five grand finals in the space of five years, including the 2002 victory which earned him the Clive Churchill Medal. He retired in 2009 after scoring 1604 points in 263 NRL games, as well as playing 11 Origins for NSW and 18 Tests for Australia.

Hindmarsh and Widders lay it on

A wholehearted performer who, in his prime, was the NRL's leading tackler as well as a potent attacking player for Parramatta, NSW and Australia. Hindmarsh was part of the Eels' teams which were runners-up in 2001 and '09 and tallied 330 games for the club as well as 17 Origins and 23 Tests before signing off at the end of 2012.

Initially a winger, he was on the flank in Penrith's 2003 grand final upset of the Roosters and gradually gravitated towards the forwards, finding a permanent home in the second row. He left the Panthers after the 2012 campaign to link with Cronulla and won the Clive Churchill Medal in their 2016 premiership win before retiring two years later with 324 games, 17 Origins and 16 Tests on his impressive resume.

The greatest try-scoring forward (third player overall) in premiership history, Menzies retired in 2008 after racking up 180 four-pointers over a 15-year career with Manly, including the three seasons of the Northern Eagles joint venture. A member of the 1994 Kangaroo Tour in his rookie year, the Hall of Famer wore the green and gold on 13 occasions as well as representing NSW 20 times.

A feared enforcer with an imposing tackling technique which occasionally got him into trouble at the judiciary, the English forward kicked off his NRL career at the Roosters in 2001 and was a key member of their grand final win over the Warriors the following year. He played the best part of two decades in his career in both hemispheres, including his six seasons in Sydney, and registered 47 Tests along the way.

The prototype for the modern second-rower, Sironen burst onto the scene with Balmain in the mid 1980s and after playing in the Tigers' back-to-back grand final losses at the end of the decade, he consolidated his career throughout the 1990s at Origin and Test level. "Siro" retired at the end of 1998 with 247 games for his beloved Tigers as well as 14 for NSW and 23 representing Australia.

"The Raging Bull" was a nickname befitting the aggression and dominance Tallis displayed from his first few seasons at St George then his lengthy tenure with Brisbane, Queensland and Australia. A member of the Broncos' premiership-winning sides of 1997, '98 and 2000, he called it a day in 2004 after 214 NRL appearances, 20 for the Maroons and 16 with the Kangaroos and was inducted into the Hall of Fame in 2018.

Originally a centre, he formed an imposing partnership alongside Mal Meninga in Canberra's 1994 premiership win before eventually moving into the pack. Wiki was a muscular presence for the Raiders over several seasons before returning to New Zealand in 2005 to play for the Warriors where he added plenty of mettle to their forwards before calling time on his career three years later with 311 NRL games and 55 Tests for the Kiwis on his Hall of Fame highlight reel.

With a combination of size, speed and power, SBW was a revelation from the moment he broke into the NRL ranks with Canterbury in 2004 and was a key member of the team which beat the Roosters in that year's grand final. He controversially left the club mid-season in 2008 to play rugby for the All Blacks but returned to the NRL in 2013 where he helped the Roosters to a premiership in the first season of a two-year stint before again switching to rugby. 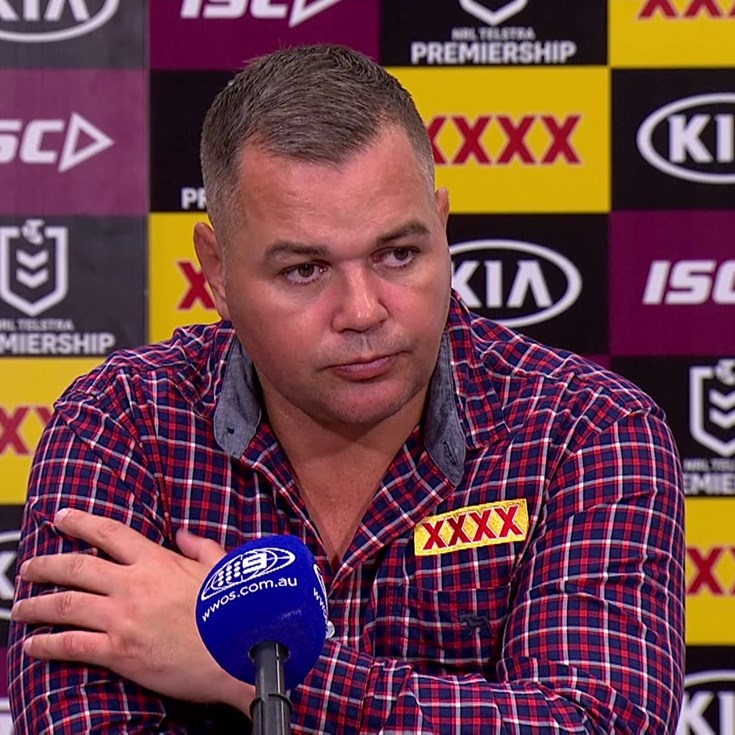 Simply The Best: Prop poll down to final four candidates