They're the two local products who will step up to play a key role for the Knights in round three but their journeys towards playing in the NRL couldn't be any more different.

Tex Hoy and Chris Randall will run out to an empty Campbelltown Stadium on Sunday afternoon.

For one player in Hoy, the hype and expectation around the rising talent has always been there.

However, for Randall, it's a case of never giving up.

Knights coach Adam O'Brien resisted the urge of picking veteran Andrew McCullough after the former Bronco arrived at the club last week, to reward Randall, 24, who was signed as a development player in March.

A near unknown and Lakes United junior, Randall's growth in Newcastle's local competition put him on the club's radar in 2018.

He was among the best for the Knights' Canterbury Cup side 12 months later and O'Brien to remain eager to use him at the top level.

"He's one of our fittest players and is a hard worker. I'm really happy for him that he's getting a run this week and hopefully we can make the occasion a good one."

Hoy's path in the Knights system has been clearer since the teenager began playing in the club's Harold Matthews side in 2015.

The son of former professional surfer Matt Hoy will replace suspended star Kalyn Ponga in the fullback jersey against Penrith.

"I think Tex will back himself, he's had really big season [but] here's no pressure on Tex from our point of view, we know he'll do a good job for us," Pearce said.

"He's got his opportunity with Kalyn being out. He's a natural footy player and certainly earned his debut.

"I'm sure it will be the first game of many. I've got full confidence in him that he'll have a very good and long career.

"Randy is no different and probably one of the fittest players in the club. He's a local junior and has fought for everything to get this spot.

"As a club we're proud of them and as a senior player you want to do anything to get them a win in their first win."

The Knights will travel to Campbelltown on Sunday morning before clashing with the Panthers, who were dominant in a 54-10 win in the corresponding fixture last year.

Panthers halfback Nathan Cleary scored four tries and kicked nine goals in a record-breaking day out – an afternoon Pearce was on the receiving end – but will be missing for the season reboot through suspension.

"Nathan's a big loss for them. At the start of the year I thought he was close to probably the best halfback in the competition," Pearce said.

"He was really dominant, so anyone who loses an experienced half and game management type player is a loss.

"The two halves that are filling in (Burton and Luai) are talented players and we'll have to watch them."

Meanwhile, Pearce welcomed the news Ponga was expected to re-sign with the Knights on a long-term deal within weeks.

"It's huge ... I've said it publicly a few times that Kalyn's the best young player I've played with," Pearce said.

"Everyone knows what he means to this team. Hopefully that gets sorted soon. No one would be happier than me, that's for sure." 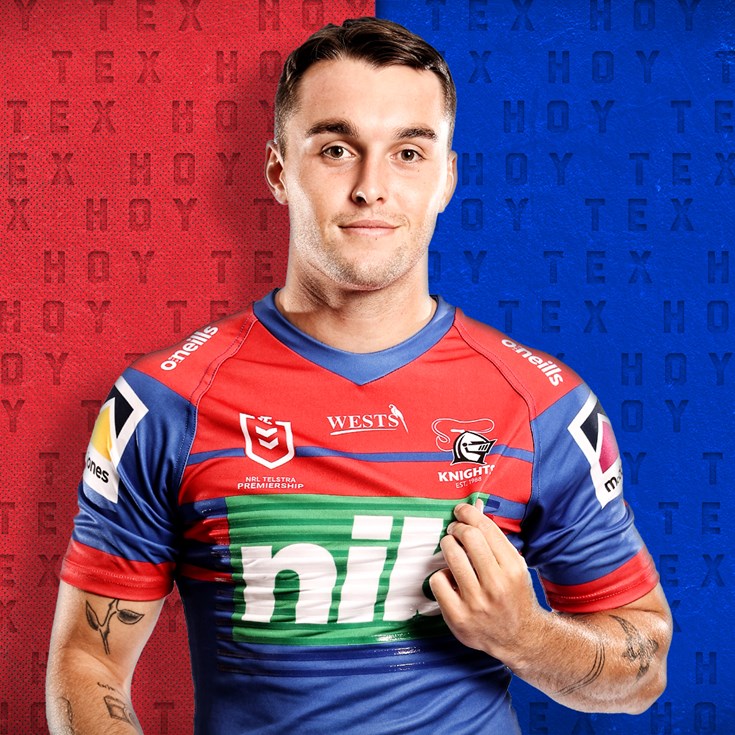 Pearce may not play against the Raiders