If the winless Titans are going to salvage their season, they must start with an upset win over the Wests Tigers on Sunday.

It won't be easy to break their duck, however, as the Tigers are coming off a solid victory over the Sharks, with new hooker Harry Grant fitting beautifully into the club's strong spine.

The Titans tried hard in their latest loss to the Cowboys but were ultimately outclassed.

Titans: Young Tonumaipea (No.17) will start in the centres with Tyrone Peachey back to the interchange bench. Phillip Sami will start at fullback and Anthony Don (No.20) on the wing. In another change from the team announced on Tuesday, Bryce Cartwright will start in the second row, with Keegan Hipgrave dropping back to the bench. The Titans have won five of their past seven games against Wests Tigers.

Wests Tigers: No changes to the 17. Josh Reynolds and Matt Eisenhuth were left hour an hour before kick-off after Corey Thompson and Michael Chee-Kam were omitted from the extended bench on Saturday. Winger David Nofoaluma has scored eight tries in his past seven games.

Benji Marshall continues to defy age, the Tigers legend earning another three Dally M votes for his role in the win over the Sharks. Wearing the No.6 for the Titans is set to be Ash Taylor, the talented but inconsistent 25-year-old. If either five-eighth has a stormer, their brilliance could clinch the result. 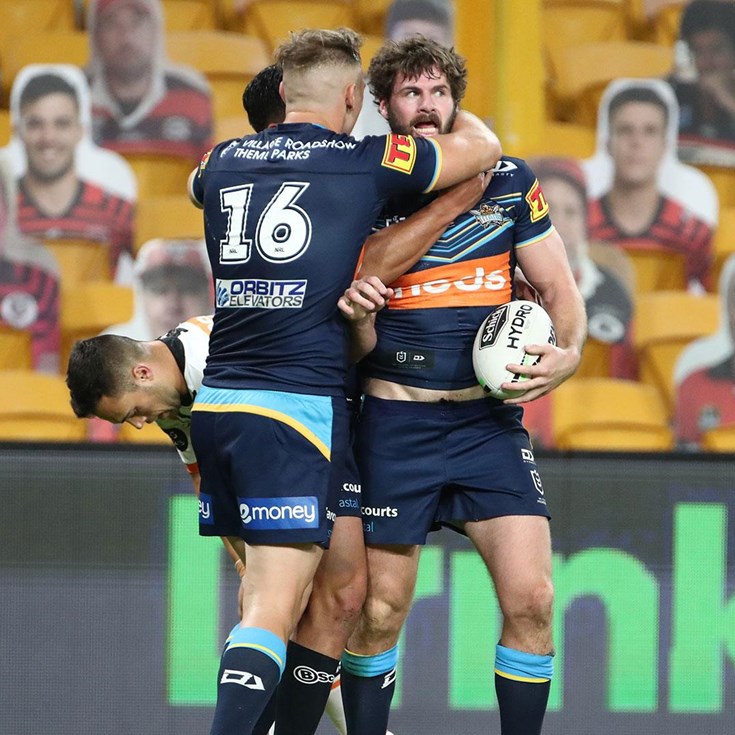