Paul McGregor's bold call to bench Ben Hunt and reinstate Matt Dufty paid off as the Dragons got off the mark with a 30-16 win over Cronulla on Sunday.

Facing a club-worst 0-5 start to the season with his side having not scored a try for two games, the under-pressure St George Illawarra coach opted to use Hunt at dummy-half - a role he has played at Origin and Test level - instead of his usual place in the halves.

Hunt looked comfortable after coming on at the 22-minute mark at Campbelltown Stadium, pushing captain Cameron McInnes to lock. He had a hand in two tries and scored one himself.

The 30-year-old said he "wasn't overly surprised" when McGregor asked him to change positions because he "hadn't been playing well".

"Things like that have happened to me in the past and I've learned there's no point sitting around and sooking about it," Hunt said, later adding he felt less pressure and enjoyed himself.

"I just tried to get on with it and I just wanted to win more than anything. If he thought that was the best way for us to get a win I was excited to do it.

Dufty bursts through on the right of the posts

After being dropped last week, Dufty was a late inclusion at fullback with Corey Norman partnering second-gamer Adam Clune in the halves. Veteran forward James Graham was demoted to the interchange in favour of Trent Merrin.

Dufty recorded a try, two try assists, 197 running metres and 10 tackle breaks to show why he can be a valuable attacking asset.

Initially set for a 6:30 pm kick-off, the match was brought forward two-and-a-half hours after the Roosters-Bulldogs clash scheduled for the earlier timeslot was postponed until Monday as Canterbury prop Aiden Tolman underwent a COVID-19 test. The test came back negative.

Dufty had an almost immediate impact when he crossed for what seemed like his third try of the year. But the Bunker found that Zac Lomax had obstructed the defence.

The Dragons were quickly dealt another setback as Cronulla, bolstered by the returns of senior players Chad Townsend and Andrew Fifita, scored through club debutant Mawene Hiroti in the fourth minute.

The former Rabbitohs winger touched down after a superb one-handed offload from ex-Dragon Josh Dugan.

Hunt and McInnes combine close to the line

St George Illawarra then finally registered a four-pointer and again Dufty was involved, the custodian throwing a terrific cut-out pass to assist winger Mikaele Ravalawa. Zac Lomax's goal put the Dragons ahead, but the lead was short-lived.

Capitalising on a centre-field attacking scrum after an error, Cronulla spun the Steeden to the right and Sione Katoa finished a simple backline move in the corner.

Will Kennedy, handed a reprieve at fullback after Matt Moylan was ruled out with hamstring tightness, held the defence up perfectly as he delivered the final pass.

Tensions threatened to boil over soon after when Sharks back-rower Briton Nikora was penalised for crunching Clune marginally after he kicked. On the back of the penalty and a six-again decision, Dufty got onto the scoresheet after Hunt, McInnes and Norman combined.

The Dragons landed a big blow in the shadows of the break with Hunt selling a dummy and reaching the chalk.

It was a grind to begin the second term but it appeared as though Cronulla had closed the gap as Wade Graham grounded a loose ball after Lomax tried to offload in-goal.

Luckily for St George Illawarra, replays showed Connor Tracey had knocked on while tackling Lomax and the try was disallowed.

Hunt found McInnes close to the line in the 62nd minute and the skipper crashed over under the posts to give the Dragons a 14-point buffer.

Katoa crosses from the scrum

However, Graham wouldn't be denied for Cronulla after a lovely Johnson pass with 10 minutes to go to set up a thrilling finish.

The Sharks looked ominous with the momentum on their side but a massive tackle from Tyson Frizell to force an error metres away from the try-line provided some relief for St George Illawarra.

Dragons fans would have been having heart palpitations with three minutes remaining when Jordan Pereira failed to ground the ball in-goal, only for teammate Euan Aitken to arrive in the nick of time before Cronulla's Sione Katoa pounced.

Dufty iced the team's first win since the final round of 2019 with another beautiful pass to provide a double for Ravalawa.

Hunt was full of praise for the livewire Dufty.

"What he brings to the team is a bit of electricity and spark. He's a fast little player who sort of bounces around," Hunt said.

"He's been in and out of the side but he's held himself really good this season. I'm excited he's back in the team, he can really create for us." 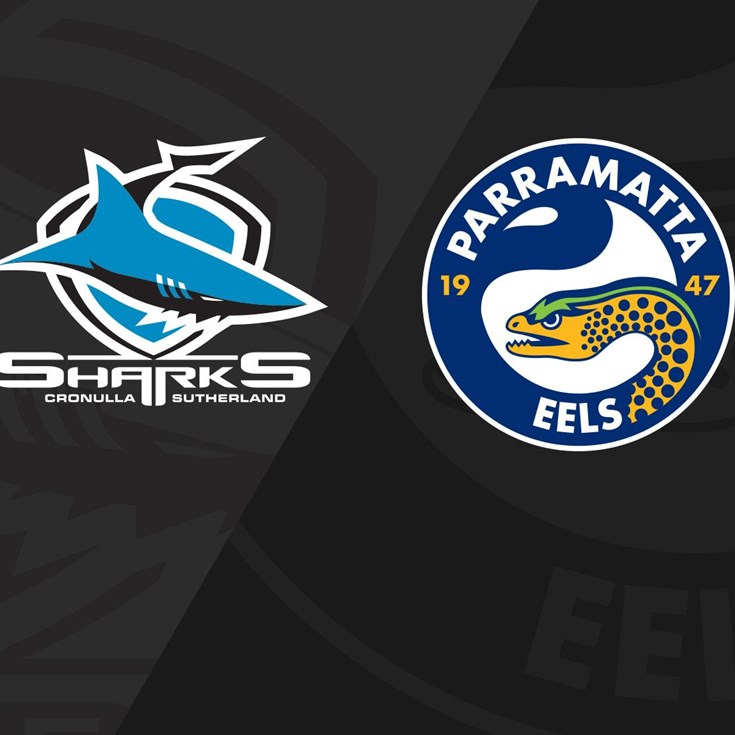