Parramatta have overcome the loss of Mitchell Moses to hang on and beat the Raiders 25-24 in a golden point thriller at Bankwest Stadium.

Clint Gutherson proved the hero for the blue and gold, sinking an 87th-minute field goal after the Raiders were ruled to have knocked on in the lead-up on an emotionally-charged night.

A double to Charnze Nicoll-Klokstad levelled the scores at 24-24 and sent the game into extra time after the Eels had led by 12 with five minutes remaining in regular time.

Parramatta were forced to play without Moses from the 34th minute after he hobbled from the field with a suspected calf injury.

Moses immediately had ice the back of his lower left leg with scans to confirm the severity of the injury in the coming days.

"I don't know [how bad] but he'll be out for a bit," Eels coach Brad Arthur said post-match.

"He had a bit of a calf complaint in the COVID-19 period. He was back peddling to get back onside. I thought we did alright [without him], Dylan took control of the team and had some tremendous help from our middles.

The loss of Moses came just minutes after an emotionally charged incident that involved Raiders forward Corey Horsburgh, who left the field in distress with a knee complaint.

Horsburgh's departure left him in tears as he reacted to a barrage of boos from the crowd by raising a finger in return after initially reacting to the tackle on-field by trading barbs with Eels back-rower Ryan Matterson.

It was one of several contentious incidents to come out of the match with Raiders skipper Josh Hodgson on report for an effort in a tackle on Blake Ferguson, while Jordan Rapana may come under scrutiny from the match review committee for a shot on Maika Sivo.

The frustrations from both sides were evident from the start with three disallowed tries to the Eels shortly followed with a dubious Raiders pass in the lead-up to a try to Elliott Whitehead.

Whitehead's effort allowed the visitors to skip to a 12-6 lead after both sides traded tries in the opening quarter.

In-form Eels forward Matterson took just four minutes to cross the line when he was put through a gaping hole by Gutherson.

The Raiders struck back in a similar vein through Josh Papalii before Whitehead's try extended the lead.

Canberra's six-point advantage barely lasted into the second half, however, with a penalty goal enabling Parramatta to bridge the gap to four before Reed Mahoney sent Ray Stone over from close range.

The Eels stormed home with a further two tries as their most experienced men –Gutherson and Michael Jennings – stood up in Moses' absence to play a steady hand.

A try to Jennings continued the flow of momentum before Gutherson delivered a cut-out pass for Sivo to cross in the corner.

Canberra set up a grandstand finish when George Williams placed a well-timed kick for Nicoll-Klokstad, before the Raiders went 100 metres in the ensuing send the game into a thriller.

Missed field goal attempts from Gutherson, Williams and Jack Wighton added to the drama-filled finish, before the Eels fullback stood up with the clutch play late.

The game that keeps on giving

"They all think they can kick field goals because they all practice at training," Arthur said of his side.

"Mitch and Gutho did a bit in the pre-season and do practice after training. We talk to Gutho about practicing his goal-kicking too and he kicked a few tonight.

"It's important we've got a back-up there." 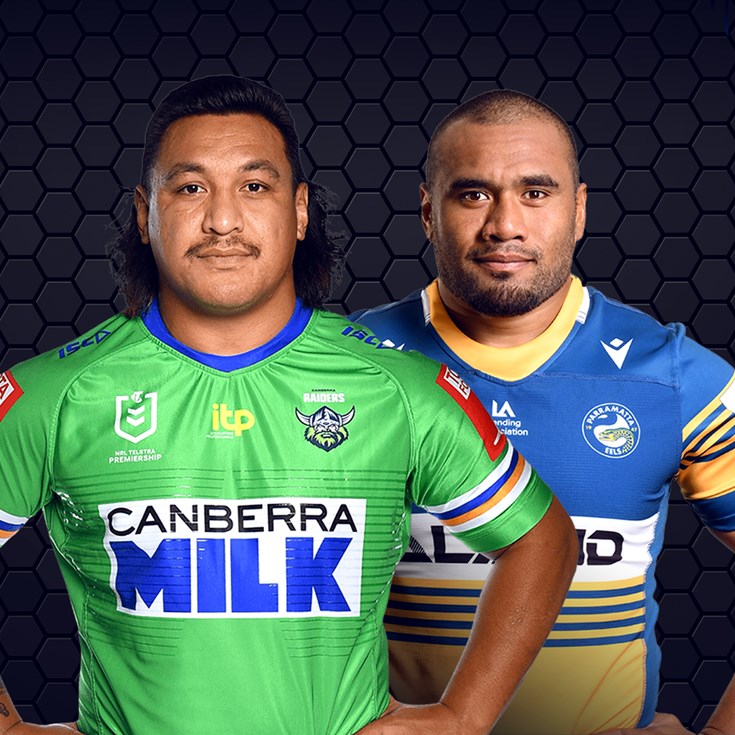