Parramatta's credentials as a true premiership contender will be tested in the absence of star half Mitchell Moses, who had started 2020 in sublime touch before injuring his calf against the Raiders.

Moses' halves partner Dylan Brown continues to come of age. He looks more than capable of running the show and he has plenty of experienced hands around him to make the job easier.

The Cowboys have been hot and cold this season but on their day are capable of racking up big scores and running even the best defences ragged.

Paul Green's men will need another five-star showing from their own playmakers Jake Clifford, Scott Drinkwater and Reece Robson if they are to spring an upset

Eels: The Eels will start 1-17 after Daniel Alvaro and George Jennings were the last two dropped from the bench. Former Dragon Jai Field replaces Mitch Moses (calf) at halfback with David Gower getting a run on the bench. Eels winger Maika Sivo has scored 15 tries in 16 games at Bankwest Stadium. Stefano Utoikamanu and Will Smith were cut from the extended squad on Thursday night.

Cowboys: Valentine Holmes returns from injury and will start the match in No.19. Hamiso Tabuai-Fidow drops out of the squad to make way for the former NFL player. Corey Jensen was the other player left out an hour before kick-off. Jordan McLean (calf) ws ruled out on Thursday with Francis Molo to start at prop and Reuben Cotter joining the bench. Jake Granville was the other player omitted from the extended bench 24 hours before kick-off. Justin O'Neill has been named on the wing with Tom Opacic at centre. Winger Kyle Feldt has scored eight tries from his past five games against the Eels.

Reed Mahoney v Reece Robson. Eels rake Mahoney is the glue that binds Parramatta, going about his work with class and zero fuss. Robson, who like Mahoney is 22, has made the most of his chance to wear the Cowboys No.9 and possesses a strong running game. 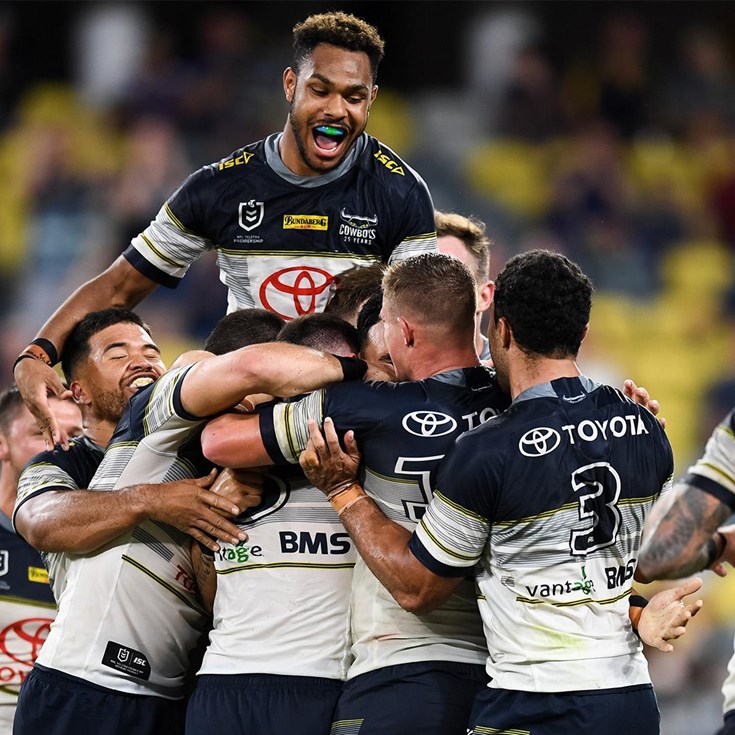