Change appears inevitable at the Bulldogs with a host of personnel off contract but Josh Jackson has implored the club to sign senior players Adam Elliott and Kieran Foran, plus coach Dean Pay.

Along with Elliott and Foran, the likes of Aiden Tolman, Kerrod Holland, Jack Cogger, Marcelo Montoya, Sauaso Sue and Raymond Faitala-Mariner are unsigned beyond 2020.

It's no secret that Canterbury will have cash to splash from next season with their salary cap in order again after a series of back-ended deals stifled their spending in recent years.

The club has been linked to a plethora of big-name players, including John Bateman and Nick Cotric, but Jackson has faith in the current squad and the captain wants to see some loyalty shown.

Asked about Elliott, Jackson said Canterbury "would be silly" not to do everything in their power to secure the lock.

Dragons coach Paul McGregor on Thursday said they would wait until they knew whether Jack de Belin would be available next season before potentially expressing interest in acquiring Elliott, who has been in career-best form.

"If he was at any other club that was towards the top of the ladder, everyone would be talking about how well he's going. He's played fantastic for us, he's nearly been our best every week," Jackson said.

"If there was any representative footy towards the middle of the season, that Origin period, I think he'd be one of the guys who'd be getting spoken about a lot.

"He works extremely hard on his game on the physical side and on the skill side of things and the results have shown this year.

"He's taken his game to a new level and he's a guy who's really out there leading us every week.

"So I really hope that we're able to keep him here because I think he's an integral part of the future and what the club's building."

The Bulldogs on Thursday evening confirmed that a video of Elliott that was aired by Channel Seven has been passed on to the NRL Integrity Unit.

"The video relates to something that was filmed at a private gathering five years ago," a club statement said.

The NRL has confirmed Canterbury's cooperation and its investigation into the matter.

Jackson was equally emphatic in advocating for veteran five-eighth Foran's deal to be extended.

"He's obviously a really quality player, Foz, and he's a great bloke to have around. We've all seen here how hard he's worked to get himself back on the field and the sacrifices that he's made," he said.

"He gives us a lot of confidence playing and he's great for the younger guys coming through too."

As for Pay, Jackson said the mentor "deserves an opportunity to stay on" after moulding a gritty team in trying circumstances since 2018.

"I think it would be a great move ... But there's always going to be this sort of speculation [about the coach's future] when we're not performing and putting in the results," Jackson said.

The skipper also hit back at suggestions there's a problem with Canterbury's culture.

"It really frustrates me when people come out and slam and stay stuff about our culture, because the people that are coming out and saying that have never been here in the walls," the second-rower said.

Jackson said English import Luke Thompson was unlikely to face the Rabbitohs at Bankwest Stadium on Sunday, with the prop having started team training this week after emerging from quarantine.

Montoya will play his first match of the season at centre after overcoming knee and hamstring problems. It's a timely boost given fullback Will Hopoate is sidelined due to an ankle syndesmosis injury.

"It was tough to see 'Hop' go down last week... he's going to be a huge loss for us but I think the boys are looking forward to putting their best foot forward for the team," Montoya said. 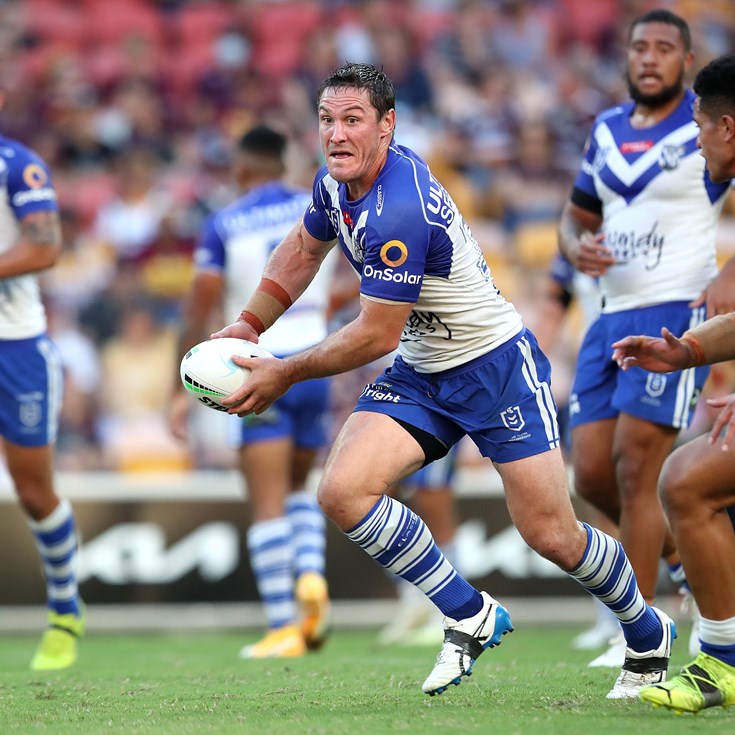 Pay proud of Bulldogs but peeved at 'ridiculous' penalty counts