A depleted Knights team managed to hold off Manly 14-12 at Lottoland, when dramatic scenes in the final seconds led to  Sea Eagles prop Addin Fonua-Blake being sent off for dissent.

Fonua-Blake and lock Jake Trbojevic had been arguing with referee Grant Atkins over the decision not to rule a penalty try to winger Tevita Funa right on full time.

Funa had been flying down the eastern touchline and kicked ahead. It appeared Newcastle's Bradman Best had muscled him off the chase. But the NRL Bunker's Jared Maxwell ruled the challenge was fair and the Knights players jumped into each other's arms.

"Well that's your opinion," Atkins replied. He ordered the skipper to send his teammates away but lost patience with Fonua-Blake, sending him from the field after the final siren.

Audio of the incident reveals he called the referee a "f---ing retard". Manly coach Des Hasler said Fonua-Blake had apologised for the incident after the game.

It was the second time in the latter stages of the match that Sea Eagles fans thought their team had snatched a win over a gallant Knights side.

The fans may have only numbered 2271 due to COVID-19 restrictions but they nearly raised the roof when they thought skipper Cherry-Evans had scored the match-winner in the 67th minute by retrieving his own kick over fullback Kalyn Ponga.

But the Bunker found a Danny Levi knock-on in the contest with Kalyn Ponga before Cherry-Evans scooped up the loose ball.

Seeds of the Knights gallant victory came midway through the second half when they withstood a barrage on their line. Best, Lachlan Fitzgibbon and Andrew McCullough pulled off try-saving tackles on Funa, Cherry-Evans, and Brad Parker in quick succession.

The Knights were out on their feet but they just kept turning up. They didn't score in the second half but they gave it their all.

Both sides had to reshuffle early. Edrick Lee (left forearm) left the field with Hoy coming onto the left wing. Then Cherry-Evans was sin-binned for impeding  Fitzgibbon's chase of a Mitchell Pearce kick, which led to the Knights' first points – a Ponga penalty.

Another error by Manly – Curtis Sironen not locking into the scrum – led to McCullough barging over from dummy-half. It was 8-0 and Manly hadn't been inside the Knights' 20-metre line.

Cherry-Evans returned and three minutes later he darted through unsuspecting forwards to score an easy try.

Manly then defended four sets on their line, while surviving a 4-1 penalty count against them, to provide further encouragement.

But a "coach-killer" struck with 39 seconds left before the half-time siren, when a Pearce kick was gratefully accepted by Kurt Mann. The Knights headed to the sheds up 14-6.

Play had been held up just minutes from half-time, when Sione Mata'utia was treated for a head knock – his second for the match. He left the field and didn't return.

The Knights were down to 15 men for the full second half, which became 14 when they lost Ponga to a head knock with 13 minutes on the clock.

Cherry-Evans told Foxtel after the game: "It's frustrating not because of the call, we just left it too late for them the way we played. We've got no one to blame there."

He said he didn't think they deserved a penalty try but a penalty would have been "fair game".

Newcastle have leapt into fourth spot while Manly have dropped out of the top eight after being leapfrogged by the Sharks, who beat them last Sunday. 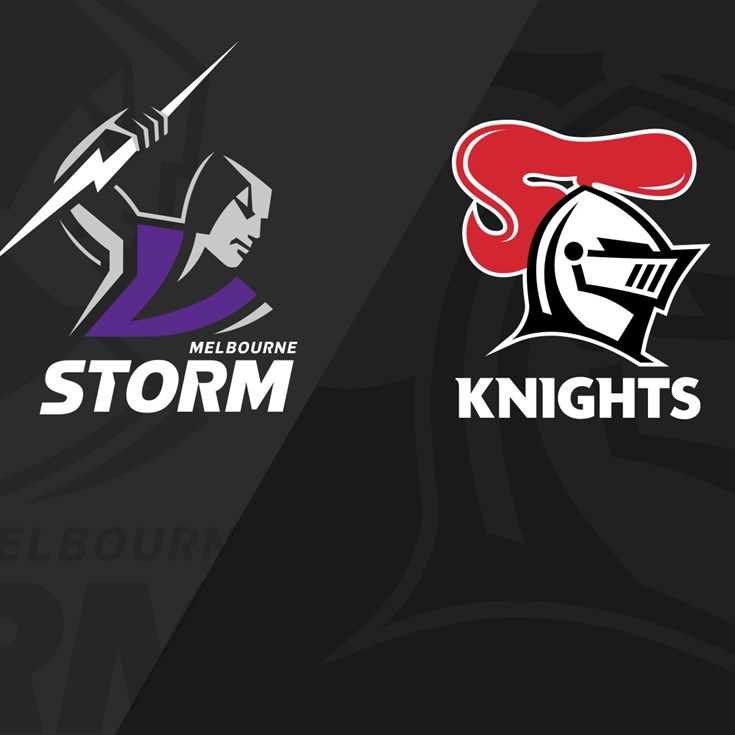