For the second time in a month NRL head of football Graham Annesley has called Manly coach Des Hasler conceding that, in his eyes, the Sea Eagles were on the wrong end of game-defining referees call.

Annesley said on Monday that he personally would have penalised Newcastle's Bradman Best for pushing Sea Eagles flyer Tevita Funa as they pursued a grubber, a penalty that would've given Manly a shot at sending their 14-12 loss at Lottoland into golden point.

Prop Addin Fonua-Blake will serve a two-week ban for his abuse of on-field whistleblower Grant Atkins in the wake of video referee Jared Maxwell's play-on call.

Fonua-Blake apologised in person to Atkins and expressed remorse for his outburst via a club statement afterwards.

Manly have already copped one incorrect decision this year, with the NRL admitting a match-winning try against Parramatta was wrongly denied by a forward pass call.

Annesley stopped short of declaring the Sea Eagles were dudded again, arguing that the line-ball nature of the call saw it come down to "a difference of opinion" during the referees' extensive weekend review.

"In my judgement, when we did sit around and look at all the different angles of this this morning, I believe it should have brought a penalty to Manly," Annesley said.

"The video referee, Jared Maxwell in the bunker, in his judgement, he felt that Bradman Best was committed to the tackle and didn't have sufficient time to pull out of it.

"And that's why he cleared the push and the collision as not having any impact.

The former referee said he discussed "black-and-white" interpretations of such rulings with Humphries, but is adamant officials should maintain discretion in such scenarios.

Best made contact with Funa less than half a second after he kicked the ball down Manly's right sideline.

Annesley argued that a "black-and-white" ruling on all contact in these scenarios would make countless tackles illegal if they come marginally after an attacking player has passed the ball.

"We did talk about whether using judgement in these scenarios is the right way to go or whether they should be just very black and white," Annesley said.

"If we go to a black-and-white interpretation we're going to see a lot more penalties, a lot more stoppages and frankly a lot of them will be very unfair.

"This one's a little different, there is a bit more time, even though it's less than half a second. The ball has travelled a couple of metres before the impact, that's why I think that a penalty was warranted in this case.

"But I still think that both the Bunker and the referees on the field have to be given discretion to make decisions. Our game is not a black-and-white game." 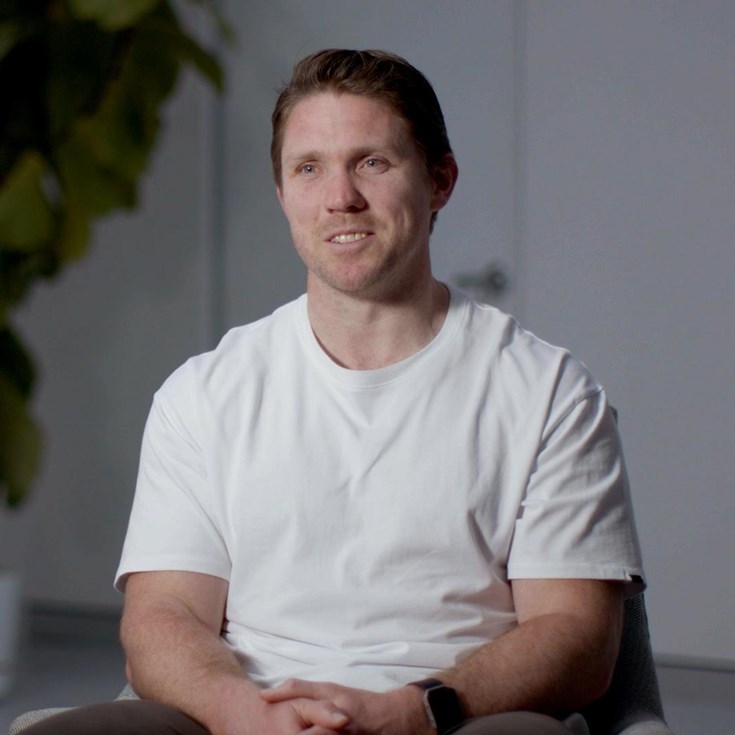