Stopping human wrecking ball Viliame Kikau is one of the toughest tasks in the NRL but Titans coach Justin Holbrook says returning skipper Kevin Proctor is the man for the job.

Proctor is back from a biceps injury for the Gold Coast this week, along with centre Dale Copley, and Holbrook says his experience and defensive nous will be vital in defusing a lethal Panthers left edge.

Between them, second-rower Kikau and centre Stephan Crichton have scored 13 tries in 10 matches for Penrith this season.

"It is [a big challenge] but it's great for us. KP's played for a long time and to have him and Dale Copley back – I thought we missed a few senior players last week and that was the difference," Holbrook said on Saturday.

"To get those guys back, yeah we've got a big job to do to deal with Kikau and Crichton on their left edge, but Kevin's full of experience and he's always been a great defender so I'm confident we'll be OK there."

Holbrook said he was focused on his own team's performance rather the dangers presented by a Panthers side that can regain top spot on the Telstra Premiership ladder with a win on Sunday.

"They're playing really well, they're completing really high and they've got some dangerous strike players," he said of Penrith.

"We've got to play better ourselves. We competed well for 25/30 minutes last week and then got overpowered making too many errors against the Storm. We've got to play the full 80 minutes tomorrow and I'm confident if we do that we can get the win.

"They're a side that don't beat themselves, they play pretty simple really and they've got some strike individual players that they rely on. So it's up to us to make sure we're well aware of that."

The Titans already have one eye on the future with promising forwards Tino Fa'asuamaleaui and Herman Ese'ese signed for next season, while the club is locked in a bidding war with derby rivals Brisbane for the services of 20-year-old superstar David Fifita.

"I'm not sure," Holbrook said on the prospects of signing Fifita.

"I'm not confident, I'm not not confident. It's up to David, I've said that all along, and he'll make his decision soon. If it's us, great, I'll be thrilled. if it's not, we'll get on with it.

"Obviously we definitely know Tino's coming, and he's been brilliant. The whole of rugby league have seen how much of an impact he's having at the Storm. I'm so excited he's joining us, as well as Herman Ese'ese. I think our two new recruits for next year are going to make differences and have a huge impact for us."

The home match against the Panthers has been dubbed 'Sunday Family Fun Day' by the Titans, with a focus on families attending what will be just their third home match with fans since the resumption of the season in round three.

"I think it's great," Holbrook said. "The players have done a great job while there were cardboard cutouts and no fans allowed, but to now [have fans] be able to come to the games – I think it was great at our last outing against the Warriors to storm home and get a win at our home ground so it'd be great to play well again there tomorrow and get a win over the Panthers."

Holbrook said second-rower Keegan Hipgrave was struggling with a shoulder injury and is the only player in some doubt for the match. 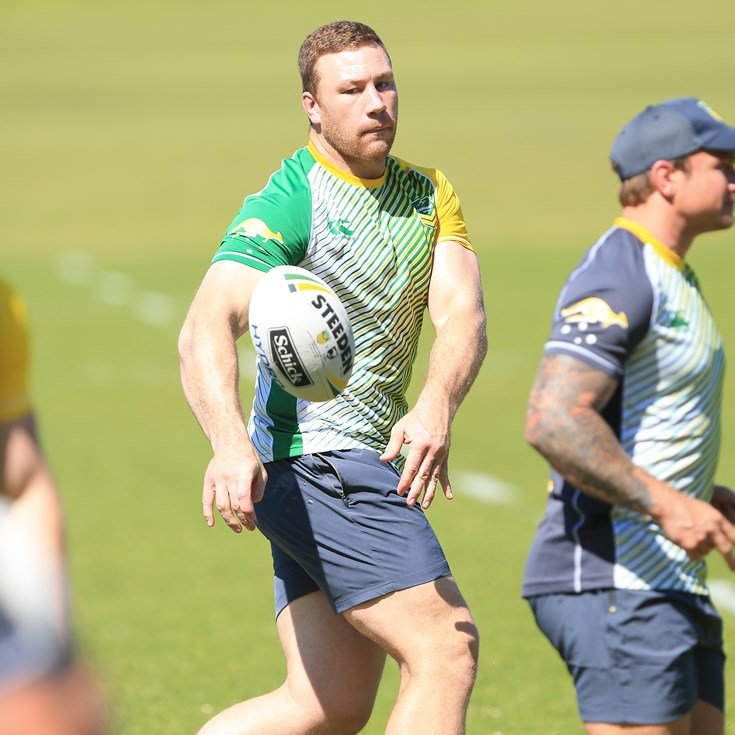 Why Ryan James wanted to play on with Raiders