The Broncos face a tough task turning around their nightmare season against an in-form Sharks team looking to get into the top four conversation.

Brisbane, who have lost eight of their past nine and most recently been outscored 94-8 in heavy defeats to Wests Tigers and the Melbourne Storm, sit just two points ahead of the last-placed Bulldogs and have a significantly worse points differential.

Saturday's news that they have lost key forward David Fifita to Queensland rivals Gold Coast from next season just added insult to injury.

The Sharks, on the other hand, moved into seventh with their narrow derby victory over the Dragons and have scored 40 or more points three times in winning five of their past six.

Broncos: Brisbane will start 1-17 after Pride Petterson-Robati and Jesse Arthars were the last two dropped from the squad. There is another spine reshuffle with Brodie Croft out with a shoulder injury, meaning Anthony Milford returns to five-eighth, Darius Boyd to fullback and Herbie Farnworth shifts to centre with Richie Kennar in on the wing.

Jake Turpin (knee) returns at hooker and Issac Luke (suspension) and Ethan Bullemor are back on the bench with Cory Paix, Tyson Gamble and Jamil Hopoate all dropping out. Paix and Jordan Riki were omitted from the extended bench 24 hours before kick-off.

Tevita Pangai jnr missed a training session during the week with a back complaint but will suit up. The Broncos have won their past six games against the Sharks.

Sharks: In changes announced an hour before kick-off, Braydon Trindall will start at halfback and Jack Williams at lock. That pushes Connor Tracey and Toby Rudolf back to the bench. Centres Jesse Ramien and Josh Dugan are both out with hamstring injuries, with Siosifa Talakai and Jackson Ferris named to replace them. Braydon Trindall joins the bench.

Bryson Goodwin and Billy Magoulias were the last two to drop out of the squad.

Thomas Flegler v Braden Hamlin-Uele: This pair of young props didn't take long to prove their up to NRL standard, now they're setting about climbing up the rankings of the game best front-rowers. If one of this pair can get the better of the other on Friday night those around them are likely to reap the benefits.

The Broncos have failed to score a second-half point six times in 11 outings this season. If they can't put in an 80-minute effort the free-scoring Sharks will punish them and extend Brisbane's miserable run of defeats. 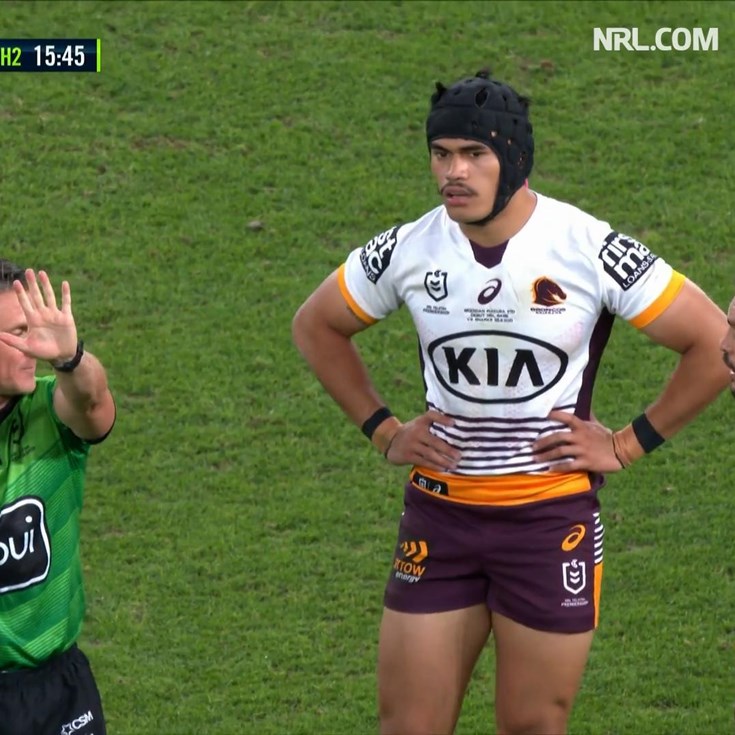 Presented By Sportsbet 3 weeks ago
01:38