The Eels are just one point off the competition lead, but it is the Sharks who enter their round 13 showdown at Netstrata Jubilee Stadium in better form.

The Sharks have won six of the past seven matches to climb to within striking distance of the top four.

The Eels are sitting pretty on a 10-2 record, but coach Brad Arthur will have seen plenty he's not happy about in recent weeks.

A continuation of that indifferent form against Cronulla is unlikely to end with another victory.

Sharks: Josh Dugan, Jesse Ramien and Matt Moylan have been named and will play after overcoming hamstring injuries.

Dugan - who on Thursday said he would be right to play after his hamstring ruled him out of what would have been his 200th NRL game for the past two weeks - returns at centre alongside Ramien, with rookie Jackson Ferris injured and suspended, Siosifa Talakai moving to the second row.

Briton Nikora and Braydon Trindall were the two players dropped from the squad 24 hours before the match. Scott Sorensen will start at lock with Toby Rudolf relegated to the interchange with Jack Williams and Bryson Goodwin missing the final cut.

The Sharks have won six of their past seven games against the Eels.

Eels: Ray Stone replaces Brad Takairangi on the bench with no other changes to the team announced on Tuesday. Ryan Matterson (concussion) is still at least a week away.

Centre Michael Jennings has scored four tries in his past three games against the Sharks.

David Gower and Jai Field were the two players left out 24 hours before kick-off with Brad Takairangi and Stefano Utoikamanu suffering the same fate on game day.

Shaun Johnson v Dylan Brown: Is this a case of the Kiwi's great No.6 taking on the man New Zealanders hope will assume that mantle in the coming years?

Johnson is enjoying a superb season, displaying a level of consistently high performances that have him among the favourites for the Dally M Medal. As for Brown, the sky is the limit for one of the most talented 20-year-olds in the NRL.

The Sharks have enjoyed a great run of success, but there is one area that still requires work. That's the league-high number of missed tackles they've been responsible for. Cronulla have missed 441 tackles in 12 matches - an average of 36.75 a match. 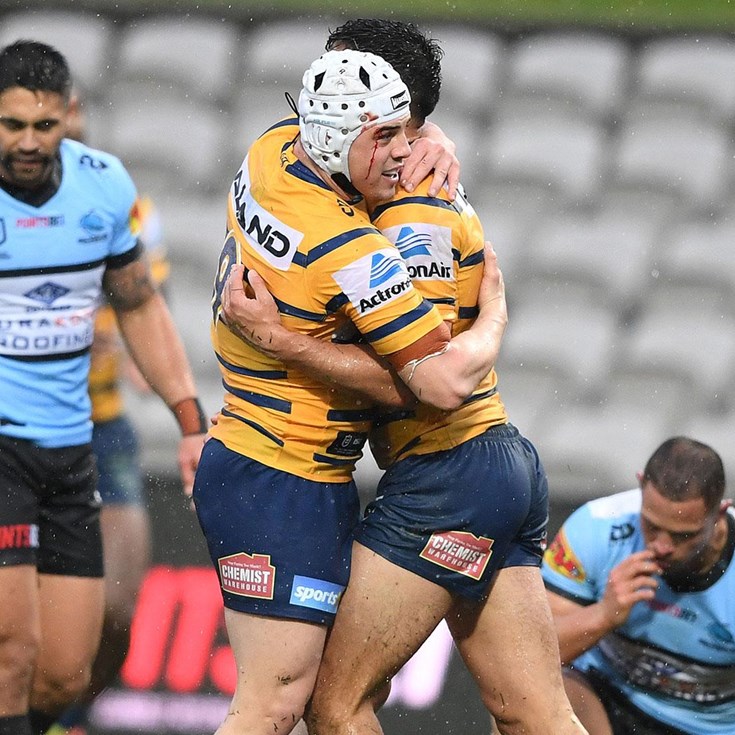