Tristan Sailor hopes to get the chance to reunite with rookie Dragons halfback Adam Clune in Thursday’s match against the Roosters and is putting pressure on Corey Norman for a starting berth.

Sailor has also declared his desire to remain with the club after a mooted loan deal failed to come to fruition.

Sailor confirmed the possibilitty of playing for Wests Tigers on loan had been raised before his selection in the Dragons team for last week's match against South Sydney but the deal is believed to have fallen over after the Roosters signed Sonny Bill Williams.

To accommodate Williams in their 30-man squad, the Roosters released rookie back Asu Kepaoa to the Tigers last week as he had already signed with the joint venture club for next season.

“[Sailor's manager] Dave Riolo was trying to find me an opportunity to play some footy and you've just seen what Harry Grant can do on loan, he's been so good and a couple of the other boys are on loan," Sailor said.

"I think it might have been in the works, but it was great to get an opportunity here and be with the boys on the field."

The Souths game was Sailor's first NRL appearance for 2020 and he is expected to retain his place in the squad in round 13 even with Clune back on deck.

The biggest selection issue at the Dragons likely to be whether Sailor should wear the No.6 jersey ahead of Norman.

Sailor is again likely to again play a utility role from the interchange but he has given the Dragons coaching staff another five-eighth option after setting up a try for Mikaele Ravalawa with a deftly placed kick during his 14-minute stint against Souths.

The 22-year-old also threw an intercept pass to Rabbitohs winger Alex Johnston, who raced away for his third try of the match, but Sailor did not go into his shell after the error.

“I guess it's a big learning experience, especially at the start of my career,” Sailor said.

“They're the things that help you grow as a player. I just identified that I shouldn't have thrown that pass, and the kick might have been the better option the second time.”

Clune and Sailor were on the training field with McGregor and captain Cameron McInnes when the media arrived at WIN Stadium on Monday afternoon.

Sailor said he and Clune were practicing kicking but revealed they had spoken about the possibility of playing together after being the halves for the club’s NSWRL Canterbury Cup team last season.

“It would be unreal to link up with Cluney,” Sailor said. “Me and Cluney are always doing extras together and we were saying that if I get to play me, him and Jackson Ford will finally get to play after we all linked up in Canterbury Cup last year.”

Ford is expected to return to the interchange bench after starting last weekend’s match against the Rabbitohs at lock.

With Trent Merrin also due to return after he and Clune missed the Souths game due to HIA protocols, the Dragons will have greater depth among their middle forwards.

It has been an issue in recent weeks as the team has started well with Paul Vaughan and Blake Lawrie in the front row against the Bulldogs, Sharks and Rabbitohs but lost control of the match after they were interchanged.

The Dragons have finished strongly in each of the three games after Vaughan and Lawrie return to the field in the second half but suffered narrow losses to Souths and Cronulla, while snatching a late win against Canterbury.

"I think we've had three or four games that we could have closed out that would have put us deep in the eight,” Sailor said. “All we have to do is keep working on our game, winning and we should be able to get into the top eight.

“I definitely think I can play that utility position because I can play multiple positions on the field. When I came on I just tried to bring as much energy as I could and play that role.

“It didn’t quite pan out for me at the start but that is just my job to attack and be dangerous.” 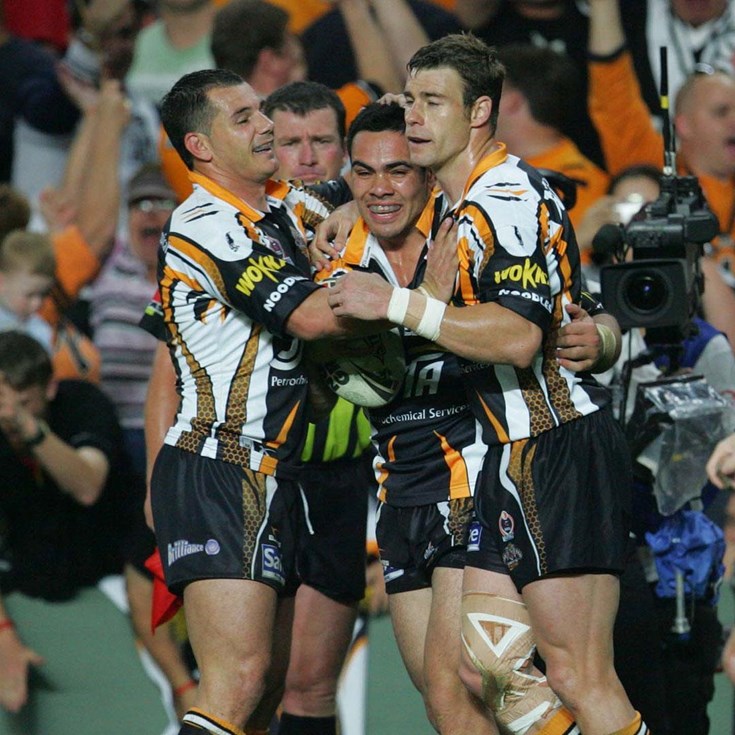 Clune will shrug off broken nose to make Dragons debut