Just when you thought Brisbane's season couldn't get any worse it has – coach Anthony Seibold and powerhouse back-rower Tevita Pangai jnr are out of action due to COVID breaches.

Pangai broke the regulations by attending the opening of a barber shop on Saturday while Seibold had to attend to a "serious family matter" in Sydney on Friday night.

When added to just one win since the resumption of the competition the trip to Canberra could not be any tougher.

The Raiders head into the match having won three of their past five to remain firmly in the top eight.

Raiders: A match-day change at lock for Ricky Stuart with Ryan Sutton coming into the starting side and Hudson Young dropping back to the bench. Matt Frawley and Harley Smith-Shields drop out of the squad.

Hooker Siliva Havili has been cleared to play despite a triceps strain. Reserve utility back Michael Oldfield is out after breaking his thumb at training this week, with surgery putting him out for 6-7 weeks.

The Raiders have won four of their past five games at GIO Stadium.

Sam Williams and Kai O'Donnell were the two players left out 24 hours from kick-off.

Broncos: Reserves Ethan Bullemor and Jordan Kahu  were the final cuts from Brisbane's match-day squad. Matt Lodge (leg fracture), Xavier Coates (leg) and Issac Luke were all left out 24 hours before kick-off. Jesse Arthars (No.21) has been named to start on the wing.

With Tevita Pangai jnr under a COVID hold, Ben Te'o comes into the starting side and 22-year-old Jordan Riki has been named to make his NRL debut from the bench.

Cory Paix joins the bench for his seventh game of the season. The Broncos have won six of their past seven games against the Raiders.

Payne Haas v Josh Papalii: Haas hasn't been attracting the rave reviews he did in 2019, but he remains one of the hardest-working props in the NRL. He is running second in the competition for post-contact metres.

Papalii's continued improvement in recent years has him pushing for the mantle of best front-rower in the NRL.

Both of these sides could do with improvement in the discipline department. The Broncos (87) have conceded more penalties than any other side over the opening 13 rounds and the Raiders (75) are also in the top five of that category. 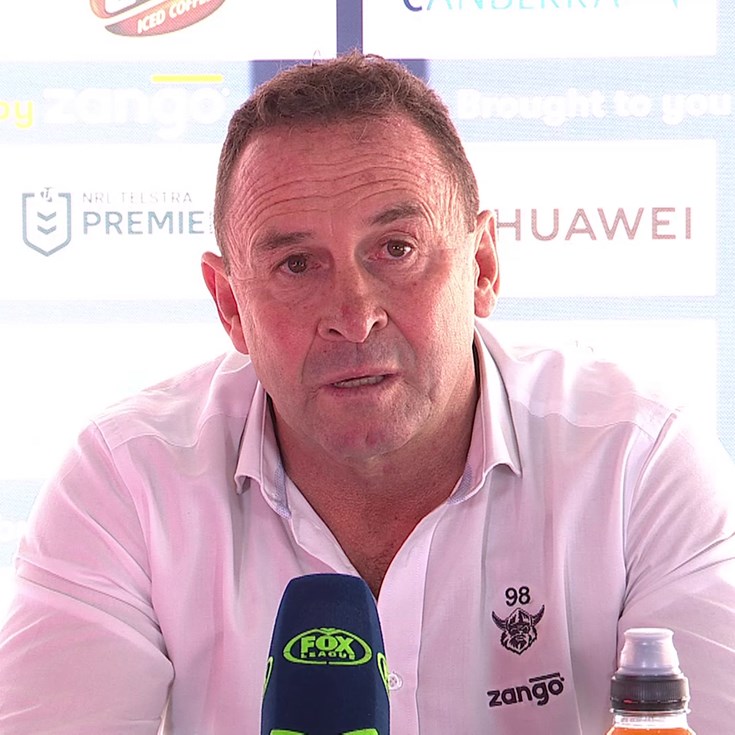 Presented By Sportsbet 4 hours ago
02:09

Eels v Broncos: Mahoney back; Haas and Croft out