There's always a silver lining when two teams with 1-5 records over their past six matches meet – the run of outs will end for one of them.

Wests Tigers are now facing an uphill task to reach the finals, while the goal from here on in for the Bulldogs is to avoid the wooden spoon.

Sunday's meeting between the two sides is one Michel Maguire's side simply cannot afford to lose.

Wests Tigers scored a comprehensive 34-6 win over the Bulldogs when the teams met in round seven at Bankwest Stadium.

Wests Tigers: Star centre Joey Leilua left the club's bubble to attend to a personal matter in Canberra, placing him in doubt for Sunday's western Sydney derby, but on Thursday night he was cleared to return to the bubble.

In a minor re-jig to the bench, Chris Lawrence joins Asu Kepaoa as the players omitted 60 minutes before kick-off.

Alex Seyfarth replaces Thomas Mikaele (knee injury) on the interchange with Shawn Blore also dropping out of the squad on Saturday.

Hooker Jacob Liddle gets his first game since a horror knee injury last year, allowing Moses Mbye to return to centre and Tommy Talau to the wing.

Luke Garner is recalled in the back row and Josh Reynolds returns on the bench following the season-ending injury to Billy Walters. Wests Tigers are aiming for two wins in a season against the Bulldogs for the first time since 2005.

Bulldogs: Reimis Smith replaces Dallin Watene-Zelezniak, who was dropped by Canterbury coach Steve Georgallis. Matthew Doorey is on the bench after Chris Smith was also left out.

Kerrod Holland starts at centre for Jake Averillo, who picked up a hip injury in the loss to the Storm, while Jack Cogger replaces the suspended Lachlan Lewis at halfback.

The Bulldogs have lost their past four games at Bankwest Stadium.

Adam Doueihi v Nick Meaney. After a very tough week, Doueihi will be hoping all he has to worry about this week is rugby league.

He has proven a great pick-up from the Rabbitohs. Over the past few weeks Meaney has arguably enjoyed his best run of form since joining Canterbury.

The Bulldogs have reached 20 points in a match just twice this year – both times against the Dragons. In brighter news, the Tigers have scored at least 20 points eight times. 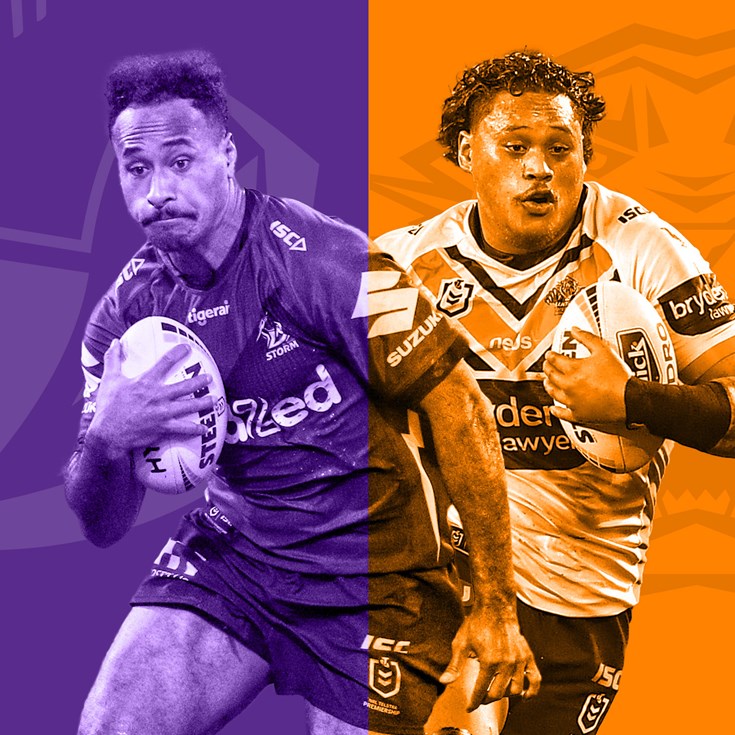